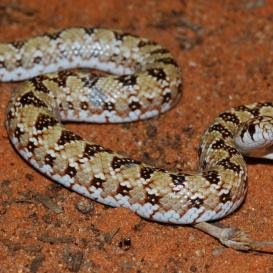 The rules that make a species a species aren’t exactly set in stone. Taxonomists are constantly bickering over classifications of the animals they study; some say that two moths that look very similar might be the same species, while others argue they are sub-species or even of an entirely different kind altogether. These disputes are seen across the six Kingdoms, from Bacteria to Animalia. There are even disagreements over how to classify a species in the first place; whether it’s by producing fertile offspring or particular behaviours.

While it might not be vital information for the average person to know the exact classification of insects or fungi they may never come across, identifications are important for scientists, especially when the animal is endangered.

For example, researchers from Ghent University and from six other countries are saying that a snake species may not actually be a species like it was first thought. New research has shown that The Persian dwarf snake, or Eirenis persicus, is actually six species which have similar morphology and so were considered the same.

The team used a molecular clock analysis to show the geological history between the species. This works by estimating the time of occurrence of events called speciation, which is when different species arise from an ancestor. Such as how chimpanzees and humans evolved from a common ancestor. This is calculated from molecular data such as parts of DNA called nucleotides or the amino acid sequences of proteins.

Findings like these are important for conservation, the researchers say, because while E. persicus was not listed as a threatened species, many of the consequent other species may well be. Taxonomy is also important for research into other areas, such as how speciation takes place.

Insect species can be particularly problematic to study, because there are over 950,000 of them. However, new research might be going some way to helping make sense of the catalogue, as scientists there have managed to capture the moment in which species are becoming new ones.

“Our study addresses one of the central questions in biology: How do new forms of life originate?” said evolutionary biologist and co-author of the paper at Rice Scott Egan.

The team focussed on a process called ‘sequential speciation’, which basically means that the appearance of a new species creates the conditions for other species to jump upon and promote further evolutions of new species’. Every animal occupies its own ecological niche; the food it eats, where it mates, where it sleeps, what eats it, etcetera. Speciation is not an isolated incident, and often when it occurs, new niches are created to be lived in.

Some Rhagoletis flies prefer different fruiting cycles of apple trees to the native North American hawthorn where they traditionally lay eggs. This has lead to them starting to evolve into two species.

The team also looked at three species of wasps which are known to be parasites of the Rhagoletis flies. These were collected from a number of different environments, and analysis shows that all three were also in the process of diverging into two new species, both genetically and in the way they looked and behaved.

These evolutionary changes are known as “sequential” or “cascading” events, as they act as a sort of chain reaction. They may provide additional information to help biologists explain why certain organisms like plants and insects are more diverse and have so many more species than other groups.

This is just one example of new species evolving, and it is likely that it is happening countless times of times all over the world all the time. Some new species may not be successful in their new niche, but that’s just natural selection.

Understanding and identifying the moment that one species becomes two, or even more, can tell scientists a lot about what drives evolution. Taxonomy isn’t the sexiest science, but it could provide the answers for a lot of interesting phenomena.