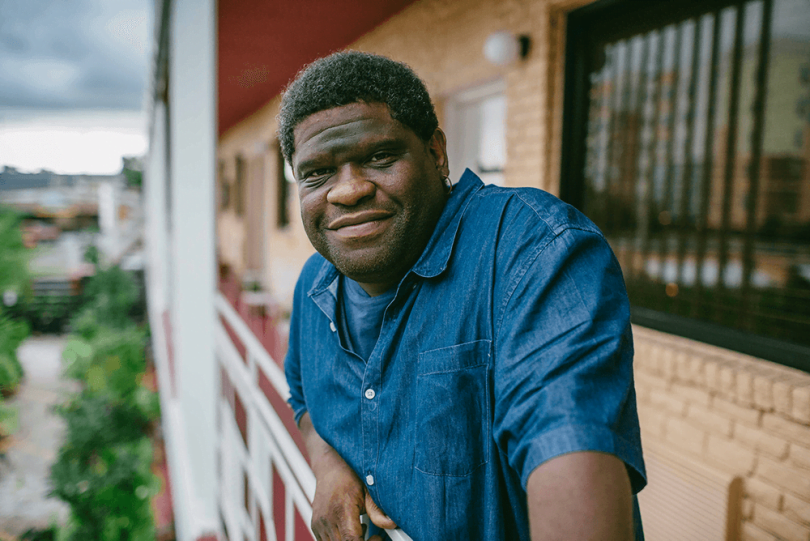 “Yeah, it has been a busy week,” said Guardian columnist Gary Younge as he led me down a Dalston street to an independent coffee shop.

“I’ve been away at events in Bristol and Birmingham, and then Liam Neeson decided to put his foot in it, so I had to write a piece about that.”

Now 50 years old, the experienced journalist sat down with Kettle Magazine to discuss his career and offer his advice to the reporters and columnists of the future.

“I didn’t want to be a journalist originally, I stumbled into it,” he explained. “I studied languages – French and Russian – at university and wanted to be an interpreter, but I had always been interested in politics. It meant I had always liked words and what you could do with them: the power of language.”

Gary was offered a bursary by the Guardian, which helps ethnic minorities and other people underrepresented in journalism, so he could study at City University in London.

He then worked as a translator for the then Guardian Europe, carefully selecting and translating stories from newspapers written in other languages.

“What I consider to be my big break came when I went to cover the first democratic elections in South Africa in 1994. There were stories in South Africa which white people could not get, and there weren’t many journalists to choose from, so they sent me.”

Gary couldn’t drive, so he would get lifts with whomever he could to go out and cover stories. “It was an interesting way of meeting people,” he said, and it was that which enabled him to meet Nelson Mandela’s bodyguards and travel with them on the campaign trail.

He believes his resulting story about Mandela’s historic victory – ‘the black knight’ – is what effectively got him his job at the Guardian.

Moving around within the newspaper on the foreign desk and then as a reporter, he was awarded the Lawrence Stern Fellowship in 1996, where he spent a few months working for the Washington Post.

Meeting his wife Tara Mack in the US, he later moved there, returning to the UK in 2015 with her and their two children.

Now editor-at-large at the Guardian – which means he contributes content and has input into the general direction of the publication – Gary has been writing his column for 20 years, with a short hiatus until recently.

“What is important to remember is everyone’s got an opinion,” he advised over breakfast, “So you have to work out what it is you have got to offer. Just having opinions is not enough.”

He  explained how being a columnist is a blend of news reporting, putting together strong arguments, and perhaps most importantly, individuality.

“You’ve got to figure out what you’re going to bring to the table. Whether it’s experience, age, background, or a slightly unusual take on things. So if you’re a student, write about issues which affect students. Find your voice. It needs to be strong and distinctive, and set you apart from the rest. For example, the bar for Brexit is extremely high now, everything that can be said about it has mostly already been said. So you need to have unique ideas and viewpoints.”

Gary revealed his top tip for aspiring journalists is to “read, read, read”.

“Read everything – from newspapers, to magazines, to websites. Absorb yourself in the news, and read influences you’re not used to.”

He believes a key problem many writers have is not considering the counter-argument to the point they are making in their column, and that can make their argument weaker – so  he stressed the importance of following writers with opposing views.

Another piece of advice he gave for aspiring columnists was to ensure they become experienced in news and ideally be a reporter before moving into opinion writing.

“There is not a form of journalism, including opinion, that doesn’t involve telling a story. So you have got to know the news and have the capacity to write news. Or it is not going to work.”

Gary said the next hurdle for a columnist is being able to come up with fresh ideas every time they write.

“You need to not just be able to craft an argument, but you need an opinion which is intriguing. And you have to do that week in, week out, without repeating yourself and just giving the same view on different things.”

That’s why he had a short break from writing columns, as he felt he needed a refresh before bringing new ideas to the table.

He admitted a lot of his ideas often come up last minute before the deadline for his column and are usually linked to the news cycle.

“For example, I came up with the Liam Neeson piece after his interview [where he said he wanted to kill a black man after a friend was raped] hit the headlines.”

Speaking about diversity in journalism, Gary said: “It is getting better – in newsrooms I used to be one of the only black people – and it has improved, but more work still needs to be done.

“If you’re not getting black people applying for jobs in your newsroom, you need to stop and think, ‘Am I looking in the right places for these journalists?’ If not, maybe you need to start looking elsewhere.”

He added improving the diversity of the staff within our newsrooms would hopefully move to a wider range of communities and backgrounds being represented in the media.

Gary’s final tip for aspiring journalists is a piece of advice I think we should all take.

“Take every opportunity you can. You never know when a chance will come up again.”