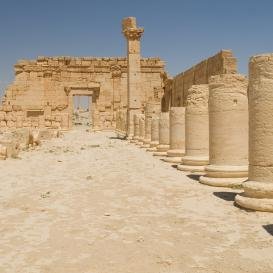 The Syrian army has declared Palmyra will be a ‘launchpad’ for operations against IS following regaining control of the ancient city.

Reacquiring control of the city is thought to be one of the biggest gains against IS since its declaring of a caliphate across part of Iraq and Syria in 2014.

Although the city is mostly clear of IS, some militia still remain in the city, and according to the Syrian Observatory for Human Rights, clashes are still continuing in the North and North-East.

According to Syrian state media, the area surrounding the military airport in Palmyra has been cleared of IS fighters and the airport is now open.

Syrian President Assad has spoken to Moscow thanking them for their support in the operation.

Meanwhile chief of Syrian antiquities, Maamoun Abdulkarim, has told a number of news agencies that the damage was not as bad as they had been expecting, pledging to restore monuments that had been damaged.