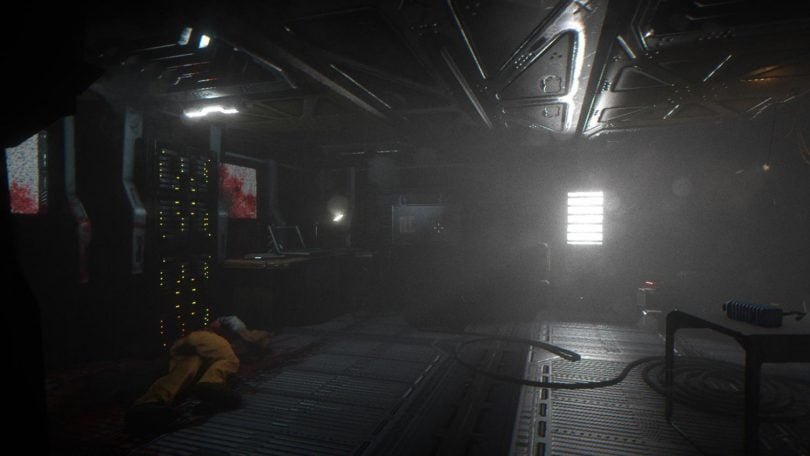 Syndrome is a sci-fi survival horror game, it revolves around the player's experiences upon waking from cryosleep with no memories of what has occurred prior to this. The premise is fantastic and revolves around you discovering that your illustrious scientific exploration ship has been plagued by an unknown terror. The walls are splattered with blood, previously accessible rooms are now blocked due to debris from collapsed ceilings, and the bodies of your once-thriving crew litter practically every room. 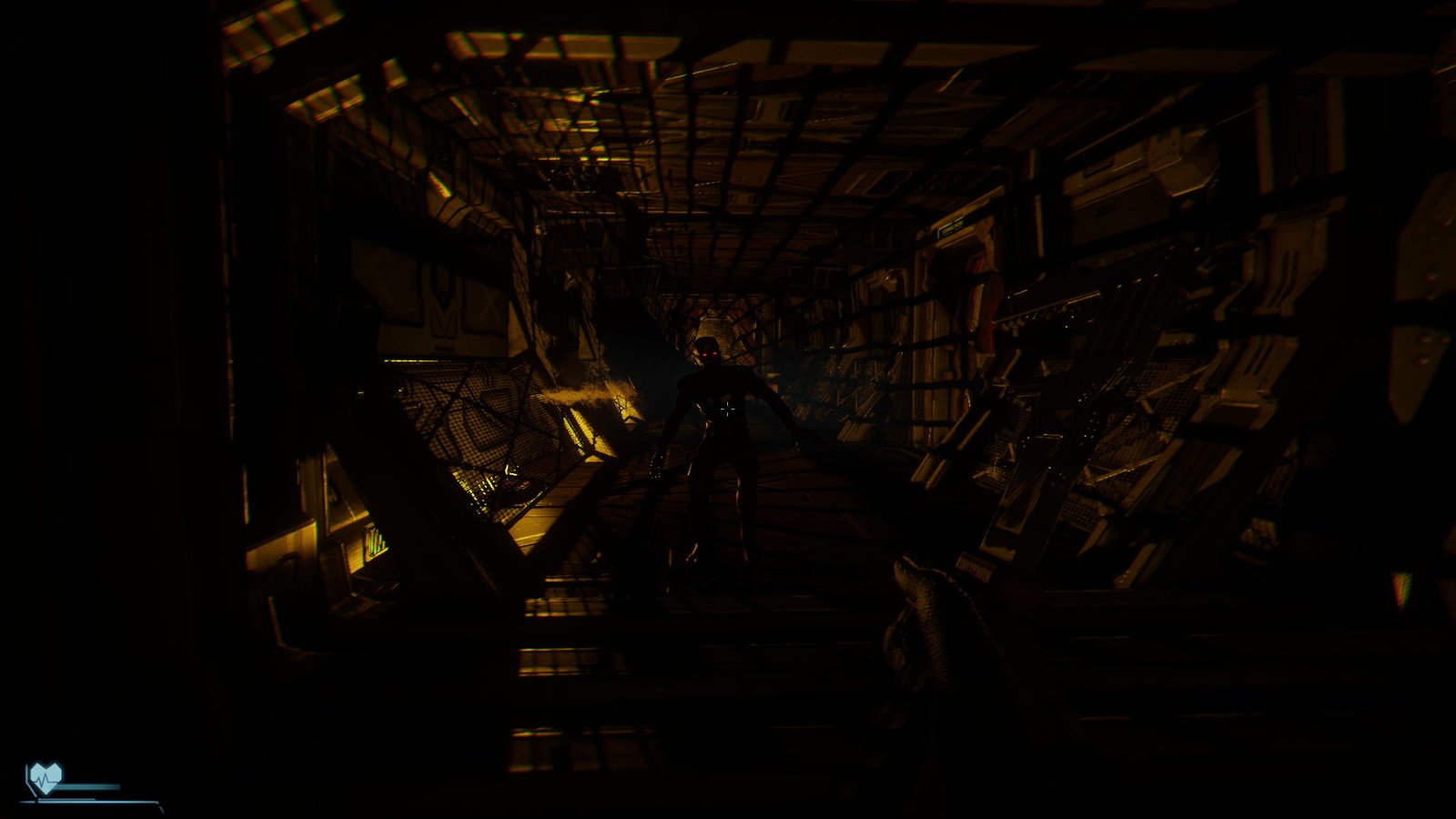 The creators have produced an amazingly suspenseful atmosphere. They have avoided falling into certain tropes that so many games within the horror genre rely on – it isn’t plagued with jump scares and instead builds up suspense slowly; you are made aware of an enemy presence, but it isn’t shoved in your face from the get-go. For the first few ‘sections’ of the game, it has a very naturally tense vibe. They give you that dreadful feeling of being watched that is so rare. This game has great potential but still at times feels like it’s in a beta phase, which is upsetting after its release date being pushed back from late June to early October.

The game starts out well though, it runs smoothly and the art style is great. It doesn’t spoon feed you information, but also doesn’t make it too hard to know where to go and what to do. However, this is only true for the very beginning of the game. Your objectives will come up on the left side of the screen, but be careful to pay attention because these seemingly fade away now and again and leave you with no obvious way of checking your objectives, which is annoying if, like me, you can’t give every game your undivided attention and have a less than perfect memory.

Interaction in Syndrome is another frustrating aspect. Unless you’re stood in exactly the right position, you’ll have problems interacting with anything, which is surprising considering how vital this is in progressing. The diary-like logs are a really great addition to the story, however, if you’re not careful you can find yourself double clicking the logs in a desperate attempt to navigate the buggy interaction function, and you’ll run into the massive problem of not being able to read them because the button to pick up the log is also the one to close it. For me, this is aggravating as the logs are one of the only ways at this point of finding out more about your deceased crew members and vital information, so it is incredible that one misclick removes this aspect. 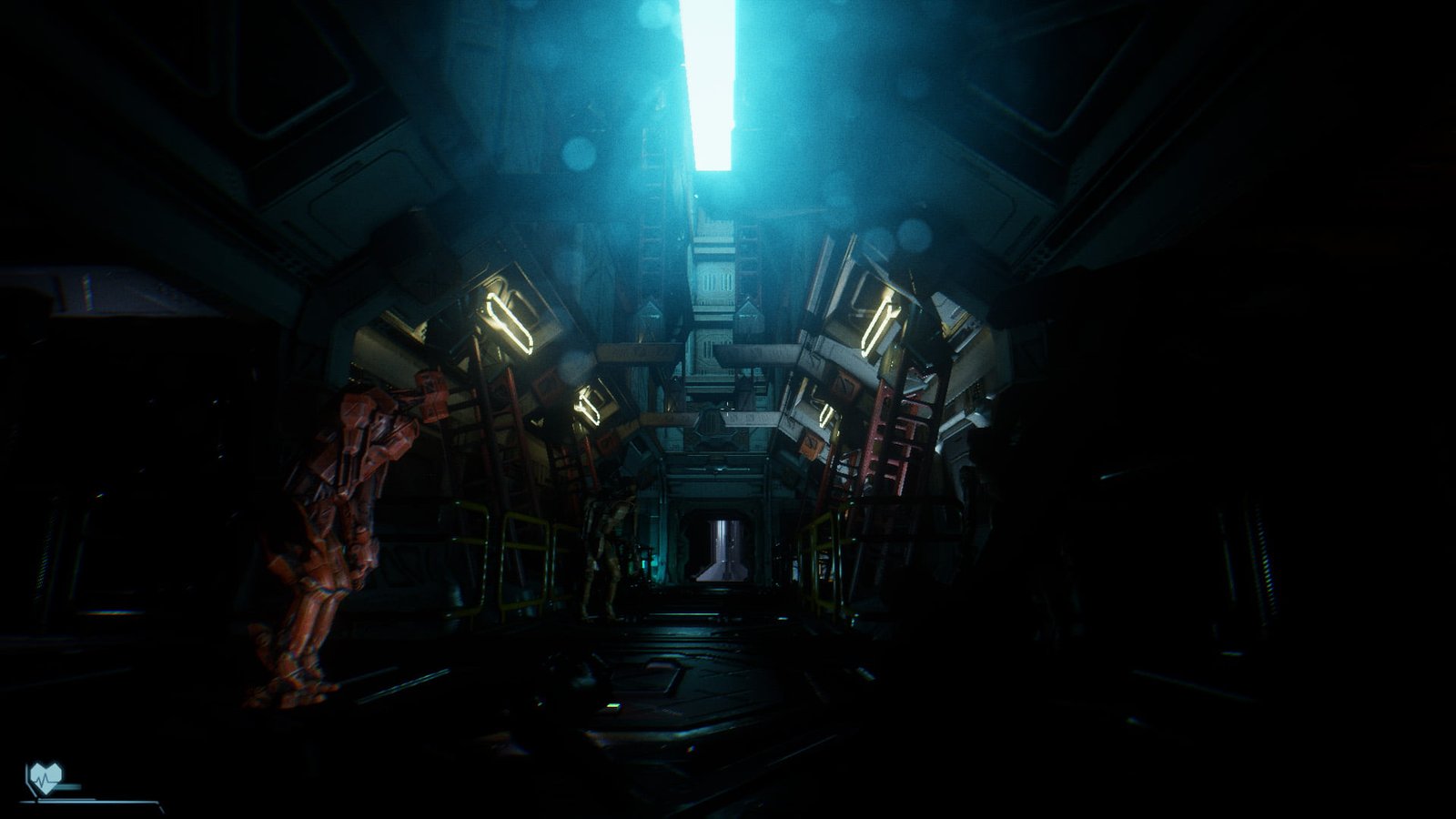 As I personally progressed through the game, I ran into multiple issues. At times I found simple tasks like walking through a doorway impossible; sometimes you’d be able to maneuver your way past invisible barriers and at other times you’ll have no problems. It's quite touch and go. The game started smoothly, but as I progressed the frame rate dipped. At certain times the frame rate dropped to less than 30fps and was infuriatingly jittery. The glitches made the game unplayable, and eventually I rage-quit due to the jittery gameplay.

I rarely give up on games and really wanted to love this game. The premise, as mentioned, was glorious. It’s a suspenseful horror with a great atmosphere but, as is, the frame rate makes it unplayable which is a let-down. Overall, for the $24.99 price tag, this game isn’t worth it. Even without the glitches and frame rate drops, the game isn’t worth the price tag. It’s impressive but fatally flawed; it’s a great work-in-progress but that’s it. Syndrome could be great with more work, but not in its present state.