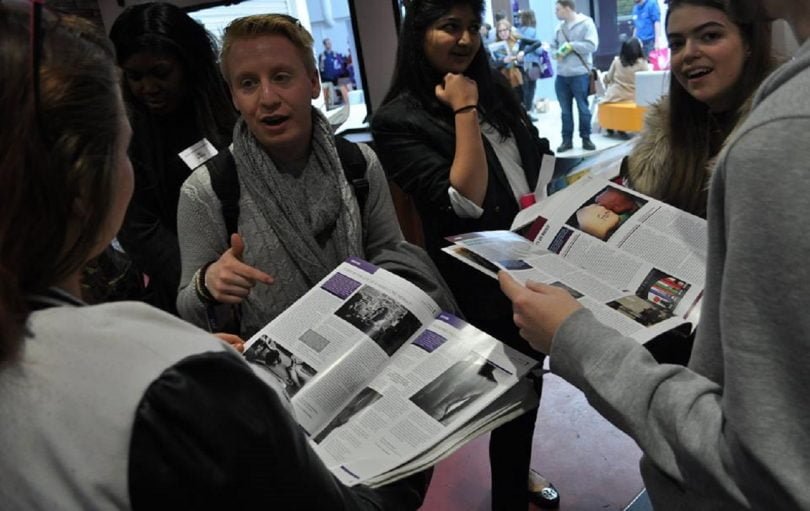 Over the weekend, teams from various student publications met at the Students Union of Loughborough University for the annual conference of the Student Publication Association. At the centre of the conference was the ability to celebrate student media, and for those behind the publications, to hone their craft, to learn from peers, and work together to boost the future of journalism.

The timing of the conference came amid questions on the future of student media, in the year since they last convened at the University of Southampton which saw many publications wonder about the relationship between the university, the student union, their own publication, and their ability to coincide.

From the events at The Badger at the University of Sussex and potential changes to the Freedom of Information Act that could have exempted universities from the law, to the threat of expulsion raised by University College London against Rebecca Pinnington, for something she wrote, student media did not have it easy. However, it is difficult to see university life without student media having an active role in it.

Student media is ubiquitous within university life, and, for that matter, journalism. The SPA’s member publications like The Boar, Epigram, Exepose, Concrete, Forge Press, The London Student, The Gaudie, Gair Rhydd, Wessex Scene and many others up and down the UK, are part of the quintessential foundation for the concepts of universities and education.

These publications provide ample support for the principles of universities – education, engagement and debate, all through the value of the written word. (For the record, Kettle is a member publication of the Association, and I hold a personal membership with the Association.)

Additionally, for those who work behind these publications, student media is more than just an opportunity to get a by-line. It is the ability to hone their craft, to write, to experiment, and to show the university community the power of journalism.

“Your publication is more than just your content” @brendaisarebel #SPANC16

We must ensure its future

Yet, for many of the editors and writers behind the pages of these publications, either in print or online, the crux of student media is not about the image or portrayal of the university. Instead, it is the ability to do what all good journalism can do – inform, educate, entertain and enlighten, no matter the circumstance.

They believe in the role journalism can have in a democracy and what the Fourth Estate can do for a society. Bridie Pearson-Jones, Daniel Green, Ben Jackson, Cassie Galpin, Emma Johnson, and countless others have the same objective – they want to tell stories, engage in discussions, improve civil discourse, and, most importantly, achieve to make life better.

Their aim is not to seek fame or fortune, and they are satisfied with the ability to know their work is doing the most good for those they serve – their audiences, something that has to be done free of intimidation, censorship and personal ultimatums from universities, student unions and others, as student publications become more than just publications in their communities.

It’s now possible for a student newspaper to be an outlet that breaks a national story – Steven Bird @FT #SPANC16 pic.twitter.com/oC0E7pcrEE

So as these editors and writers return to their respective universities, and as Dan Seamarks, Gemma Shields, Hannah Mylrea and Fraser Whieldon take up their posts on the Association’s executive, we all have a collective responsibility to ensure that student media, whether at national publications like this one or at the many publications at universities up and down the UK, continues to remain a constant, not just for the sake of universities and the fundamentals of education, but for the future of journalism too.

After all, the ability to educate, inform, entertain and enlighten, as well as improve the foundations of democracy and civil discourse, is something no one can, and ever should, put a price on.

What do you think? Were you at the conference? What is the future for student media? Have your say in the comments section below.