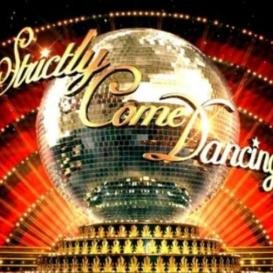 Saturday night saw the final of the much loved BBC dance programme, Strictly Come Dancing, and what a final it was.

*There will be spoilers ahead in this article*

Being the final the programme, it was split into two parts as we had the main show and the results show later on during the evening on Saturday. This only made matters worse as we had an hour to weight before the strictly ballroom trophy was awarded to the winner.

Because it was the last show of this season, the strictly cast including all the celebs from this year’s completion appeared back to dance on the ballroom dance floor for one last time and it was quite a performance.

But of course, all the attention was focused on the four contestants who were Jay, Georgia, Kelly and Katie.

The couples had to dance two dances in the first half of the show, starting off with the judges choice. Jay was up first to dance the judge’s choice of the Quick Step, he had to tighten up on his technique to get a good score. Next up was Georgia who got the chance to do the Rumba, seeing more content in the rumba and more skill to the dance I was rather impressed with her performance. Following the Rumba was Kelly who had to do the Tango again, this was her very first dance in the competition so it was nice to see it danced again but with more finesse. And last but not least was Katie who also did the Quickstep, she couldn’t keep up with her partner, Anton last time so this was the chance to be able to dance it with more strength and stamina.

The second dance of the evening saw the celebrity contestant performs a new dance for the show dance section. A show dance allows the couples to do any styles and tricks.

In the same order as before, Jay and his partner Aliona did a compilation of all his favourite moves and styles of ballroom.  I was in awe of Georgia and Giovani with their duet, we saw Georgia perform some of her show dance blind as Giovani took the lead, it was at this point that I thought she was going to win. Kelly and her partner Kevin did a Lindy hop with a 1920’s train, it was full of energy and it was a showstopper. And Katie was a Greek goddess in a dance of her favourite moves that she has learnt during the show.

In the results show, we were sad to see Katie leave the competition. The voting lines were open again and saw the three contestants perform their favourite dance from the competition.

It was after that, the audience had decided to select their winner of Strictly Come Dancing 2015.

And the winner was *massive spoiler alert*

Give it up for our #Strictly 2015 winners: @JayMcGuiness & @AlionaVilani! ??? RT to say your congrats! pic.twitter.com/ILxI6e1Dhk

Jay did the best dance in #strictly history and should have got a 40 https://t.co/hUtlSZEOpL

Perhaps not the couple I would have chosen but Jay has worked his socks off during the competition and he deserved to win.

I just don’t know what I am going to do with my Saturday nights now?

Who do you think should have won? Let us know in the comments below!