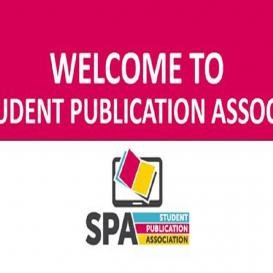 In 2013, David Giliani and students at the University of Southampton established the Student Publication Association, with the aim to support the student publications, newspapers and writers inside and outside the universities of the UK, similar to what the Student Radio Association does for radio and the National Student Television Association for TV.

Since that time, its chair, Sophie Davis, has seen a progression of the Association from one university to another, but also has seen it stick to its Southampton roots, as it was announced on 19 December that their annual conference would return to the grounds where it was established.

Kettle sat down recently with Davis to assess what was next for not just the SPA, but also what students can do for journalism. Kettle is a member of the Association.

How did you initially get involved with the SPA? How did the SPA get its start?

I went to the first conference back in April 2013 and then volunteered myself to become the events and marketing officer for the 2013-2014 academic year. David Giliani started the SPA in Southampton in 2013 with help from his union and students.

What’s the one thing you’re proud of doing this year as part of the exec?

I am massively proud of a lot already and we are only half way through the year. We have brought in regional officers, started a bi-monthly newsletter, created a job section, held three regional conferences already with more to come, celebrated our first Christmas with a full team, created an official membership process, introduced legal support for publications and much more. Oh and we have just announced that after a difficult decision SPANC15 will be held back in Southampton at SUSU.

What is the big thing to emphasize for students considering going into journalism?

Don’t ever assume your degree will get you a job, it won’t. Work your ass off in extracurricular activities too by joining societies, writing your newspaper, producing a radio show or gaining work experience at your local newspaper.

What is the big thing that the SPA hopes to accomplish in 2015?

We hope to get over 100 people attend our 2015 conference in Southampton. We hope to make our mark on student media this year and make ourselves as well-known and respected in the industry as SRA and NASTA.

What do you hope is SPA’s long term contribution to students and to journalism?

The ultimate goal of the SPA is that we exist to support our members, whether it be for legal help, for training, putting on conferences, opening doors for its members, introducing its members to available jobs, offering advice, getting our members together and progressing [to be] an association that its members can be proud of.

Further details on the Student Publication Association can be reached by visiting their web site here.

What do you expect from the SPA? What is the future of student journalism? Have your say in the comments section below.