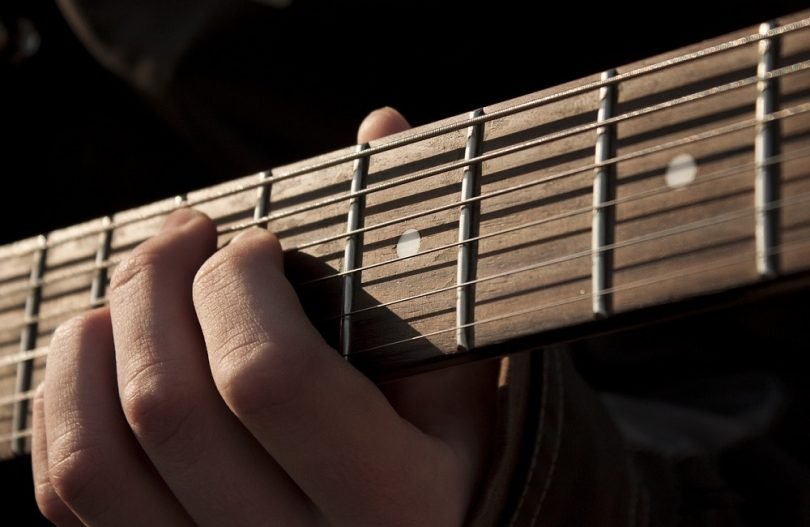 Last year I headed over to Camden for the Small Venues Trust meeting and fundraiser. Headlined by Public Service Broadcasting and featuring three packed bills on different stages, it is safe to say that I got my monies worth checking out some of the hottest acts around along side some new raw talent at what was essentialy a mini-festival.

Take away acts for me were the comical stylings of the Chaps Choir singing ‘Book of love’ and Pat Dam Smyth’s lazy rock ballads early in the night. Not to mention PBS who were stunning as always; churning out trippy space rock with over dubs of classic news reels.

I have recently been reminded of the need to support small acts, with The Guardian publishing an article in which they predict that an ‘unknown number’ of small venues will be forced to close over the next four years as they lose out on Arts Council bids to so called charities such as the Royal Opera House and National Theatre.

With access to tickets for big events becoming harder and evidence at government inquests stating that often only 30 per cent of tickets are available for sale on the primary market anyway; I urge you to get out to your small venues, to support small acts and do it now before they all close.

Instead of that one big budget gig a month, why not head to four smaller shows and save some of your cash for a really big blow out? You never know, you might be at the infamous gig that rockets a band to superstardom like the Sex Pistols at Manchester’s Free Trade Hall.

I grew up heading to the smaller Academy stages at Manchester University and paid a paltry sum to see acts such as Biffy Clyro, Dizzy Rascal and many more finding their feet, so why chase them now that they are huge acts instead of hunting for the next exciting thing?

With all this in mind, I have gotten off my arse to check out some up and coming acts at some really cool venues. Here is a selection from the past few months.

Currently taking the North of England by storm, Blackpool’s home grown four piece were playing inside the tile clad walls of the Cedar Tavern for the internationally acclaimed Rebellion punk festival. I had seen the band weeks before at another new venue; Bootleg Social which boasted a little more space in the newly refurbished speakeasy, but I think there is a certain charm to the repurposed bank of the Cedar Tavern which over the years has allowed wealth of up and coming artists to cut their teeth.

Wherever this band play they are sure to pack a punch, with driving bass riffs, powerful and often haunting vocals NWP sit on the rock / punk edge of music alongside acts such as Royal Blood and Queens of the Stone Age.

Be sure to check out the video to ‘Fly’ and look for them reaching a venue near you. Small venues need you!

Set back from Battersea Park road and overshadowed by the Tesco shopping complex sitting beside, it is easy to miss the Grove. This gem is worth checking out not only for the developing music platform, but the geekery and nostalgia plastered all over the walls is something that will get any sci-fi or comic geek excited.

The Grove have just built a new stage and I was honoured to be present at their music night launch, where the venerable Martyn Peters left a small crowd in awe of his vocal range, poinant lyrics and catchy rhythms. One local described Martyn Peters tracks as an ‘ear worm’, and he is right, I couldn’t shake these songs and in the end I had to surcome and buy the album (which was £7 well spent!)

After a string of support acts for '90s brit pop acts such as Mansun, Martyn Peters is currently on the prowl looking for venues to establish himself as a headline act and has been playing around the Camden area where his smooth indie stylings are sure to be a big hit as crowds can relate not only to his music, but lyrics that ring so true.

The new album ‘Veins’ is available on Spotify, SoundCloud and iTunes for you guys to check out.

The Wholls – The Roundhouse (Camden, London)

I have to end where we began, at the Roundhouse for the Small Venues Trust charity concert where the energy of The Wholls blew me away. Having been touted by Radio 1’s In New Music We Trust as someone to look out for, I can definitely advise heading out to see these before they become huge; something which the lead singer has assured himself of.

Despite him being cocksure, I cannot fault their tenacity and the ease with which Tordy Cocchiarella spits lyrics over funky and choppy guitar. They are like Kula Shaker on steroids, with Mike Skinner chanting over the top.

‘Roll Out’ is sure to get you moving.