Slug’s are ugly. They look like something a cat threw up. But what makes slugs so gross is their slime, it’s not just icky but impossible to wash off. Any gardener who’s picked up a slug without gloves knows just how clingy their slime is, it’s like a special slug super glue.

It seems to me the slugs around here just get bigger every year! #slugs #PestControl pic.twitter.com/hHKgltypHm

The silent nuisance of gardens; slugs are not just slimy little gits but they also wreak havoc on gardens and the plants growing within them. Their mouths are like miniature chainsaws, chomping and ripping up all the luscious greenery without a chuffing care in the world. Causing destruction and chaos, they can ruin whole cabbages and strawberry plants, which is pretty irksome for dedicated gardeners who put alot into the plants and vegetables they grow. This photograph shows the remains of a lily stalk, decimated by slugs.

Since when did #Slugs become the same size as #Pythons

While slugs bring destruction and all their slimy grossness wherever they crawl, the humble slug does have some interesting traits. For one, a slug’s penis is about half the length of its body! Pretty impressive, although being so well endowed does have it’s downfalls. As they’re so big, slugs penis’ often get stuck during sexual intercourse, leading to the other slug taking the extreme measure of actually gnawing the stuck penis off. Owch. 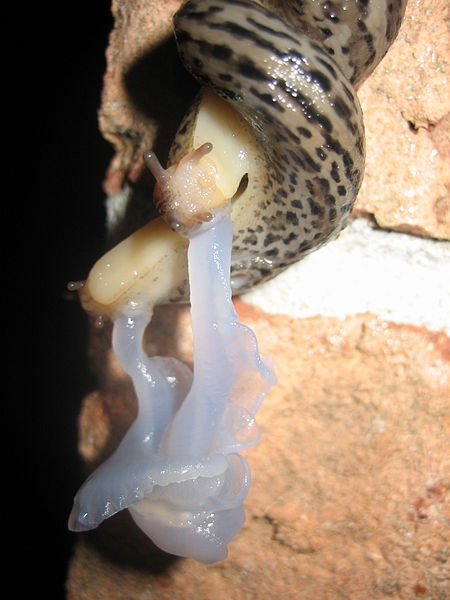 Other impressive things about slugs, they have more teeth than sharks (some kinds have 27,000 to be exact). No wonder so many gardeners hate them, with that many teeth it’s just a recipe for disaster, or more precisely: ultimate garden destruction.

But do slugs really deserve their villain status? Hell no!

They have a rightful place in the ecosystem; slugs are food for frogs, toads, foxes, owls, robins, thrushes and crows. Plus they basically clean up all the dead leaves and garden debris, which is pretty helpful. Once you start laying down slug repellent you’re essentially just shooting yourself in the foot because you’re messing with the whole ecosystem. Which in itself is a recipe for disaster, by targeting slugs you’re disrupting the natural balance of the garden. No slugs means no thrushes or hedgehogs, too. They might be revolting but without slugs you won’t have a bunch of other animals anymore, as they rely on slugs for food and they’ll just end up going elsewhere to get their slimy sustenance. Animals such as owls also eat mice, which is basically perfect pest control, but if you remove the slugs the owls are not going to give a hoot about your garden anymore.

Slugs are actually really beneficial to gardens. They hoover up all that organic vegetation that’s decomposing, essentially miniature gardeners themselves, and fulfil an important role in the ecosystem. Yes, they’re gross and slimy but it’s all swings and roundabouts. Slugs are actually pretty great.