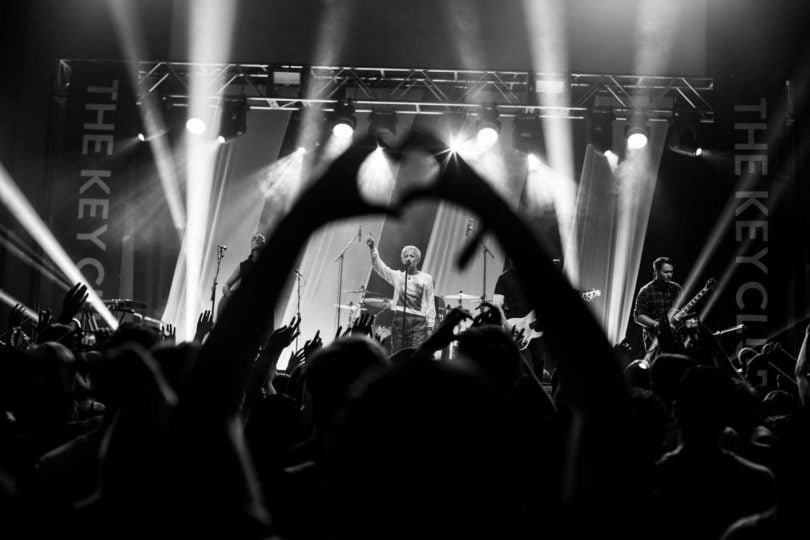 Slam Dunk festival once again brought together the best and loudest bands from the alternative music world for one long weekend of top quality music. This year it was the turn of the Midlands to go first & Festivals Editor Laura headed along.

Heading straight for the Jägermeister Main Stage, Crossfaith were the first band on the schedule for the day and what a way to kick off a day at Slam Dunk 2017. They entered the stage like it was their own and whipped the large crowd into an instant frenzy.

For those who have never heard anything of Crossfaith before the description of ‘electronicore’ (electronic- metal core) might seem a little baffling and it really does have to be seen or heard to be believed. The band has such a unique style and perform each moment with passion and sheer joy. There was certainly no shying away from volume and riffs; exactly the way to begin a day of great live music.

A festival that takes chances

Slam Dunk is a festival that likes to take chances on the bands it selects and placing a metal/post hardcore band like Bury Tomorrow right up there on the Main Stage was very refreshing to see. They are a band that always put on a show and this time was no different.

As with Crossfaith they had the crowd right in the palm of their hand and the energy of the crowd from beginning to end was electric. These early sets on the main stage were a real reminder of just how passionate people are about live music and especially so in the alternative world. Given recent horrors, this defiance and passion is warming.

The Key Club stage played host to many great bands over the Slam Dunk weekend but it was With Confidence that stood out as one of the best. They are infinite amounts of fun and their performance at the festival did not disappoint in the slightest.

With a crowd reaction that many bands would envy, the Australian pop punkers ripped through fan favourites including Keeper, London Lights and We’ll Be Okay with every word being sung right back. Their album Better Weather has already been a huge success but they are sure to have gained a lot more fans after their recent UK performances. Ones to keep an eye on for sure.

Festival season is back

The return of Madina Lake had to be one of the most anticipated moments of this year’s festival. The addition of the band to the line up created instant elation and nostalgia for so many and the wait was more than worth it. Seeing a band having a great time on stage isn’t uncommon, but it would take a lot to beat how happy Madina Lake looked up on the Impericon stage.

Throwing himself into the crowd with one hell of a stage dive, lead singer Nathan, was very much on top of the world. It would be an absolute waste if the band doesn’t continue to grace the stages of the UK and with rumours of a new album flying around, all fingers crossed.

One of the great things about Slam Dunk Midlands is that it isn’t too far between stages. With the quality of headline acts on offer it meant not having to settle on just watching one. Tonight Alive and of course, Enter Shikari were two not to be missed. Tonight Alive are a band that a faultless in their live performance; Jenna’s insane vocals and heavy riffs, along with all the songs people want to hear make them the perfect live music act. The small stage provided a platform for a real intimate yet still big performance.

When people go to watch bands live there are certain elements that you want; a performance, songs you love and an incredible atmosphere and it’s really something this year’s headline acts did without a doubt.

From the real intimacy of Tonight Alive, Enter Shikari did the exact opposite and put on a show to be remembered. Their slot at Slam Dunk this year was a celebration of a whole 10 years since the release of Take To The Skies and what a way to celebrate. Every song they began excited the audience and had people across the arena filled with nostalgia.

Given the time since release, audiences were treated to songs the band had never or at least hadn’t for a very long time performed live. Old favourites that people may have forgotten about were brought back to life with a bang. Matched with a light show that will be hard for any band to beat they created an atmosphere that was a perfect way to round off Slam Dunk 2017.

The coming and going of Slam Dunk signals the return of festival season for 2017; and we couldn’t be more excited. See you in a field somewhere!