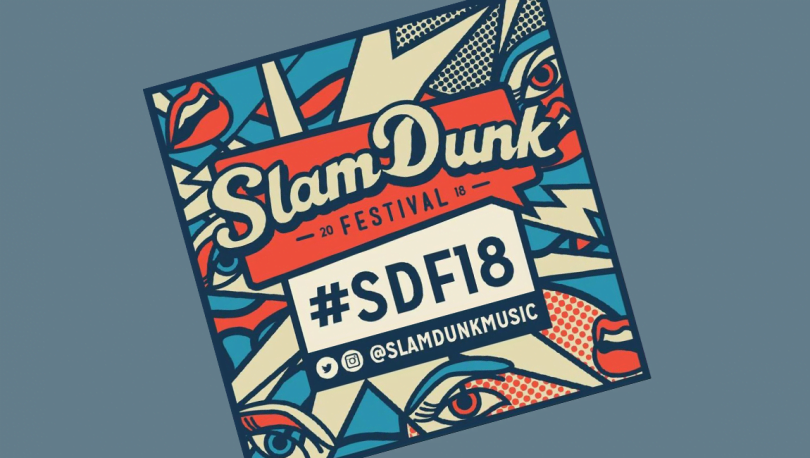 Slam Dunk Festival is one of the highlights of the festival calander for rock music fans & although it is a whole 6 months away, it's never to early to get excited. The travelling festival has revealed the first few names of the 2018 line up, including one MASSIVE headline act.

Yep, that's right Jimmy Eat World are headlining Slam Dunk 2018. Their performances at the 2018 edition of the festival is the bands debut and is set to bring back all the nostalgia for fans. Is it May yet?

We're personally very excited to see State Champs on the line up poster, and it seems the band are too. Derek DiScanio of the band can't wait to be back:

"Slam Dunk was the first UK Festival we ever played on our first trip overseas in 2014. We've been eager to dunk again, and 2018 is our year. Everyone involved with this festival is top notch and I can't wait to make some new memories with everyone attending this time around. It's gonna be wild."

Also set to tear up the stage at Slam Dunk 2018 are emo rockers Taking Back Sunday (!!), Sleeping With Sirens, Trash Boat and the ever energetic Four Year Strong.

Our #SDF18 afterparty in #Leeds will be @LeedsUniUnion! Make sure you buy an afterparty ticket with your festival ticket. They are not sold separately!! https://t.co/G81e1HXYKr pic.twitter.com/t1ZtLmi5YO

If all this line up talk wasn't enough, Slam Dunk Festival South will now take place at Hatfield Park, it's all got too big for it's old home, the University of Hatfield.

At over double the size of Hatfield Uni, Hatfield Park is located in the grounds of Hatfield House and situated directly opposite Hatfield train station, making it even more accessible and accommodating for festival goers wishing to revel in Slam Dunk Festival’s alternative extravaganza.

‘Slam Dunk Festival South has been taking place in Hatfield since 2010 so the town has truly become our home. Therefore, I am extremely happy we managed to find a new site still within the town. We are sad to leave the University however the event was selling out months in advance so we knew we had to move it and make it bigger due to demand from the fans.’

We cannot wait to see how this line up expands. With 8 stages to fill, this line up can only get better and better.

Slam Dunk Festival will begin in it’s spiritual home of Leeds, Millennium Square, before travelling to the new location of Hatfield Park, and finishing at the beloved Birmingham NEC.