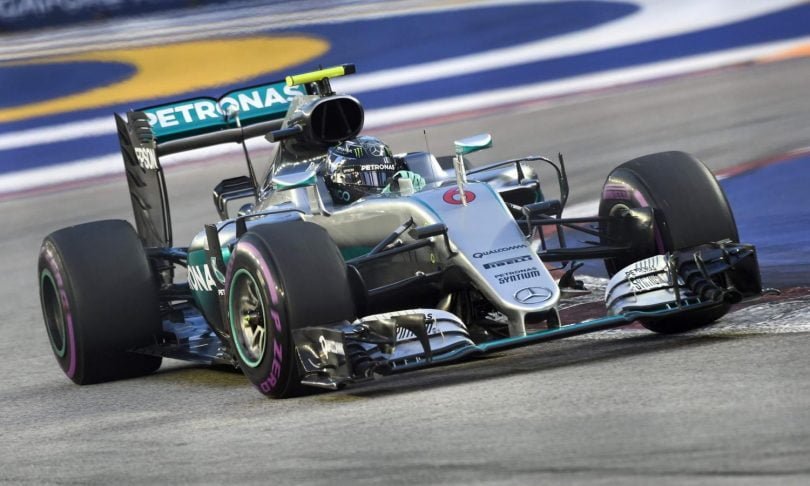 Nico Rosberg will start on pole position in tomorrow’s race after dominating qualifying at the Marina Bay Street Circuit. Rosberg managed to beat Riccardo by half a second with team mate Lewis Hamilton in third after failing to recover after missing turn 2. The big question now is whether Rosberg will reclaim the lead in the title race tomorrow or will Lewis manage to cruise back to victory?

Hamilton: "I've not been on spectacular form this weekend, and I don't really have an answer for it" pic.twitter.com/vQntc1sahq

Sergio Perez will start from P18 after being handed an 8- place grid drop penalty for being found guilty of two infractions under waved double-yellows during Romain Grosjean's crash in Q2. No luck for Ferrari as Sebastian Vettel found himself eliminated in Q1 after a suspension problem prevented him setting a competitive time. With only 1m 37s left, Vettel resigned and will now start at the back of the grid.

Amazing lap times from Red Bull as both drivers Max Verstappen and Daniel Ricciardo were proved to be the quickest in first practice on Friday, six-tenths of a second up on the two Mercedes and the quickest during Q2 on the super soft tyres. Riccardo took second place with 1m 43.115s and team mate Verstappen taking fourth with 1m 43.328s.