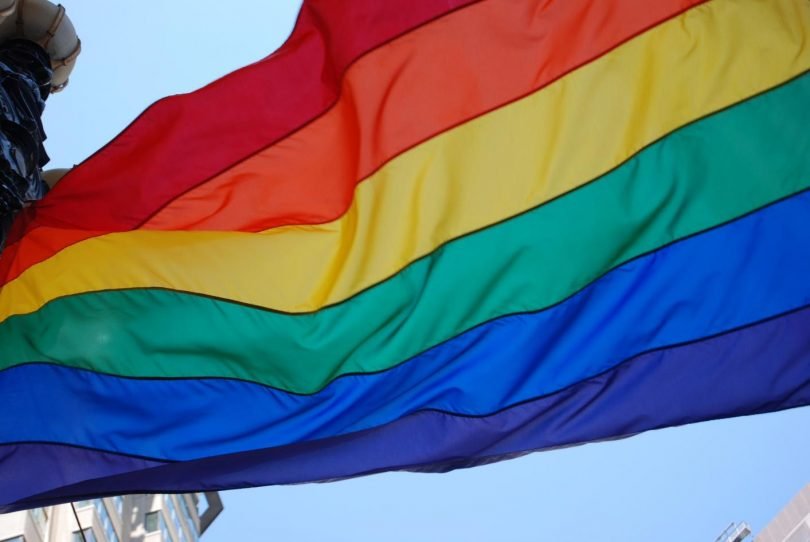 So it’s the 21st century, and everyone and their dog on the internet are exclaiming how being gay is “wrong” and “disgraceful” and “un-natural”, and despite huge numbers of people across the world, in places like Brighton and Las Vegas, flying the literal flag for equality and acceptance no-matter your sexuality; there are still people who argue that being anything other than straight is a problem in society.

I’m here to tell you that definitely is not!

I know there are still some people who have internalised homophobia and some conservative places in the world where it is unheard of for someone to be gay or to have doubts about their sexuality, but here and now in 2017 when you have things like equality in marriage and civil partnerships, TV shows featuring same-sex couples and even things such as gender-neutral bathrooms- people should be used to this by now!

I am not saying that there should be any erasure of LGBT+ culture (I am a huge fan of RuPaul's Drag Race!) but I do think that people need to get over the fact that people can live their lives any way they want- no matter how they identify and who they choose to love. I think it is great that there is now a plethora of places where people can go and feel comfortable and free of judgement about who they are, but I do not feel that such a big deal should be made.

For example, when I am out with friends, some comment that “oh that couple are kissing” who happen to be two men, or “oh thats a gay club! that’s unusual!”- yes feel free to point it out but do not make a commodity and a spectacle of this when people are just going about their lives and they are in spaces they feel comfortable. Please do not make it a freak show of sorts and gawp and stare.

Yes, it is great that there is now more acceptance of LGBT issues and rights that many face on a daily basis, and that equality and acceptance is now being taught in schools, but in the 21st century, I do not feel it should be made a big deal out of, especially as it could discourage those brave individuals who do not feel comfortable enough at the moment to let anyone know their true self and “come out of the closet” as it were – for fear of being ridiculed and made fun of because they chose to live their lives a certain way.

In short, I am all for LGBT rights and support my brothers and sisters who do go through bad times and are too afraid and worried to tell people their issues, problems and secrets because of fear of a backlash and being rejected by “straight society.”

I think it is wonderful that so many people are in genuine delight and appreciation of places and people who are living their lives as themselves, but I feel that some take it too far so that these individuals can become uncomfortable and insecure.