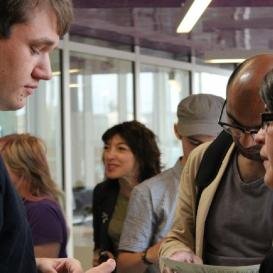 As you know, it’s approaching that week that all A-level students have been waiting for since they started their UCAS applications a year ago. Results day 2015 is very nearly upon us. This time last year, I had absolutely no idea that I’d done enough to be accepted into my firm choice university for my dream course.

Journalism itself isn’t a degree that you’re expected to achieve three A*’s, for my course we had to achieve ABB. It’s a very well-known course from a top university so anyone who didn’t achieve the magic ABB were not accepted, and that’s the same case this year.

I do think it’s acceptable for some courses and universities to drop or even cut the entry standard especially if their course isn’t proving very popular due to the high entry requirements, or if they have lots of spaces and it’s approaching this time of year where students will be looking for somewhere through clearing. I don’t however, feel that it’s appropriate for a Russell Group university to follow this suit. They’re leaders in research, and really do need the best students. If a university has to change their ways to let students in, then surely it must mean that they’re doing something wrong for not reaching their maximum amount of intake that they usually plan to have.

A change of course

Enough of the rant. This has all come from a recent article from Times Higher Education. Every university student has heard of THE, they post league tables which many have used to help them narrow down their mountain of prospectuses and find that university for them. When asked “What courses would you say would never drop their entry standards or cut them?” What would you say?

Instantly coming to my mind would be Medicine, Dentistry, Pharmacy and some Nursing courses. They’re all people who are extremely smart, and are there to care for our whole population. It’s a lot easier for an English course to cut the entry standard because the students once they graduate are not going to be saving your life are they?

Uclan’s decision to increase student numbers led to the pharmacy school over-recruiting students. And who worse to find this news out? The General Pharmaceutical Council, oh dear. Even through clearing, it’s advised that institutions should be wary about lowering their entry requirements during clearing.

The good thing about clearing is that a university course that has entry requirements of say, BBB may be perfect for a student who has had to go through clearing as they didn’t reach the ABB needed from their firm choice. However, if an institution is offering courses at BBB and decide to drop their standards to BBC or BCC for clearing students, they do have to be extra careful. The students may not perform as well as past years as there is a considerable difference in the grades, also it does show up. So future students will see that in the past, students have been offered lower entry requirements than those stated to those who originally applied before clearing.

The GPhC found that the school had been “under pressure from senior management to increase student numbers” and as a result had “reduced the required standard of entry qualifications during the clearing process.” As Pharmacy is a very important degree, it’s extremely important that all students should reach the entry requirements as their performance may not be up to standard.

So although additional support mechanisms had been put in place by the university for students due to their lower qualifications, the school had “clearly failed” to meet requirements for academic entry standards for the course outlined by the regulator and as a results of this, the school has, for now decided to withdraw from the reaccreditation process. The course only has one year remaining on its five-year accreditation issued by the GPhC in 2011.

I know just how daunting this time of year is, when you’re sat worrying if you’ve done enough to be accepted, and if I hadn’t done enough for my course, I would’ve wished a lot that they’d lower their entry requirements. But if certain courses and universities are to continue to be the top of the league tables and to have the best career prospects, they can’t be lowering their entry requirements to let students in because they feel sorry for them.

I’m pleased that everyone on my course has worked so hard to get in, and we’ve all reached the entry requirements, meaning each and every one of us is capable of graduating in two years time with a good degree from a well recognised Journalism training centre. If you’ve been determined all year, I’m sure results day will bring good news to you. If not, I’m sure you’ll find somewhere just as good.

I’ve got a lot of friends from home who had to go through clearing, and a year later they’re all equally as happy as I am and they say they’re glad they’re at the university they’re at now, rather than the one they had their heart set on a year ago.

What do you think? What are your experiences with clearing? Have your say in the comments section below. 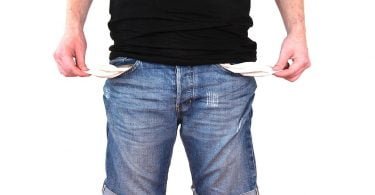