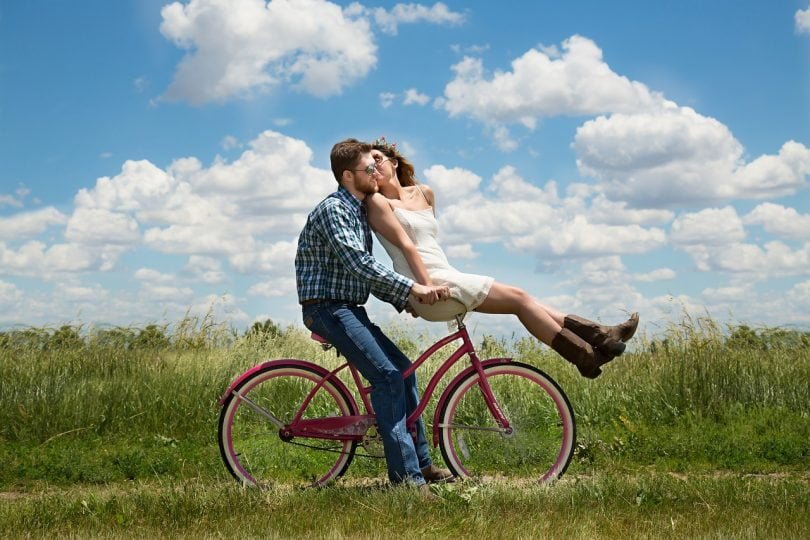 From double-suicides to revenge served with a cannibalistic flair, Shakespeare is renowned for Old-Testament style dénouements that seem as far from a fairy tale as possible. This should come as no surprise; as echoed in the likes of Marlowe, Ford, and Webster, Renaissance tragedies indulged in unapologetic melodrama that simply left no room for joviality amongst the gore and callous intentions. In fact, brutality is perhaps the very fabric of tragedies and histories of the time, whether it be through physical brutality, or the simple brutality of truth and acceptance. We see lovers ripped apart; eponymous characters defeated; friendships destroyed; and, although the force of evil is often defeated, is it ever that satisfactory after we have seen them cause so much damage? Brutality seems the nucleus of these plots, and even more so the endings.

But, what of comedy, exactly? And in particular, Shakespeare’s comedies, that are often placed on a pedestal within the literary canon?

Comedy is a genre which often follows that generic ‘happily ever after’ story structure, whereby the conclusion consists of reunions, the defeat of evil, a reward for the protagonist, and the belief that the characters will live in a perpetual state of happiness. It is the most common structure even today, exercised in romantic comedies, fairy tales, and other such ‘feel good films’ and pieces of literature, which is perhaps why we are fooled by Shakespeare’s endings, even now, during a time of hyperawareness. Although Shakespeare’s comedies follow this structure almost to the letter, the conclusions we are left with are often cynical and problematic, without much of a ‘happily ever after’ in sight.

‘A Midsummer Night’s Dream’, for example, should have the perfect ending. After a tapestry of mistakes and arguments, two sets of couples, Hermia and Lysander, and Demetrius and Helena, are both wed. As an audience, we have been rooting for the hurting, hard-done-by Helena to get her man, especially after she feels mocked and emotionally vulnerable when both Lysander and Demetrious declare their love for her. She is that unlucky in love heroine whom we feel for, and perhaps even see as a mirror to ourselves. So when she marries Demetrius, the person she has been pining for since the off, we should be happy. However, the whole relationship is problematic for one single reason: it’s an illusion.

Initially, Demetrius is in love with Hermia, so much so that he is set to marry her. These feelings do not fade naturally, nor do they really fade at all, but are instead stolen from him by Puck, a sprite, who enchants Demetrius into falling in love with Helena. And so, the love between the couple, that ultimately culminates in that ‘they live happily ever after’ ending, is a lie. Neither are aware there is a spell in place, but even so, is his ending happy for being forced into love? And is her ending happy, not being loved for real, but through a trick?

Such farcical tones are common within comedy, as demonstrated in plays such as Oscar Wilde’s ‘The Importance of Being Earnest’, which, similarly to ‘A Midsummer Night’s Dream’, consists of two couples that ultimately are wed. The hurdle within this, however, is that both Gwendolyn and Cecily believe Jack and Algernon to be called Earnest – a name which the women find desirable. Although Jack does deceive Gwendolyn at the end of the play, promising her that his name is Earnest, such a deception is a slight one which can be rectified, thus not destructive to the happy ending. If the deception in ‘A Midsummer Night’s Dream’ was to be rectified, however, both Helena and Demetrius would be left heartbroken and damaged, removing the happy ending altogether, and sending their plot arc into the parameters of tragedy.

Moreover, even when Shakespeare negates magical forces, he still applies a cynical undertone to a romantic dénouement. Within ‘Twilight Night’ we once again have two couples, Viola and Orsino, and Olivia and Sebastian, only this love triangle is more elaborate and despondent. Olivia is unwilling to marry and has relentlessly expressed her disinterest in Orsino, and yet he continues to harass her. She is even considered cruel for constantly rebuking his unwanted advances. But to her surprise, she does find love, and in the form of Cesario (who is Viola, disguised as a man). Meanwhile, Viola – still in the disguise of Cesario – is falling in love with Orsino, who in turn is falling in love with her (even though he thinks her to be a man). Whilst the confusion of identity makes this play genuinely funny, there is a sense of foreboding that comes to fruition at the end. Orsino and Viola (no longer disguised) are together, and so their ending can be considered a happy one. But what of Olivia? After falling in love (which seemed like an impossibility to her) with Cesario, she is coupled off with Sebastian, Viola’s twin brother. Not only are Sebastian and Olivia strangers, Sebastian, although he may look exactly like Cesario, is not the person she ultimately fell in love with. That person was Viola in disguise, and so Olivia is either in love with Viola – which simply couldn’t end happily in the Elizabethan era – or she is in love with a man that never existed in the first place. Either way, her ending seems cruel.

If this was not enough, we have Malvolio and Antonio; two characters who are isolated by the end. Malvolio is not the kindest of characters, and although it is debatable whether he deserved the torture he endured (which certainly contributes to a large portion of the play’s comedy), his ending is still dour one. He too is in love with Olivia, and is tricked into believing that such feelings are reciprocated. By the end he has been humiliated and beaten, with all hopes of love cruelly taken away. Similarly we have Antonio, who loves Sebastian. Although it is not clear whether he is in love with Sebastian or has a strong platonic love for him, he is discarded of by Sebastian for Olivia, and thus alone, despite all he has done for his friend. In this instance, it is challenging to see who is more damaged: Malvolio, for perhaps a couple of humiliations too far of a fair comeuppance; Antonio, for becoming dispensable to someone he truly cares for and has supported; or Olivia, who found a love she thought impossible, only to have that person taken away and replaced by a stranger who looks exactly the same, and thus could serve as a ghostly reminder of the love that she lost.

And then, of course, we have perhaps the most problematic comedy of all, ‘The Taming of the Shrew.’ Whilst this play would likely have been received well during it’s time, it is now often looked upon as infuriating misogyny than demoralises the brassy heroine. Katherina begins the play as independent and feisty, but is eventually ‘tamed’ by her husband, Petruchio – through mental, emotional, and physical abuse – culminating in a speech at the play’s dénouement, in which she lectures women on why they should obey their husbands. Even if the modern issues of sexism are removed (as Elizabethans would not likely register this inequality), Kate ends the play a different woman to the beginning. This change is not one of progress but one of submission, which cannot be looked upon as a happy ending for her.

So Shakespeare’s comedies, although entertaining in their own right (and dependent upon how they are produced) have a disparagement attached to their endings which, contrary to popular belief, result in these plays – or at least these three plays in question – not having the ‘happily ever after’ that the genre suggests they should have. In fact, it is almost possible to argue that, whilst reaming comedies, it is the elements of the tragic which, not only make these plays darkly comical, but helps guide the plots altogether.