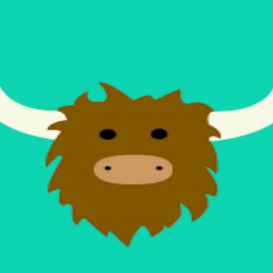 Last week, it was revealed that students in the Oxford University rugby team would be unable to compete in the largest tournaments of the season unless they attended anti-misogyny workshops, and to this I say: it’s about fucking time.

Nowadays, people are quick to dismiss the notion of sexism by pointing out that, compared to a century or so ago, women have achieved basic human rights. “Women can vote, gain an education and get a job! Sexism is over!” Admittedly, the milestones of feminism over such a short space of time are truly exceptional, and I am incredibly thankful to the pioneers of such movements. But this does not by any means vanquish the rampancy of sexism in contemporary society, and perhaps one of the most toxic breeding grounds for validating sexist attitudes is the standard university campus.

As somebody who has recently finished my final year, I know that I would not be alone in saying that university can be one of the best experiences of your life. My three years here have provided me with a litany of lifelong friends and some memories I’ll cherish for a while to come. At the same time, however, it’s disturbing how campus life can fester such an extreme amount of misogyny, and how harmful views are swept aside as a natural by-product of bants with the lads.

This is best embodied through the recent prevalence of the microblogging app Yik Yak, which allows users to anonymously post statuses that will only be available to read within a 1.5 mile radius. First exploding into popularity among American colleges, it’s unsurprising that the app has spread to UK universities as well. Part of me loves using it because the character limit means it’s great for snappy one-liners, and the limited scope creates a kind of special communal bond, since it’s ripe for in-jokes unique to my university. Yet it’s disgusting how often comments which sexually objectify women, or degrade them based on out-dated and essentialist notions of gender, are rewarded with upvotes from other users. Here are some examples from my local Yak:

Congratulations on throwing your own gender under the bus for some Yakarma points!

This isn’t a statistical anomaly, either; Brunel University’s student publication Le Nurb recently posted an article criticisng the influx of sexist Yaks after their all-female university netball team won the title of Club of The Year. The usual response to these comments is to simply to brush them off as boys being boys; they’re just joking, lighten up! This is something that Dave Llewellyn, who came up with the idea of anti-sexism workshops, hints to in the Telegraph article above; as he says, ‘although such boorishness is meant ‘in jest’, in actuality these kind of comments ‘[point] to some deep-seated attitudes.’ Indeed, it’s interesting how no one stops to evaluate what is actually funny about making such remarks. Please explain to me, I’d love to see you describe why they’re hilarious without coming across as an arsehole.

The fact of the matter is that these types of comments are never harmless jokes, but instead provide a gateway into very serious consequences. Take for example Grace Rebecca Mann, a member of the Feminists United board at the University of Mary Washington, who criticised the rugby team’s use of a raunchy song. After speaking out against it, she became the target of several threatening Yaks, such as ‘Can we euthanize whoever caused this bullshit?’, and was then strangled to death by her roommate, a former rugby player himself. To disregard these types of misogynist comments as jokes is incredibly dangerous, as they clearly have the potential to disguise something much more sinister.

I’m not attributing sexism on campus as due wholly to Yik Yak. I’m just pointing out that it offers an insight into the relentlessness of sexist attitudes, and how it’s become so ingrained into people that it’s viewed as nothing more than a joke, even when it literally results in murder. Truthfully, there is no one sole cause of misogyny on campus; it’s a conglomeration of factors, such as the masturbatory nature of LAD culture which proclaims women as things to be conquered for the #bants. It’s quite sad that this has necessitated workshops in how to be a decent human being, but I applaud Oxford University for actually doing something about a very serious problem. Every single girl I know has at least one story about how they’ve faced sexism on campus, and it needs to stop blemishing an otherwise incredible experience at university. Frankly, it doesn’t matter if it’s intended as just a joke; when women are being systematically slandered and murdered, I fail to see the punchline.

Have you ever experienced sexism as your university? Or have you indulged in ‘harmless banter’? Get in touch in the comments below.