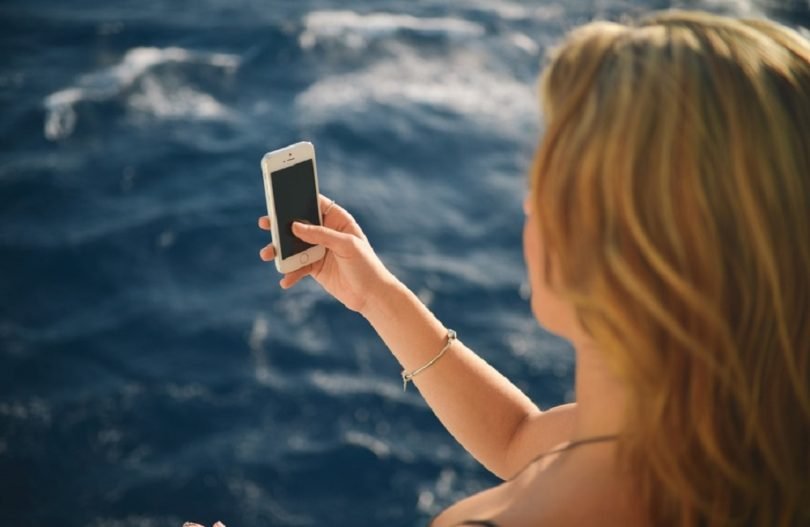 Selfie – the Oxford English Dictionary’s ‘Word of the Year’ for 2013 – is synonymous with the smartphone generation. A photo of yourself, by yourself; who under the age of 30 can say they have never even attempted it? Digital photography is suddenly in our pockets at all times, and social media is the new easy way to share things with friends, family and acquaintances, often through images. So, putting ourselves and our own faces into our holiday photos or time with friends has become a whole lot easier.

But there is a stigma to selfie taking. It has been associated with a shallowness and narcissism, even to psychopathy. There seems to be the suggestion that sharing an image of yourself, rather than your surroundings, means you see yourself as the most interesting part of the scene.

There is debate over whether selfies should be banned at certain sensitive sites – Auschwitz, or Ground Zero, for example – because the self-centredness of selfies are seen to be inappropriate for dark history and memorials. Anyone owning a selfie stick – allowing a phone to be operated at more than arm’s length to get better photos – risks ridicule for their willingness to spend money on a good photo of themselves.

Maybe, to some extent, this is true. Selfies are often shared in the expectation of positive feedback, in a vanity-soothing cycle. Still, I always felt uncomfortable with scepticism and mockery of selfie-takers, not only because it often falls into that frustrating category of baby boomers criticising millennials for using the technology they gave them. It is not as though self-representative vanity was created new with camera phones – centuries of portraiture tells otherwise.

But I only put my finger on why it bothers me recently, after taking a set of selfies in new clothes to share with my far-distant sister.

Why do selfies have such negative associations?

Photos, traditionally, were group affairs. Each one required time-consuming development, and they only documented special moments: formal affairs, family holidays, weddings, birthdays, and so on. Unless a timed shutter was used, at least one spare person was needed to take the photo. Photos were not solo activities.

Now, with the new technology available, photos can happen anytime, can share real-time experiences, and can be of anything, as trivial as you like. Rather than documenting major, shared events, it can document any tiny moment that is considered worth preserving.

The selfie: a moment of self-acceptance

What the selfie-haters are implying is that time in company is what is worth remembering. Quality moments are those shared with family or friends, with someone who tells you to pose for a photo because they have sufficient admiration or affection for you.

Selfies say that time spent alone is equally valuable. However much fun you have with others, you can value yourself sufficiently to want to document and share a moment that is solely yours. It could be a solo trip, a successful workout, a nice new outfit, a silly accessory you saw in a shop. A moment that says ‘I am enjoying this, I want to share this good thing,’ or ‘I have achieved something on my own, and I am proud of this.’

Yes, sometimes it is done in the expectation that other people will see you looking good, but that is not in itself a bad thing.

Self-confidence is (up to a point) healthy and empowering. How often do you hear a whole group of people tell someone that they look perfect, except online? For women particularly, this is a rare moment when it is acceptable to celebrate one’s own looks instead of constantly attempting to live up to photoshopped media ideals.

Other people don’t always have to be present to validate your sense of happiness. Whether you take them or not, think again before dismiss selfies – they are an expression of positivity in a pressured, demanding world.

What do you think about selfies? Do they have a role in society today? Have your say in the comments section below.