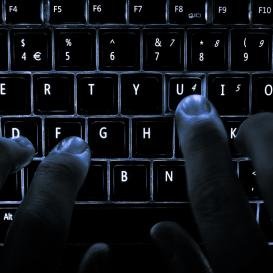 It is hard to remember a time without the ability to form groups on Facebook. Since their inception they have been used as online newsrooms, planning committees, academic study spaces, fandom hangouts, and countless other things.

A worrying investigation by the BBC has recently revealed that a number of secret groups on the social networking site are being used by paedophiles to host and swap images of children. The settings on Facebook mean that any group labelled as “secret” cannot be found through the site’s search feature, and you must be a member to view the content within them.

The BBC report details findings which include a group hosted by a convicted paedophile currently on the sex offender’s register, along with groups sharing certain types of image including girls in school uniform.

Having gained access to these groups, their investigator found pictures taken from newspapers, blogs, and clothing catalogues. Australia’s Children eSafety Commissioner, Alastair MacGibbon, said in an earlier report that half of all images hosted on paedophile websites are taken from Facebook itself. While the images shared from social media are not inherently sexual, they are taken and then posted with explicit comments below, sexualising the children included in them.

In a surprisingly in-depth investigation, a student wrote an article for Cracked.com about their mission to infiltrate paedophile communities on the Deep Web. The amount of secrecy involved in the investigation, along with the initiation processes she had to go through to gain access, are much more in line with public perception of seedy and secretive underground groups. This is the same part of the internet where arms dealers and drug smugglers communicate.

So, paedophiles gathering on the world’s most visited website (other than Google) is like hiding in plain sight. What’s worse? Facebook’s seeming refusal to do anything about it. The BBC investigation claims to have notified Facebook of several images through the website’s report feature, including one of a 10/11 year old girl in a vest with the comment “yum yum”. The site said this did not breach community standards and the image remained on the group. The investigation says they also reported a whole group called “we love schoolgirlz” which also was not taken down by Facebook. After reporting numerous pictures, half of them remained on the site, with Facebook removing some while users themselves took others down. The police have also been notified about some material.

All this seems extraordinary in light of Facebook removing pictures of women breastfeeding because of “offensive nudity” complaints.

The site’s community standards include removing content that is considered “solicitation of sexual material, any sexual content involving minors, threats to share intimate images and offers of sexual services.” One has to wonder what reasoning is used to justify the existence of a group called “we love schoolgirlz” inhabited by men posting pictures of children and how it escapes the definition of sexual content involving minors.

Students and young adults who have been raised with modern technology as part of their everyday lives are more likely to be aware of security risks and tend to have higher security settings on Facebook than their parents and older family members. This means that mums and dads posting pictures with their children are more likely to have pictures taken from their profiles.

Whilst most readers were growing up, online communities such as forums often had rules explicitly stating that you were not allowed to post a picture of yourself if you were under 18. When there are paedophile groups hosted on Facebook, it is easy to understand why. What is even more worrying is the lack of action taken by the global social networking site to combat the problem. It is important to look after yourself online, and that is a conversation all parents will have with their children now in this modern age, but when your website is marketed as a safe space for families then you really throw doubt towards that claim when images of breastfeeding are seen as more offensive than sexualised images of children.