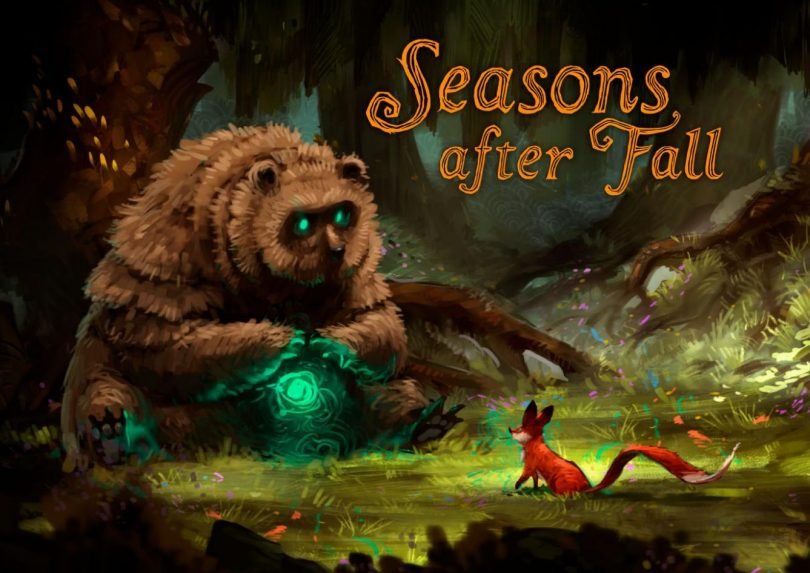 Seasons After Fall is gorgeous. There is no denying it, The art style, which makes it look like the entire game world has been painted, absolutely blows me away. I want to dive into my monitor and roam through this forest, drinking in the atmosphere. Accompanying this a beautiful, and sometimes haunting, soundtrack provided by a string quartet. While I think this music is very good, for me it doesn't have enough personality to make it music unique to this game. It could be replaced with any serene classical music and the same effect would be had.

Mechanically, it is a puzzle platformer where you manipulate the seasons to effect the world to help you solve puzzles. Winter freezes water, autumn grows mushrooms and so on. The vast majority of the games puzzles are very easy once you get this mechanic down, with only a few later into the game that will have you frustrated at how little you are told. The controls are odd. Odd in the sense that they are perfectly functional, and yet controlling the adorable little fox protagonist is a lot more sluggish and delayed than you'd expect. Super Mario, this is not. Other, very irritating parts are where you have to lead certain little insect-like creatures to parts of the map where they will have an effect, but the AI is not very good, and this feels a lot like my time was being wasted and was unnecessary after the first 8 times it happened. 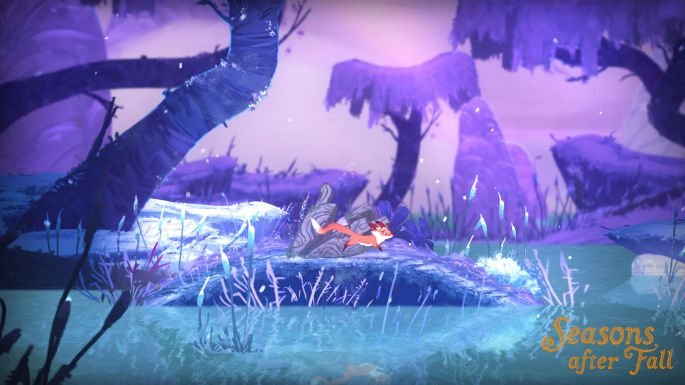 My biggest gripe though is that this game feels way too long. It overstays its welcome for 2 or 3 hours more than I was wanting to give to it. The hours that were good, were enjoyable for someone who isn't super into the puzzle platform genre, so I suspect that if it's your jam you'll get a lot more out of it that I did. To top this off the ending (which I won't spoil) was underwhelming. I feel that had I quit when it became tiring and just watched the ending on Youtube I would have been better served.

Ultimately, Seasons After Fall is a stunning looking and lovely sounding game spoiled by its sub-par platforming and over-long length. If you're a fan of this genre, some of my gripes might not bother you, and you should absolutely look into it. If like me, you are indifferent to that genre, I'd say look for a sale, where I'd whole-heartedly recommend it.

If you are a fan of artsy platformers, Seasons After Fall is available on Steam now for just £12.99, and will be coming to PS4 and Xbox One early 2017.