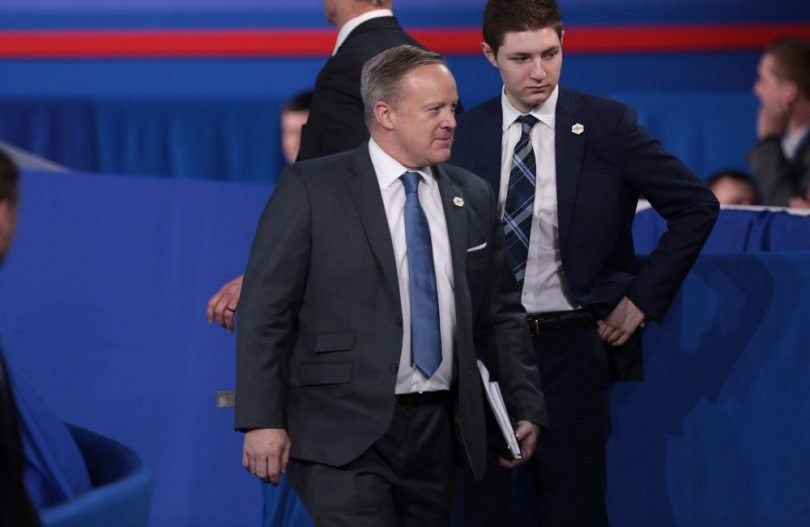 Sean Spicer has been in the White House just a matter of months but has found it hard to come to terms with the gravity of his job. A man whose occupation is to communicate clearly and concisely the inner workings of the administration, Spicer has consistently flapped and floundered in the face of the press.

Here are just a few of his biggest 'gaffs' since he took the reins as White House press secretary.

After the inauguration in January Spicer caused a stir on twitter by saying that those who attended the ceremony were part of the largest audience in history.

This led to the hashtag Spicerfacts after the claims, from the President and other Aides, were disproved by TV ratings, the Washington Metro network, crowd experts and photos.

This evidence however, has not deterred the President, nor Spicer, from believing this.

The Travel ban, that wasn't a ban

Spicer continuously defended Trump's Muslim Ban whilst saying that the new measures were, in fact, not a Muslim ban or any other ban in general.

These claims came as a huge source of amusement to twitter and the White House press corps. President Trump had used the term 'ban' previously and when called out on the term Spicer, looking rather nervous, said "He's (Trump) using the words that the media is using."

On the 29th of January Spicer retweeted the satirical, spoof news outlet, The Onion.

The site had posted a video of Spicer with the caption "@SeanSpicer's role in the Trump administration will be to provide the American public with robust and clearly articulated misinformation" to which Spicer then retweeted and added "You nailed it. Period!"

To say Twitter and many others got a good laugh out of the situation is an understatement. It led to many questioning his integrity and if he even proofreads/checks what he's endorsing.

Seeing as POTUS watches Fox and believes the content they broadcast, it would not be a stretch to believe that a member of his staff also doesn't fact check.

Time and time again the man with his lips pressed against the White House mic has spluttered over the name of Syria's President Bashar al-Assad. The names have included Bassar al-Ashar, Bassad al-Ashar, Basha-Assad and Bashad al-Ashir.

Pronouncing the names of foreign leaders/diplomats is not always easy but a name that must be continuously tossed around the Mar-a-Lago lounge is Assad's.

Whilst continuing to talk about America's recent bombings of a Syrian air base, where it is alleged that the chemical attack on civilians was launched from, Spicer said that "Hitler didn't even sink to using chemical weapons."

A reporter then asked for clarification and traction on his comments to which Spicer replied with an explanation that only helped him dig deeper.

He said that Hitler did not drop his chemicals into towns but instead brought the people to the 'Holocaust centre' whilst, once again, mispronouncing Assad this time calling him Ashard.

He went as far to say that Hitler did not use gas on his own people. Clearly forgetting the estimated 160,000-180,000 German Jews that were rounded up and murdered by the Nazi regime during the Holocaust.

Every time Sean Spicer takes to the podium I make sure I'm around to watch. He bumbles across his words and stutters the key points that he's there to communicate to the rest of the world.

As the face of communication for the Trump administration he continuously highlights exactly what's wrong with it. An inexperienced, ill-equipped, lacklustre and inept regime.