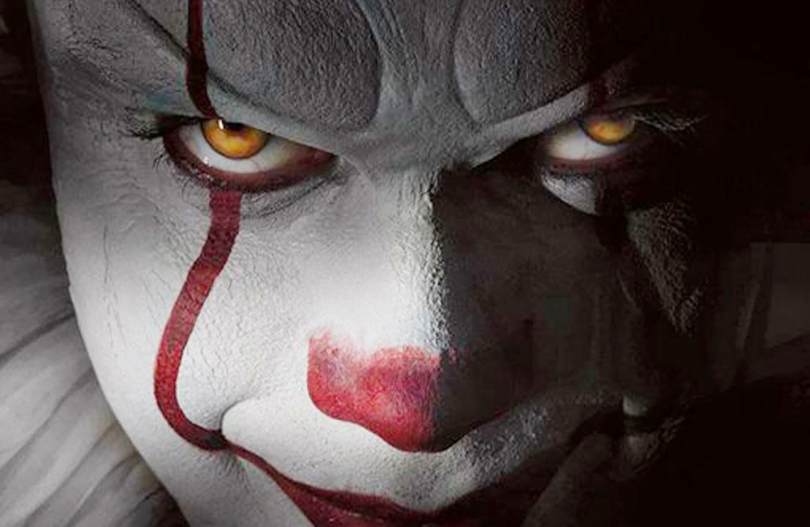 As an avid Stephen King fan, (yes, I really have read the gigantic 1,138-page It novel), I can easily say that there is something so real and so ingrained within King's writing that undeniably strikes a chord with modern popular culture. Whether it’s the iconic image of Tim Curry’s Pennywise the Dancing Clown in the 1990 mini-series, or King playing on the current fears of the masses, It is a film that really makes you think. So, when I first stepped into my midnight viewing of It, little did I know that It really was going to live up to the hype.

Spoilers are ahead, so for anyone who hasn’t seen the film, or isn’t familiar with the novel or the mini-series, I suggest a quick peek at my review of the trailers and may be in store for you here. But if not, here’s a brief synopsis:

It follows a small group of teens – the self-styled Loser's Club –  living in Derry, Maine, who unknowingly uncover the mystery of the towns disturbingly high disappearance rates. As time unfolds, the culprit points to an evil, shape-shifting clown (Bill Skarsgård) that is seemingly immortal and feeds off fear. 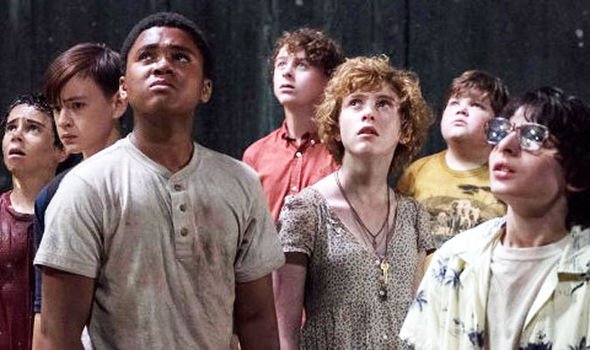 Director Andrés Muschietti beautifully delivers a film that meshes solid horror and suspense with well-crafted charm and romance. Every single member of the Loser's Club shines brightly within the film, each having their own amount of screen time that allows us the right amount insight into who they are as a person, and, more importantly, what makes them scared. It’s cast, predominated by a flurry of incredibly talented young actors, is arguably one of the strongest of any film this year. Each member of the Loser’s Club brings their own charm, wit, and intrigue to their character, bringing to life such an iconic group with unwavering accuracy and believability. From Bill's harboured guilt toward the death of his younger brother, Georgie, to Beverly's fear of her abusive father (and puberty, shown in an extremely graphic, Carrie-esque scene that acts as a rather unsubtle metaphor), Muschietti and his cast patiently explore the very idea of fear, and how that in fact, what we fear the most is actually fear itself.

The term 'It’ has connotations of something unknown or unexplainable, which again, for most of us is more terrifying than the real monsters or clowns: it’s all about the uncertainty of not knowing what lurks in the dark. However, I know I won’t be the first to admit that clowns are some pretty scary Scheisse.

Throughout It, we follow the kids being challenged by the fear that they think defines them, and how ultimately, they must learn to conquer that fear and live with it, rather than cower and run from it.  From going down this emotional route, Muschietti explores a coming-of-age story that is very tender and beautiful, that harks back to not only King's Stand By Me, but other films and shows such as The Goonies, E.T, Stranger Things and so much more. This is an authentic portrayal of transitioning from child to adult, they swear, make sexual references and struggle to cope with sudden shifts of emotion; this makes them feel like fully rounded characters. Each member is extremely likable, and you won't be able to stop yourself from smiling at their sheer charm. 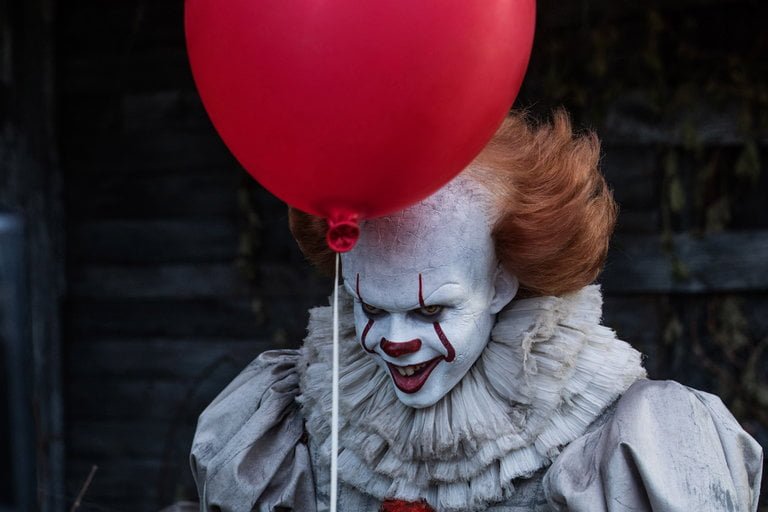 However, Muschietti still understands that this is a horror film. Yes, It does play on typical, bump in the night horror tropes and jump scares, but the blend of tones work so perfectly you just really not care. Not only do we have the stupendously talented Bill Skarsgård's Pennywise, carefully skirting around the edges of the film, used sparingly in the right moments but not without over-killing it, we also have the menacing presence of the adults. Adults are interestingly distant in Derry, they loom in the shadows casting eyes over the kids as if they too, are the monsters. Which brings back to the fear of the 'unknown', adults in this film, as is in the book, have the potential to be just as dangerous as Pennywise; therefore, this makes the Loser’s Club feel fully isolated as a group, which only makes you root for them even more. You also have the sociopath Henry Bowers, who seeks enjoyment in torturing the Losers' Club, both mentally and physically. Frustratingly, his descent into full blown madness and thirst for blood was never fully explained or shown on screen, therefore making it feels a little glossed over, but he still makes a chilling antagonist for the gang.

What of Pennywise himself? Skarsgård fully immerses himself in the role of the child-eating clown, camping it up gleefully whilst being deeply disturbing. His makeup and scruffy Victorian attire combined with a clever dose of CGI immediately catch the eye, but it's the subtle nuances that truly make him stand out; such as a trickle of drool that hangs from his mouth or his distorted body cracking into place. Muschietti ideally wanted to use CGI to have Pennywise’s eyes always looking in different directions, but Skarsgård’s own natural ability to do so adds a horrendously natural element to the character. Too much of Pennywise and you spoil the film, not enough and you leave the theatre frustrated, as he is the signature piece of the puzzle and who you've paid the price of admission for. Even when he's not on screen, his presence has undeniably been made. Luckily Muschietti gets the balance just right, giving you a Pennywise that makes a memorable impression and will haunt the nightmares of many for the foreseeable future.

RANDOM FUN FACT: Stranger Things could arguably be a HUGE influence on this film, which I say is in no way a detriment. The show’s creators, the Duffer Brothers have always cited Stephen King as a major source of inspiration for their work, and whilst the film was in pre-production hell in 2013, they actually petitioned to direct the film. However, without the success of the now hit Stranger Things under their belts, the studio decided to pass for better-reputed directors. It's also funny to note that Stranger Thing’s star, Finn Woldhard plays loud-mouthed Ritchie Tozier in the film, being cast 2 years previously to his Stranger Things debut.

Cinematically, to really mesh all of the tones and thematics together, the film is hugely improved thanks to the chilling work of composer Benjamin Wallfisch's hauntingly intense score. Though most scenes pay homage to the traditional jump-scare ideals, the Pyscho-esque strings really intensify the right moments, broken apart by classic 80’s nostalgia and making the scares extremely well executed and extraordinary claustrophobic. Combined with Muschietti's direction, the score does a brilliant job of immersing the viewer into every single scene, even if some 'scares' feel a little clichéd.

Part supernatural horror, part romantic coming-of-age drama, It really is one of the best Stephen King adaptations in recent years. (Let’s not talk about The Dark Tower, shall we?) It is a film that combines the power to scare with the power to evoke tumultuous emotions of childhood delight, nostalgia, and angst. I believe It is worth every view, including my second and third this week, and is a delightfully disturbing treat that should not be passed by.

And remember, it’s just so easy to come join the clown. We all float down here. Yes, we do.

‘It’ is out in all cinemas now courtesy of Warner Bros, New Line Cinema.