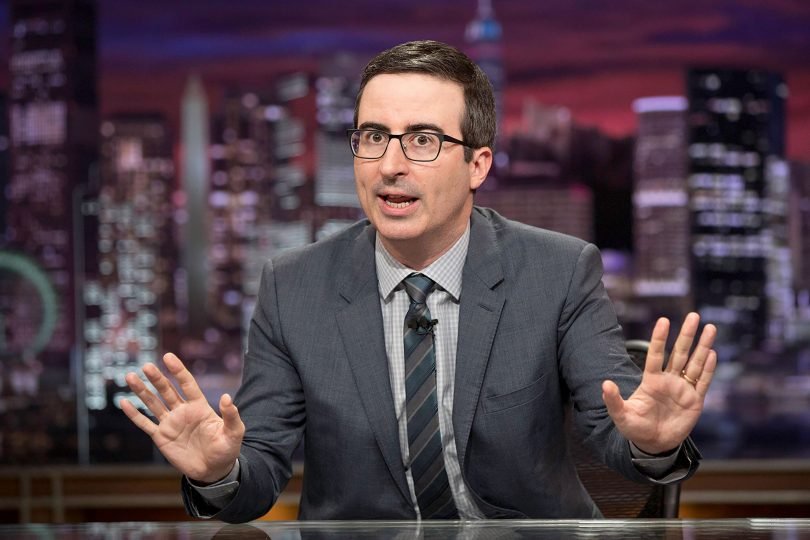 Satire is a huge part of any democratic nations culture. In Ancient Greece, the first democracy, we see the foundation of satirical comedy and plays. We only need to look at Aristophanes play, The Clouds, to understand the true power satire can have. Famously, The Clouds was used as crucial evidence in the trial of Socrates. To which he was found guilty and sentenced to death.

Today, satire has moved away from Greece and has spread worldwide. From America to the Arab States, satire has always coexisted with the establishment. Yet this relationship is symbiotic. No matter how suppressed freedom of speech is, or how free, satire will always shine through to challenge the established power.

I myself have developed a huge love for American and British Satire. This passion has grown especially during the Trump, Brexit and Popularist movements. Nevertheless, there needs to be addressed certain aspects which the public and established powers have now placed into satire.

What is a “fake news” culture?

Recently, “Fake News” has become a zing word used to describe news which is deemed inaccurate or misleading. “Fake news” has grown in recent years due to the power of social media into which one shared article can lead to millions being influenced by incorrectly information. However, “Fake news” is broad. Some are designed to be obviously false like onion articles with stories like:

“Horrified nurses discover 40-pound baby after accidentally leaving it in an incubator over the weekend.” –Onion Article

However, there is a bigger danger in articles and news stories that look real but have a strong either political leanings or clear favouritism through corporate sponsorship or other motives. Examples of this can be seen when president Trump held up a Breitbart article as proof to his claim that Muslims celebrated after 9/11. Even Fox News separated themselves from this claim because it was blatantly inaccurate. Yet, this story spread like wildfire through right-wing sites triggering further dislike for the Islamic community.
This style of “fake news” is dangerous because it creates a cycle of misinformation based on which political sphere you reside in. Though this problem is majorly seen in right-wing political spheres, there is also left-wing fake news which has the same spread.

Because websites like Facebook, 4Chan and Twitter allow people to micromanage the news they receive often coincide with their views. Not only is this an issue when regarding people news lacking variety, it’s also an issue because everyone else does the news from the exact same place meaning that Trump or Boris Johnson could say something they found on a site or “news source” say it, then have it validated because their base have also read or listened to the same news source. This is the fake news culture.

Satire has also been accused of being fake news. Which of course in some way, it is. Satire is not news, it is comedy using the news as a catalyst to create material. However, this has not stopped people accusing those in comedy of spreading misinformation often from liberal activist points of view. This is because comedy is often becoming the new source for many people especially the area of late-night. This can be seen in the UK with shows like the Russell Howard Hour, Mock the week and the mash report tackling areas like homelessness, NHS and Brexit. But is more common in America where publishers were allowed daily updates and shows like the UK where most of the comedy shows happen on a weekly basis. In the US, shows like the late show, the daily show, last week tonight and an array of self-titled late-night shows have become a daily occurrence for Americans.

These shows often have an agenda, they are from liberal or left-wing and critical of those in power. This relationship has normally been understood, it’s been going on for thousands of years. It has been going on since the first democracy in ancient Greece. But people get agitated by it, comedy is bad for a brand.
Comedians in general intend to distance themselves from the Journalist level. John Oliver stated on CBS that he is “not a journalist”. Yet the work of John Oliver, the daily show and Russell Howard have done, possibly allowed a bigger involvement of the general public into politics by making it more accessible. Laughter is something which is heavily desired and is a good educational platform especially on complicated matters such as bureaucratic legislation.

This is the John Oliver footage they didn't air in the UK for reasons so stupid I'm going to have to just let him explain in the tweet below. pic.twitter.com/PivKh5CinB

John Oliver is particularly good at this, often asking Americans to get involved by writing or calling their representatives. On issues ranging from the NRA to Tobacco. This connectivity with the public is receptive politicians and journalists can only wish for. Politicians are viewed as old, out of touch and unrelatable. While journalism is under attack in the digital age, with the number of clicks being more important than informing the public. Comedians are viewed as trustworthy, often because of their relatability. You trust the word of a friend over a stranger. In the digital age, comedy is click bate, is quick and easy. An efficient way of sharing information.

Nonetheless, satire needs journalism, often print journalism to highlight their points. For such an unappreciated profession, it’s depressing how often print journalism is exploited. Yet, it suggests that real news is not being replaced by satire, but rather they have become a balance for each other. Satire needs real journalism to fuel its extensive material and journalism needs satire to give awareness to the issues raised by journalists. Therefore, the relationship has changed. The symbiotic relationship between establishment and journalism, may, possibly now include satire as well.

My name is Zoey. I am an avid writer and history student. My passionate writing subjects role around Neurodiversity, History, British and American and World politics, culture (specifically comedy, art and war poetry) and activism.

When I am not writing in-depth articles, you will find me in the kitchen cooking inventive meals, reading, watching ITV3 dramas and being a little too nerdy for my own good.