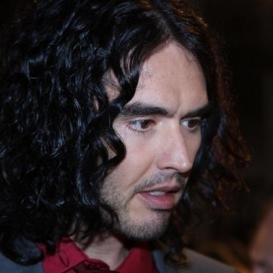 Self-branded Revolutionary Russell Brand boasts that he’s never voted, and yet his recent calls for the downfall of the establishment – in all its shapes and forms – have resonated with a disenchanted generation across the UK. And it makes no fucking sense.

Politics is a participation sport. You’re either part of it, or you’re not. Brand presents this to us as: part of the problem, or part of the solution. Apathy. Something tells me Mr Brand isn’t as smart as he thinks he is.

Russell Brand is a knob.

He thinks people shouldn’t vote. Let’s examine this suggestion. To not vote is to not give legitimacy to the establishment. Understood, the establishment is a partially faceless elite clique that sets the pace and direction of the country.

Of the elected part of the establishment, they come from the two (sorry, I refuse to say three) main political parties: Labour and the Tories. They’ve run the country for the last 70 years. These parties have members and supporters – people who can be counted upon to vote for them time and again.

Brand tells the disenfranchised not to vote, as it makes no difference…like not voting.

In fairness, this is what a lot of the disenfranchised do already. Others voted Ukip, or BNP. Neither are particularly wise choices, and any revolution that their voters dream of comes in the form adjustments made by the establishment parties policies to appease them.

But the majority of Brand’s followers don’t long for restrictive immigration laws, a privatised health service, or reduced taxes.

The political world does not make the establishment – the tens of thousands of activists in the trade union and environmentalist and movements – to name just two – would disagree that they were in existence to maintain the status quo for their buddies.

What would get the disenfranchised, and Brand, back at the ballot box? Would it be the promise that the party leaders would all resign? More coalitions? Less coalitions? Free tuition fees?

Brand would be better forming his own party, using his profile to recruit membership, and his own funds to build a public profile that can be taken seriously.

What would the “Brand Values” be? Likely free tuition, the scaling down (if not the ending) of the Trident nuclear weapons programme, and – something that seems to have been overlooked – proportional representation.

Proportional Representation is not popular among the political elite, mainly because it stands to lessen their influence. The idea of PR, for the uninitiated, is that the makeup of parliament matches the vote nationally through larger, multimember constituencies.

It would mean that the influence of the major parties would be negated, whilst the smaller parties would actually have their voices heard. Crucially, it would prevent Brand’s party becoming too influential.

Because, let’s face it, Russell Brand’s a knob.