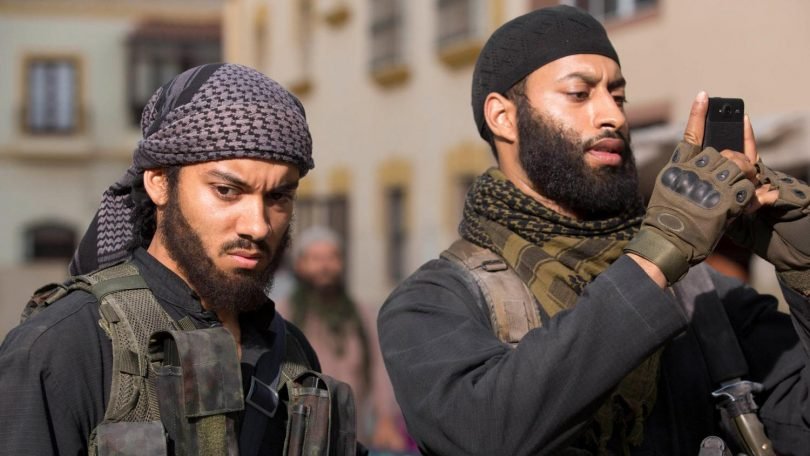 Upon reading the defense of ‘The State’ and understanding the making of the drama, I felt it only fair to watch the show itself and give an analysis of the show.

To understand what the anger was all about with this show, despite the title and synopsis, I felt it was only fair to watch episode one. What followed was also a trying grasp of how this felt like an inside grasp of what current British politics look like. Young Britons leaving for Syria, to start new lives that are different than what they were originally told.

The idea itself is not new to television. A quick google search will turn up several shows going back to 1966 of shows and movies about terrorism. The quickest movie I can think of is Jon Stewart’s Rosewater from several years ago.

However, the most recent one, coming from writer Peter Kosminsky, The State is a recent echo from a war zone that hits everyone close to home, and sympathizes with victims lured from ISIS.

Channel 4 #TheState
I have no words.
Surely one of the most important and harrowing dramas of our time on the Syrian war

The cinemagraph was fantastic evoking confused feelings that – evident from the public backlash – received differing views. It reminded me of a way someone tells a joke and when it falls flat says, “oh…too soon?”

Perhaps that was part of The State’s downfall. It was told from an interesting point of view and portrays basic human qualities of people entangled in this international group and provokes more questions out of viewers. Instead of provoking more questions, however, it makes people angry over the situation itself. It makes people wonder at the current when it comes to this issue, and our own politics at home and go, “I’m angry at this, that and the other and nothing is going right. Why isn’t it going right?” perhaps some may be wondering, “It used to work, this entire system we had used to be simple but now, what is going on that makes it falls on itself?”

Are we doing enough for younger and minority communities that may consider joining a terrorist group or are we to stand still and say “shame” when they leave as families plead for governments to bring them back? What kind of situation does that put our own democratic nations in when we must present ourselves vulnerable when citizen’s lives are at stake. This series made so many questions spring up in my head that I began to heavily research in pursuit to understand more after seeing the first clips of the series.

I wondered, “is this necessary? To have a series on TV outside of the  news also about something that many of us are aware already?” It reminds me of reading about when Vietnam was the first televised war in America and hearing about that experience from family.

I remember when I was first starting my writing career in school a few years ago, a journalist from Houston, Texas named Austin Tice was kidnapped in the Middle East. We were asked for signatures for a petition for the government to bring him back, and in another booth, were asked if we could tell the differences between terrorist groups around the world. That was in 2015.

A few wandering curiosities, and this series that even in design, culture, and in writing is at its peak. It displays its grandeur in four hour-long episodes that, perhaps after all the criticism, that it won acclaim from researchers when it was broadcasted on Channel 4 after the Spain terrorist attacks.

The through research, when Channel 4 explained this after the criticism said, “The State is based on extensive factual research and offers an unflinching insight into the horrific actions of ISIS, an which we believe is an important subject to confront and explore.”

However, like what was said from Bethany Haines when she said in the same Guardian article, that in the Daily Mail, explained, “The last thing those families need is a drama about Islamic State on TV at the same time their lives have effectively been torn apart by that same group.”

But from Kominsky, the writer of the series explained:

“we are trying to say: bear with us while we try to understand what’s going on…but of course to do that you have to sympathies with the characters and allow them to be initially excited and glad and then slowly see the disillusionment creep in.”

From that mindset that Kominsky explains, it can be obvious that the characters well into episode three are starting to figure out what’s going on. They start to feel especially disillusioned when the idea of marriage sets in.

Overall, the series was excellent. It hit critical moments and made me cringe and almost look away when a women’s foot was lashed in one episode, and i felt a mix between discomfort and anger when soldiers talked about women being less than men because they menstruate and the later treatment and segregation between the women and soldiers.

I would give this series a 10/10. It is available from National Geographic online with your login provider.