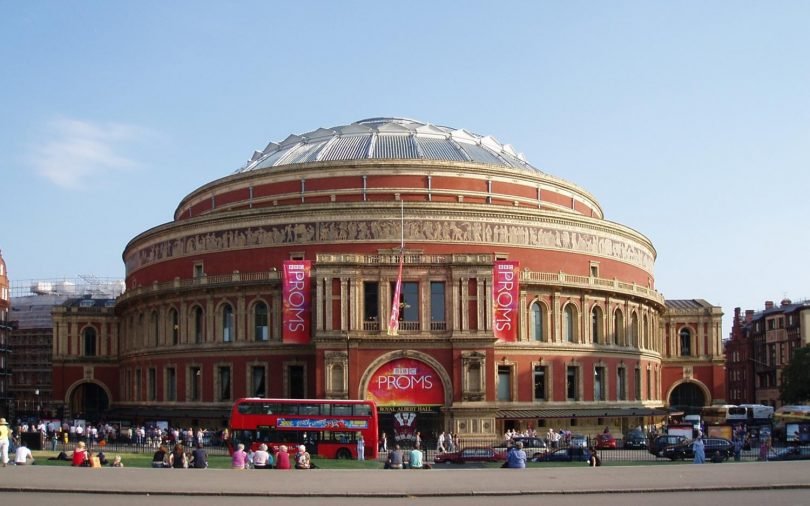 Some Proms are made to be groundbreaking, showcases for new or rare music, or aimed at niche audiences. Others are just classics for pure, undemanding pleasure. On a Friday night after a long week, the second kind is perfect, and Prom 9 delivered.

Any programme which is half Mozart is promising if you are after well-loved favourites. The other half of Friday night’s music was Mendelssohn – not quite as famous, but with an equally delicate touch when it comes to harmony and orchestration.

The concert was performed by Le Cercle de l’Harmonie, a French chamber orchestra specialising in classical eighteenth to nineteenth century period music. It is a treat to have them in the UK at all, let alone being in a venue where 6,000 people can hear them at once. They looked tiny on the Albert Hall stage, but they were well-balanced and played with careful precision, so the sound carried well around the hall even if some of the finer details got a little lost. The period instruments added an extra dimension to the sound which made the live experience rather than standard recordings extra special, although some of the horn lines had trouble in the Mendelssohn symphony.

Their conductor Rhorer took them through the Mozart Symphony 39 and Mendelssohn’s Italian symphony at a blinding pace, which they just managed to pull off. The energy and adrenaline was palpable, bringing fresh excitement to familiar movement, and it carried off even the moments when the orchestra’s fingers struggled to quite keep up. Rhorer’s directions were clear and direct (though I could not help feeling that he would have benefitted from a Nadal-style headband so he could actually see his orchestra while moving around on the podium).

Between the two symphonies, the interval was book-ended by two arias: first, Mendelssohn’s Infelice, a woman’s lament for the lover who abandoned her. The soloist, Rose Feola, has an impressive CV and is clearly an up-and-coming new talent, but she doesn’t yet have quite the power in her voice to fill the Albert Hall, and she was overwhelmed by the orchestra in the faster middle sections. The best parts were the duets between solo violin and voice, which were contemplative and melodic.

After the interval, the second aria was Mozart’s Ah, Lo Previdi. This was a more dramatic and expressive piece, and better suited Feola’s style, allowing her to use her flexibility and pure tone without having to push her voice or slide onto high notes. It was only a shame that her interpretation of the piece was limited by the use of sheet music, though she nevertheless put the piece across well.

The final romp through the Mendelssohn, especially the record-breakingly speedy Salterello, left the audience in a wonderful mood, and Rhorer was called back until the orchestra gave an encore. The overture to Mozart’s Marriage of Figaro was the perfect choice: popular, light-hearted, delicate and with the fast-paced fun the orchestra clearly love.

Proms like this are a perfect way to spend an evening after a stressful day – I don’t know anyone who would fail to enjoy classical music, well-performed, amid an enthusiastic audience. If you have not yet been to the Proms, find a piece you love and grab your chance when you can.