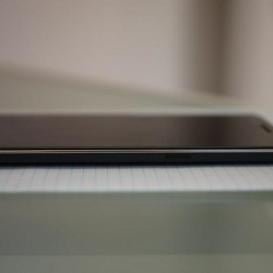 OnePlus released their first phone, the One, some months ago now. Is it bizarre and a little confusing that I’m reviewing a phone that isn’t necessarily new? Yes. Is the whole company and phone itself equally bizarre? Also yes.

Even if you were the kind of person who considered themselves to be technologically proficient and who read technology news from time to time, you’d be forgiven for not having heard of OnePlus. There are a number of reasons why, perhaps, you may not have heard of them. They’ve made and released one phone, they are a reasonably small company based in China and they have no advertising budget. The single phone that the company have produced would have to be fairly special then to warrant a review in every major newspaper, technology outlet and (finally) Kettle Magazine.

Allow me to ruin the rest of this review, but the phone is extraordinary. If you are in need of a smartphone and the prospect of not having an iPhone isn’t a terrifying one, then this may just be the best prospect for you and I’d advise you to go and buy one. Below is why.

The OnePlus One made headlines and generated a phenomenal amount of buzz on social media for three key reasons:

Firstly, from a technical standpoint, it’s a brilliant phone. On par with every other flagship smartphone, including the HTC One M8, the Samsung Galaxy S5, the Sony Xperia Z3 and numerous others. It features the hardware that is widely considered standard for a top-tier smartphone in 2014.

Secondly, the price is ridiculously, laughably low. They charge £229 for the 16GB model and a mere £269 for the 64GB model unlocked, off contract. Comparatively, a Galaxy S5 retails for £499, as does a HTC One M8. An iPhone 6 Plus in 64GB variant will cost you £699. In other words, not far off the cost of three OnePlus One phones of the same capacity.

Thirdly, the company who makes the phone did some fairly unusual stuff with social media and their entire approach to selling and manufacturing. More on that later.

Let’s talk about the technical aspects of this phone. It has a 5.5” full HD screen, or 401ppi, if you prefer the density metric. Which ever way you cut it, it’s a large device. I have hands of ordinary proportions and have found the phone to be usable single handed (albeit with some practice), but I always find myself using it more comfortably with a second set of fingers. The screen itself is spectacular. The colours are saturated and radiant, it is bright to a point of impracticality, it’s visible from just about any angle and everything looks sharp. I took out a magnifying glass to try and spot individual pixels without much success.

In terms of performance, it is stupendously fast. It has a lot of RAM (the stuff used to run multiple programs at once) and a powerful processor. It does everything really quickly. It is fast at complex tasks, like loading 4K videos but also at the more simple stuff, like opening Facebook or using Snapchat. In head to head tests I did with my brother’s iPad Air Two (which is more powerful than an iPhone 6), it outperformed it every time. Similarly, it is quicker than an LG G3 and a Nexus 5. You get the sense whilst using it that it is going to be fast for quite some time, that it’s a secure bet as a phone you might want to hold onto for two or three years. I’ve used it for about a month now and it hasn’t yet stuttered or slowed.

The camera fitted to the phone is excellent. It takes good shots, crisp video and is pleasant to use. The camera is better than most devices I’ve used, but it is clearly an area that the company have saved money in. It takes RAW images, which matters if you love your photography. The focus is sharp, it works well in low light, the colour is accurate and it’s intuitive to control. Plenty of professional photographers see the phone as an excellent accompaniment to their full size cameras. However, given the low price point, some corners had to be cut. It is, I suspect, the reason it doesn’t have a 20 megapixel sensor. But for all but the most demanding camera users, it is superb.

The phone feels really good in the hand. It has a single piece of glass covering the entire front of the device. Also on the front is a grill, a camera, a useful little notification LED and a light sensor (as well as three light-up soft touch buttons). The whole front of the device is surrounded by a metal band. The band adds immeasurably to the quality of the device, which has metal space frame structure underneath. On the bottom side, it has a Micro USB port, and two real speakers giving great stereo sound. Where many phones have two slots, one is usually a microphone and one a speaker. On this phone, there are separate microphones and real stereo sound. On the sides there is basically nothing, except for a SIM tray, a power button and a volume rocker. On the back, there is a camera, a flash, some logos (but no nasty carrier branding) and that’s about it. The only other thing worth mentioning is that the 16GB and 64GB models are different colours. Sort of. They come with different backs, the 16GB one being an extremely soft white that is designed to replicate silk. The 64GB one has a back that is black, and is rougher. It has an incredible fine grit which makes it grippy, but it’s hard to describe what it feels like.

The phone runs Android. The model I have is on 4.4 (KitKat) but could be upgraded to the latest edition, Lollipop, 5.0. It doesn’t have any nasty bloatware or ridiculous apps that come pre-installed and cannot be removed. It is, in essence, the exact same thing you might find on a Nexus or Google Play device (vanilla android). There isn’t a great deal to say here. If you’ve used an Android Phone before, or indeed an iPhone, this is going to be familiar. It is snappy, it has a vast selection of apps on Google Play, it supports just about everything and the Google services (like Google Now) are useful. The only thing worth mentioning here is that this phone comes with something called Cyanogenmod, which is pretty neat. It means the phone comes, which means you can customise just about everything. You can change the way the icons or folders look, the wallpapers, the animations, the transitions, the lock screen. You can even choose whether to use the aforementioned offscreen touch keys, or use on screen buttons (à la Nexus). The phone is Android, but in God mode.

I’ve already said the phone is cheap, and generally good. But there are very few areas where it’s low cost is apparent. It doesn’t have a 2K screen, like the LG G3 or the Samsung Galaxy Note 4. To be honest though, that shouldn’t bother you. 2K isn’t widely supported by app developers yet, which means a lot of content looks stupid on it anyway. It also cannot be purchased in a physical store yet. The company is too small and too new to operate in that way. Unless you know someone who owns one of these phones, your purchase is a little bit of a leap of faith. You have to trust in the company and in the reviewers, like me, who endorse the product.  Given the season, if you’re thinking of purchasing this as a gift, you ought to know that the phone is beautifully packaged. The box is just about the fanciest one I’ve ever seen, and is leagues ahead of the iPhones renowned packaging.

This review is quite short, and doesn’t come close to doing justice to the phone or covering every detail. If you want to find out more, don’t hesitate to comment, tweet me or do some extra research (I highly recommend MKBHD’s videos on the phone)