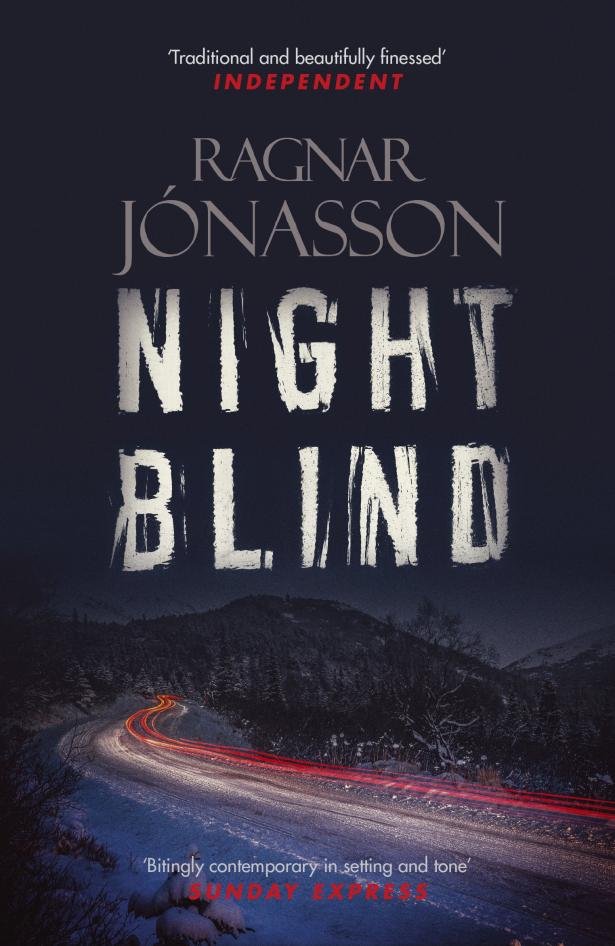 Nightblind is the second instalment in Ragnar Jonasson's Dark Iceland series. It picks up five years after the events of the first book, Snowblind. Ari Thor is a local policeman in the close-knit fishing village on the edge of Iceland, Siglufjörður. He has been passed over for promotion, with Herjólfur being made his new superior, something that is a bone of contention between the two.

Herjólfur is fatally wounded when a shooting takes place in a secluded house while Siglufjörður is engulfed in an icy darkness. In a small town, a cold-blooded murder like this is a rare occurrence and the news of the shooting spreads like wildfire. Ari Thor is called in to investigate the murder, alongside his old boss, Tomas who had previously been transferred to Reykjavik. Ari's turbulent personal life adds to his troubles. Not only is he still adjusting to newfound parenthood but lately his girlfriend is being perplexingly distant and as Ari soon discovers, she is at a crossroads of sorts, still harbouring resentment towards Ari for his past betrayal.

The murder inquiry takes them both down to the rabbit hole of convoluted local politics and long buried community secrets. The story is interspersed with journal notes of a man who is seemingly being held against his will in a psychiatric ward in Reykjavik. The interweaving journal entries are eventually interwoven with the main mystery, culminating in a satisfying climax.

Nightblind adheres to its Scandinavian noir roots as it features an Agatha Christie-style whodunit, with the plotline being sustained by atmospheric setting in frosty Iceland. The biting chill is vividly portrayed in the narrative, which evokes a bleak sense of foreboding. Even though in small-town mystery, the stakes are never high, I still felt that at some points  the buildup to the climax was a bit lacklustre. Also, Jonasson at times leaves nothing to the imagination, spelling out all the clues peppered throughout the story. A bit of subtlety here would have made the mystery more compelling.

While this is the second book in the series, it can be read as a standalone without feeling like you are missing pieces of the story because of Jonasson's limpid prose. I look forward to reading Blackout, the third addition to the series, which was published back in July. This slow-burn detective novel is a welcome addition to the genre of crime fiction and a treat for aficionados of detective fiction and for fans of Jo Nesbo and Åsa Larsson.

Have you read 'Nightblind'? What do you think? Let us know in the comments below!