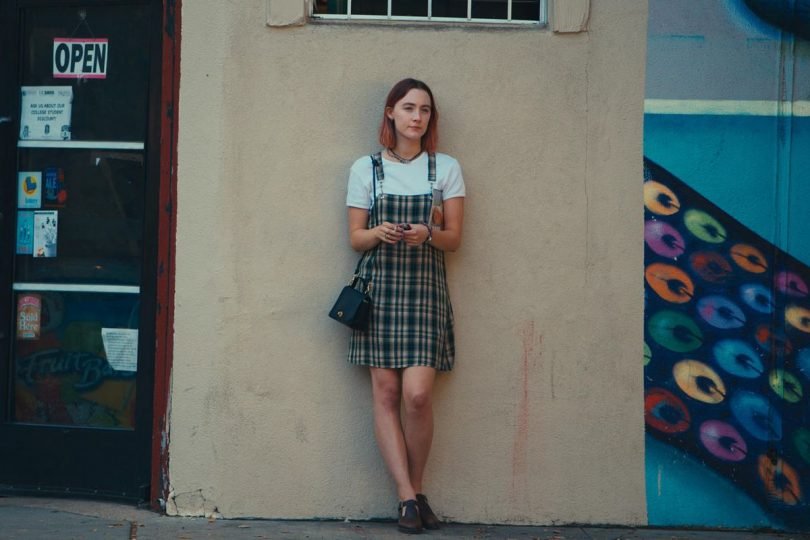 Recognised worthy of a Golden Globe, Greta Gerwig’s directorial debut Lady Bird was capturing people’s hearts just from the trailer. There was a wave of excitement and anticipation for the film to hit the big screens. Especially in the UK where we got hold of the film months after the USA. And was it worth the hype? Was Lady Bird going to be the classic American coming of age story where the ugly duckling turns into a swan? Or was it going to hold the ‘too cool for school’ narrative? Luckily, Gerwig’s Lady Bird was neither. It was a perfect story of the imperfect teenage life.

Saoirse Ronan (Brooklyn and The grand Budapest hotel)  gives a wonderful, raw and honest portrayal of Christine ‘Lady Bird’ McPherson. She is your typical edgy teenager who dreams of a life in New York, despite her Catholic school teachers and mother telling her she will never get into a university in the city. Ronan captures the perfect balance between being sensitive, melodramatic and, well, just normal. That’s the special thing about this film, nothing spectacular happens in it. There is no dramatic plot line or over the top characters. It is just real. There is speculations that Lady Bird gives an insight into Gerwig’s life as they both went to a Catholic school in Sacramento and parents of the same profession. However, it is never clear what is from Gerwig’s past and what is authentic to the film as Ronan embodies the role so well, you’d think she was just a girl on your street.

Lady Bird tackles a lot of teen issues in the 95 minute running time. Along with a couple of romances, her friendship with Julie (Beadie Feldstien) remains a constant feature throughout. Lady Bird appears to be just average through school while Julie thrives in maths and the school’s theatre group. Much to Lady Bird’s dismay, she gets given a silent role and watches her overweight friend star as the lead. They chat futures, boys and tension grows as Lady Bird attempts to fit in with the ‘popular kids’. But the friendship isn’t a petty cheap subplot. It isn’t based on rivalry. Lady Bird and Julie’s friendship is the perfect roller coaster that anyone can relate to. Despite their fallouts, they both lend shoulders for each other to cry on.

Pulling on the heart strings

One character who refuses to show tears is Marion. Laura Metcalf gives an overwhelming performance of the irritating and over critical Lady Bird’s mother. While this film is a coming of age story, it wouldn’t be the success if it wasn’t for the frustratingly imperfect perfect portrayal of the mother and daughter relationship. Marion is determined to keep the family afloat, taking double shifts, while her husband is made redundant. Her frustrations comes out on Lady Bird as they scream at each other in the living room with the awkward stares from the rest of the family. Marion is forever critising Lady Bird for the way she dresses, her rejection of her birth name, Christine, and her academia. Yet, they share sensitive moments and inside jokes when the time is right and when it matters most. While Marion’s negativity may seem irrational and a bit over played, the relationship between her and Lady Bird captures a true essence of parent and daughter, through the good and the…not so good. Heart strings are pulled upon in Metcalf’s frustrating final scene as her daughter is dropped off at the airport to start her university life.

Lady Bird encourages determination and perseverance through a tricky time. While Lady Bird may not be the most smartest or most talented, she refuses to give up. It is a film that should be seen all young people, especially girls and their mothers. Gerwig’s work proves to be a heartwarming and satisfying. While she is not new to the industry, this film has put her on the map and she’s one to look out for. If she is anything like Lady Bird, there’s no doubt that Gerwig is not going to stop.