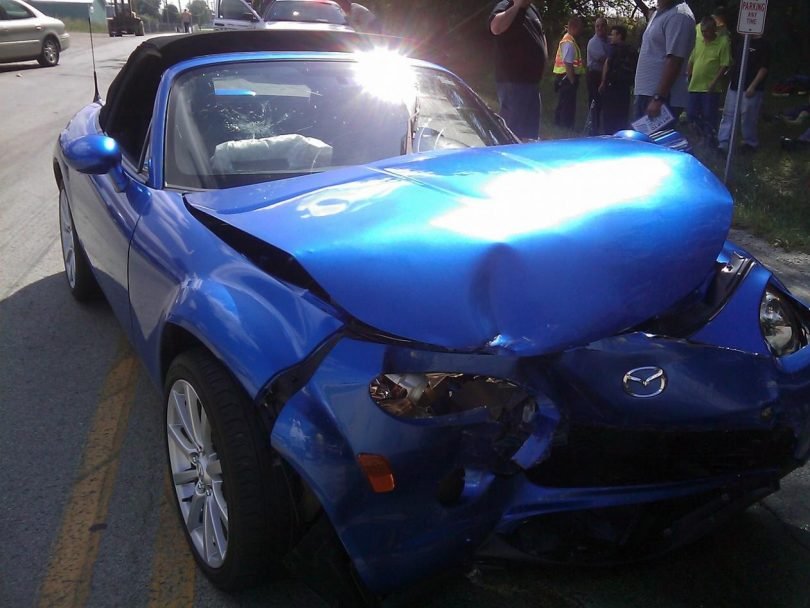 A shocking 82% of fixed penalties issued by the police to drivers under 25 over the past two years* were for speeding, significantly higher than any other driving crime in the same timeframe.

Speeding, which results in fines, points or a speed awareness course, saw millennials snapped on both mobile and static cameras around the country. Elsewhere younger drivers also took a relaxed approach to safety, with 7% caught not wearing seatbelts, with another 7% being guilty of driving without insurance.

The research, by auto retailer, Robins and Day, was compiled from UK police constabulary data and examined 16,858 separate cases of driving offences, where fixed penalties were issued to drivers.

Further information on the research can findings can be found here:

The cliché of millennials being addicted to their phones is also true when they’re behind the wheel. This particular crime, which has seen the police introduce tougher new laws, made up 4% of the recorded offences.

Robins and Day also asked young drivers a series of questions on what is and is not legal behind the wheel and found that more often than not, they could not tell the difference.

Nearly half of millennial drivers didn’t see any problem in fending off their hunger by tucking into something when driving behind the wheel, with a further 25% believing it was fine to use a horn when stationary- both of which can be motoring offences.

However, a third were wise enough to know they were legally allowed to blast out their music as loud as they wanted in the car. While some drivers mistakenly believed perfectly legal activities, were in fact against the law. These included: wearing headphones and driving with the interior light on.

“We were anticipating there to be a number of different offences committed by young drivers, however we weren’t predicting speeding offences to dominate the list of crimes we examined.

“Speeding puts not only the drivers, but other road users and pedestrians at risk. It’s important that the UK’s young drivers understand how serious it could be, and the punishments they could face as a result of it.

“We certainly were not expecting to see so many drivers unable to tell the difference with what’s legal or not when driving. With most being fresh from doing their driving tests, we’d think this knowledge would be recent in their minds.”