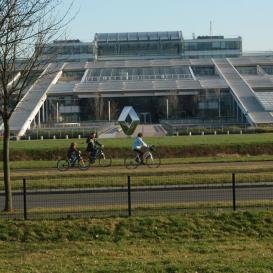 The emissions scandal last year became synonymous with Volkswagen, the German car manufacturer, but there are increasing concerns that other companies may too have cheated emissions tests.

Last week, a number of raids took place at three different Renault facilities in order to check that no cheating software was being used.

Renault has announced that tests have shown no evidence of the so-called cheat devices like those Volkswagen admitted to using. It also said that it was fully co-operating with the police probe. The raids specifically targeted the engine control units, and a number of personal computers, belonging to company directors, were taken.

No evidence of cheating software

Segolene Royal, the French Energy Minister, said that government tests had not shown any evidence that cheating software was being used by the company.

As a result of the raids, shares in Renault have plunged. They dropped by 20%, but later recovered to be trading at 10% lower than their value before trading commenced.

The emissions scandal, which began in September last year, is likely to cost Volkswagen billions of euros, and several other cars companies have also been under scrutiny. Many released statements immediately after the scandal to say that their cars adhered to all emissions criteria, and that they did not use cheat software.

Peugeot, the traditional French rival to Renault, said that its factories were not involved in any of the police raids, and that its equipment had recently passed regulatory compliance tests.

A spokesman for Daimler, another German car company, said that the company have received assurance from Renault that engines in its Mercedes-Benz cars – which are supplied by Renault – do not contain these devices.

Volkswagen has said that it will recall 8.5 million cars in Europe, as well as 500,000 in America. Recently, the Department of Justice of US’s Federal government began legal proceedings against the company, filing a civil lawsuit in Michigan. The Justice Department is suing for $48 billion, though the true settlement value may be far less than that. In a similar case at the turn of the century, US authorities sued Toyota for environmental violations of 2.2 million cars which it manufactured between 1996 and 1998. Toyota was required to pay $34 billion of the originally $58 billion case.

The lawsuit which Volkswagen will face may be followed by a number of criminal charges, which propose that Volkswagen is not only in breach of the US Clean Air Act, but that the company also mislead consumers. A number of class action lawsuits are currently awaiting action in Northern California.

What are your thoughts on the emissions scandal? Let us know in the comments below!