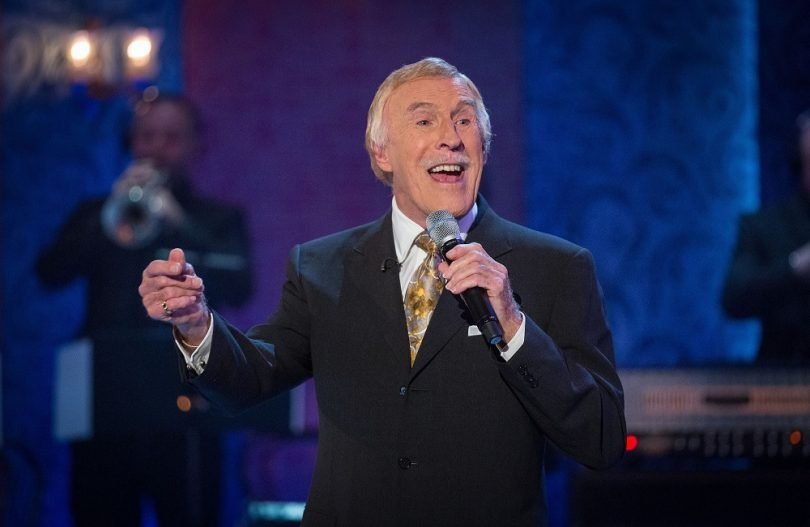 For fellow children of the ‘90s, Sir Bruce Forsyth was a stalwart of Saturday night television.

The veteran entertainer, who has died aged 89, enjoyed a long and glistening career as the host of some of Britain’s most popular game shows.

Forsyth, for many, was a reliable signpost throughout childhood. Cosy weekends would be spent revelling in his unfaltering passion as he lightly jested contestants and shouted one of his countless much-loved catchphrases. A rarity in the fickle world of showbiz, he was a mainstay who enthralled several generations of British households throughout the years. Bruce was a natural at commanding the attention of loyal fans, young and old, across the country.

Born in Edmonton, North London, to musician parents who were members of the Salvation Army, Forsyth had far from a shy and retiring start in life. A direct descendant of William Forsyth, a founder of the Royal Horticultural Society whose name was given to the plant forsythia, Bruce was always destined to live up to his predecessors and become a household name.

He was the King of TV, the Prince of performers and the most generous of people… all toe-tapping twinkle, all kindness, all love….

His rise to fame may have been meteoric, but his entrance into showbusiness was typically modest. Recalling his childhood, Sir Bruce told how “as soon as I got home from school, I’d take up the carpet, because there was lino underneath, and start tapping away”. With a Fred Astaire film serving as the inspiration for his experiment into tap-dancing, Bruce was soon climbing the ladder of light entertainment. His stage debut came at 14 as Boy Bruce, the Mighty Atom, at the Theatre Royal, Bilston. He may have been bottom of the bill, but for the teenage hopeful entertaining a live audience was a welcome escape from the harsh realities of wartime Britain.

While he may have started early, Forsyth’s success cannot be said to have been achieved easily. Throughout the 1940s and ‘50s, the eager adolescent performed in humble church halls and theatres across the country, clutching moments of sleep in train luggage racks.

His dedication and hard work was to pay off, when in 1958, he was asked to present Sunday Night at the Palladium, a televised variety show to be aired on the ITV network.

At a time of unemployment and disillusion with showbusiness, the offer of appearing in front of 10 million people saved Forsyth from a lifetime of anonymous monotony.

His original two-week booking became a five-year stay, by which time he was Britain’s highest paid entertainer, earning £1,000 a week – just short of £19,000 in today’s money.

With a career that was shining in the late 1950s, it is hard to believe that Forsyth was still entertaining the nation up until three years ago.

Along with co-host Tess Daly, the veteran presented BBC’s Strictly Come Dancing for 10 years until Claudia Winkleman took over to give him a well-deserved break in 2014.

Daly led the tributes to her ‘dear friend’, hailing him as a “gentleman and a true legend.”

Daly attributed his success to the incredible bond he created with viewers: "He had a remarkable chemistry with his audience – that's what made him such an amazing professional and why he was so loved. He has been part of all of our lives, and we'll miss him dearly."

Such was his versatility, Forsyth seamlessly adapted throughout the decades and continued to establish himself as a adored compere.

His special brand of personality – calm and authoritative yet delightfully silly – saw Forsyth take the wheel of several game shows such as the Generation Game, The Price is Right, and Play Your Cards Right. A career as established as his would leave anyone weathered, but he remained enthusiastic throughout – sometimes more so than the contestants he beckoned to “come on down”. his excitement over the simple words of “higher” and “lower”, and anticipation over a conveyor belt of teddy bears and toasters was unfaltering, and made for truly heart-warming viewing.

1995 saw Forsyth awarded the British Comedy Awards Lifetime Achievement gong. Not content with an entire life’s dedication to entertainment, he continued to treat audiences to his infectious humour for another 20 years. His unwavering passion and devotion to the industry also saw him the recipient of a knighthood in 2011.

His ability to reach through the television screen and immerse viewers in a carefree world of variety acts, giant playing cards and a glittery wheel promising attractive prizes, was a real testament to his effortless talent.

The whole Strictly team is devastated to hear of the passing of Sir Bruce Forsyth. Bye Brucie you're our favourite https://t.co/TJS4egUgKu pic.twitter.com/vpwtP4zBFS