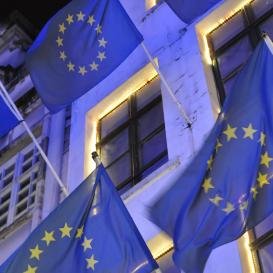 The probability of the UK remaining in the EU after the June referendum has surged to 74%, a jump of 10% compared to a week ago, according to bookmaker Betfair.

Betfair data has shown the probability of the UK staying in the EU is the highest it’s been since September last year.

The pound rose to a six week high against the Euro at the same time with Obama’s comments being seen as adding weight to the argument from finance and global leaders for the UK to remain in the EU.

The move comes after US President Obama’s controversial warning to the UK to vote to remain in the EU, and that leaving would place Britain at the  “back of the queue” for any trade deal with the US. He was harshly criticised by the Brexit campaign following the comments with London Mayor Boris Johnson saying, “I think most Americans would accept that there is something rum about asking us to subordinate our democracy in this way, when America would not dream in a million years of doing likewise.”

Justice Secretary, Michael Gove, warned in the Times that the next wave of EU expansion that may include Turkey and Albania, could create an immigration free for all.

However, Home Secretary Theresa May, countered his warning by claiming that fighting international crime and terrorism was easier from within the EU than it would be from outside.

President Obama left the UK for Germany where he reiterated his support for a united Europe. Speaking at a trade fair in Hanover he said, “I’ve come here today to the heart of Europe to say that the United States and the entire world needs a strong and prosperous and democratic and united Europe.” Adding that, “What happens in this continent has consequences for people around the globe.”