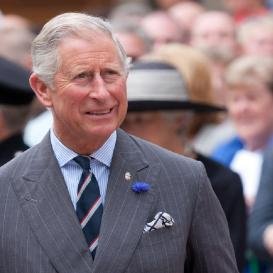 For Robert Evans and his colleagues at The Guardian, 26 March would be a day they would not forget anytime soon.

In April 2005, Evans filed a request under the Freedom of Information Act 2000 to see letters written by Charles, the Prince of Wales, to government ministers and departments regarding specific policies, including, according to a report from the Financial Times, letters to the Cabinet Office, and the Business, Education, Culture and Environment departments.

After the departments declined to release them, Evans wrote to the Information Commissioner, and a complaint made about the decision was sent to the Upper Tribunal, which ruled that 27 letters, known as advocacy correspondence, to become known as the Black Spider memos, be released under the Act.

The Attorney General at the time of that 2012 decision, Dominic Grieve, made the decision null and void, saying the Prince’s political neutrality would be compromised. Members of the Monarchy are traditionally not allowed to take stances on political issues, and Buckingham Palace is not held under the FOI.

‘Make their own judgment’

Evans then sought a judicial review, appealing to the Supreme Court, questioning the decision by Grieve. The Court, in a 5-2 ruling, decided on that March morning that Grieve did not have the authority to override the decision taken by the Tribunal.

The Guardian had won its case, ten years after the request. Its editor, Alan Rusbridger, said it was a good day for transparency within the Government, and that the paper was delighted with the result.

“The government wasted hundreds of thousands of pounds trying to cover up these letters, admitting their publication would ‘seriously damage’ perceptions of the prince’s political neutrality,” Rusbridger said, as quoted in a statement in media outlets. “Now they must publish them so that the public can make their own judgment.”

Supreme Court says Government can’t have another go at trying to cover up the Prince Charles memos. So that should be that

Prime Minister David Cameron said while he was disappointed by the decision, the government would work to find out how the letters can be released.

“This is about the principle that senior members of the royal family are able to express their views to government confidentially,” Cameron said according to a report from the BBC. “I think most people would agree this is fair enough.”

A spokesperson for Clarence House, reached by email, said it was disappointed by the ruling, and that this was a matter for the government.

But now the letters will be made public, does it change anything about covering the royals or indeed other public figures? Camilla Tominey, the Royal Editor of the Sunday Express, reached by email, said she was not surprised by the ruling, given the expectations that the Court would rule against Grieve.

“It’s a symbolic victory for the press since it only concerns those 27 ‘black spider memos’ and not the entirety of Prince Charles’s extensive correspondence with ministers,” Tominey said. “Now the Royal Family can no longer be subjected to Freedom of Information requests it doesn’t really change much except to suggest that their quest for privacy when it comes to their letters doesn’t sit comfortably with the rule of law.”

On the subject of the political neutrality of Charles, Tominey says the perception of him will not change.

“He is already a divisive figure,” Tominey said. “People either love him or loathe him. There are understandable concerns about his outspokenness compared to his mother’s resolute impartiality but Clarence House rightly argues that no one is more aware of his constitutional responsibilities than Charles himself, as the longest serving heir apparent in history.”

The release of the letters also raised a point from Cameron on the future of the Freedom of Information Act itself, indicating the strengthening of a governmental veto against the publication of certain documents. It is unclear if that will go ahead when Parliament returns after the General Election.

Tominey says that the ruling is likely not to change how journalists cover the royals, but the media will continue doing the job of telling stories and informing the public.

“Journalists may well benefit from the ruling, but not royal correspondents because of the FOI ban, but it may help, say political reporters gain greater access to lobbying documents,” Tominey said. “The media will continue to pursue stories pertaining to the royals while the public remains interested and it remains in the public interest.”

What do you think of the decision? Have your say in the comments section below.