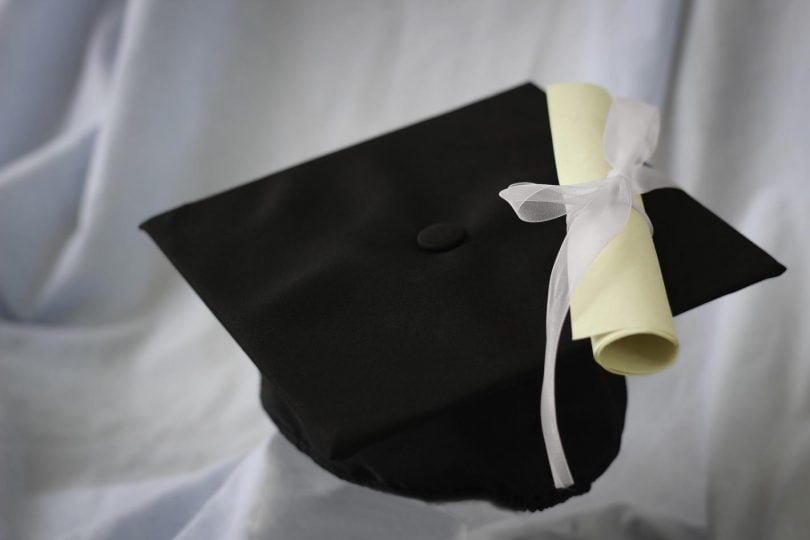 So you're finally there. The day you have envisioned for a long time. Even when you were in the middle of a late night breakdown, you daydreamed about your post-graduate life. But when you do get out into the big wide world, it may not pan out the way you have planned. What to do?

You think of the ceremony. You daydream about finally getting all your graduation cords together, about who you'll invite to your graduation and afterparty. Then, after all that, moving into your own apartment. What’s the first thing you want to do when you get out? Find a job, obviously have a nap marathon, but what’s your next venture? What are you curious about?

Does any of this sound like you? Don’t get me wrong, university was a broad experience. But it can get old. Fast. You might find yourself in classes that make you see through the façade that is higher education marketing. After countless nights of late night work, and waking up early in the morning, and then seeing the day go too fast for all your work to get done, you begin to wonder when it will all be over.

I have many ventures I think about. I think about the events I want to go to; what my next learning experience is going to be; the languages to be learned and the certifications to obtain, eventually. I ponder on the trips I want to make – one of which is going to Hawaii and visiting the volcanoes and seeing some Obsidian in its natural environment – something I’ve been infatuated with since beginner year Geology.

The hard slap of reality

However, after this is all over, as referenced by a fellow Kettler here, Rae Coppola, post-graduate life can be rough. The limited amount of jobs and breathtaking amount of competition makes you feel both anxious, depressed and concerned about your future and finances.

Attributed also in Newsweek, and in Pew, job market woes are no stranger to those outside of the UK.  As cited in Newsweek, this stress can be tacked on with “higher university tuitions and student loan debt than ever before, as well as stiffer competition when they enter the workforce.”

According to the Economic Policy Institute, “the vast majority (64.8 percent) of people age 24-29 do not have a college degree. Access to good jobs for these individuals is especially critical, as stable employment allows them to build a career or pay for further schooling…   graduating in a weak economy has long-lasting economic consequences. For the next 10 to 15 years, those in the Class of 2016 will likely earn less, and have more spells of unemployment, than if they had graduated when opportunities were plentiful.”

This doesn’t make anyone feel any better, but it answers for the depression some of us are feeling and perhaps, what my coworker was talking about back in the UK. Alas, the advice, “things have a way of working themselves out….eventually” does inevitably end up being right even though it may not be helpful in the moment of despair.

Slow and steady wins the race

As for me, in the research I have done, I've learned that there is a name for the condition I've found myself experiencing. Post-graduation depression. When you've started to distance yourself and leave a lifestyle that you have known for a few years, getting into the mindset that of what your next step in life can be frustrating and/or quite sad. For me, it has come about a semester in advance. This blog post came as a beacon of light to me during a google search late one night, that confirmed a few feelings that I knew not only I, but post-graduates I knew were feeling as well.

I can’t blame them, but as someone who loves to plan ahead, I figure my wary feelings have been ahead of the curve too. Due to this, I feel more prepared to speak with confidence and that tell you that if you’re about to graduate, or have just recently, don't be ashamed of your feelings. Talk to a friend, go about life as normal, and if drawing out apartment research makes you feel better and thinking about graduation invitation cards makes you relax, do that with no shame. My point is, you aren’t abnormal for how you feel, and know that even nonverbally, people understand in their own ways. This may be rather odd sounding, but it’s the truth I have discovered, and the blog post mentioned earlier prove it; as well as a quick google search on this topic.

Post-graduation blues go hand-in-hand with this pre-graduation feeling, because it comes from the same vein. Both bring out the realization and anxiety of finishing soon, applying for jobs, and making moving plans as well as what happens when all your plans don't turn out, and how to turn that dissipointment into something daring. Starting over and becoming someone new that perhaps couldn’t exist when you were in school can be very daunting. If you take anything from this article, let it be the comfort that you are not alone, and that many people – even your peers – are feeling the same, vocally and not.