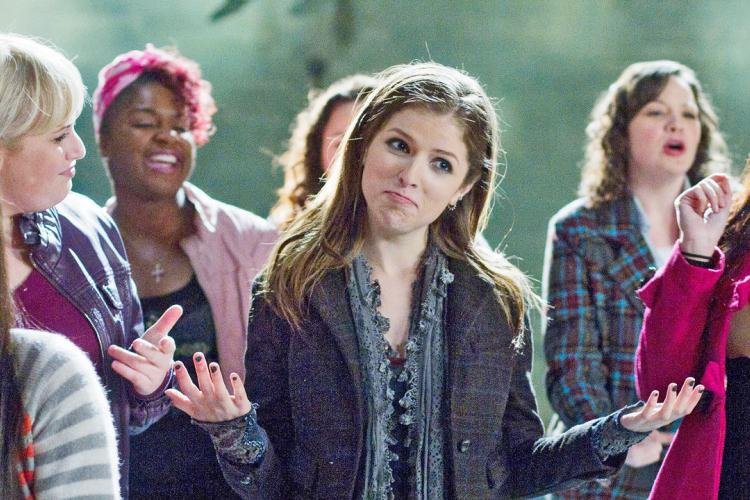 From Dirty Dancing to Grease, High School Musical or Pitch Perfect more recently, films about dance and singing have always been warmly welcomed by the public and particularly by teenagers. The success of the famous TV show Glee illustrates this trend. Statistics suggest that the story of a high school teacher trying to push the failing Glee Club choir to the Nationals was watched by 71% of teenagers. A year after it aired for the first time in 2009, Glee won two Golden Globes in the category Best Television Series, one People’s Choice Award and Teen Choice Award as Favourite New TV Comedy and was elected ‘Outstanding New Program’ by the Television Critics Association. Pitch Perfect 1 and 2 followed the lead, exploding box offices both domestically and internationally.

However, one question remains: what is the impact of these types of movies on students? Do they encourage students to get involved in arts studies or, on the contrary, do they reflect badly on students wanting to follow this path?

Dancing and singing movies usually depict the lives of students willing to pursue their passion instead of academics. In Pitch Perfect, Beca is an aspiring DJ whose father forces her to pursue her studies at university. After joining an all-girl a cappella singing group, the Barden Bellas, she finally finds herself.

The movie focuses on her evolution: she is much happier doing what she loves and dedicates her time to her passion. She works hard, rehearses, fails, tries again, and manages a team of singers. The message is simple yet extremely powerful – if you work hard and are motivated to make it in the industry, nothing will stop you. Pitch Perfect encourages teenagers to follow their dreams, regardless of what society dictates. Beca serves as an example for many; she has hope, is driven by her dreams, and failure makes her stronger.

Dancing movies definitely give a positive image of students living their passion. They are portrayed as independent and strong, with the incredible will to be successful.

Arthi, second year PPE student and active member of the HipHop club EQHO at the University of Warwick, stated: ‘I think films and TV series like that get people involved in the arts for sure!’ However, she insisted on the fact that they focus more on the ‘commercial’ aspect of dancing rather than the musicality. ‘They sometimes tend to be quite gimmicky, crowd-pleasing stuff, and usually only use a fairly narrow range of popular music to dance to,’ she added.

Nevertheless, dancing movies do provide a good publicity for the dancing world. Getting the audience interested is the first step and always the hardest. Eleonore, a second-year student at the University of Brighton, also passionate about hip-hop, told us that dancing movies somehow reflect reality: the competitive aspect of dancing is well represented, and the joy that dance provides them is the same in real life. Indeed, in every movie dancing or singing appears to be the way for the protagonist to free themselves from pain, and it allows them to finally be who they really are. In Pitch Perfect, the women on stage are learning how to love their curves and be confident, without fearing the judgement of others.

Nevertheless, Pitch Perfect is a movie; Glee too. Generally, dancing movies all end up happily, and the protagonist’s life seems magical. They win first prize, the crowd scream their name, and they become famous. Dancing movies don’t give a bad image of students wanting to make it in the arts industry, on the contrary. The problem is that they depict the arts industry itself in a false way.

The reality is very different to the Hollywood perspective. Making a career in dance or singing is very competitive and, most of the time, inaccessible. Students may believe that the road to success is simple, ‘just like in the movie’, whereas in reality the picture is way darker. Many students, like Arthi or Eleonore, prefer to choose to dance as a hobby rather than a degree. Many schools in England are specialised in art studies, but the path to success is often more difficult than students who study ‘typical’ subjects. An HESA report suggest that graduates from creative art and design courses tend to be among the worst paid. In 2012, fewer than 50% of arts students were earning more than £23,500 three years after graduating.

In response to this report, Emma Hunt, deputy vice chancellor of Arts University Bournemouth, told the Guardian that her student’s creative skills can be applied to many sectors, including entertainment, engineering and helathcare. “The employment opportunities are greater than ever before. The type of jobs you might have done in the past – such as artist or designer, which are quite easy to define – have changed in a new era of web designers, animators and so on. Creative graduates are no longer tied to just one segment of the employment landscape.”

All in all, dancing movies can have a great impact on the public, especially teenagers who might get involved in joining dancing groups or even pursue a degree in this field. Pitch Perfect gives a positive image of these students who follow their dreams despite social pressures. However one problem still remains, which is the way they portray the dancing world in general. Pursuing a career in the entertainment world is extremely competitive and students, before getting involved any further, should be aware that life is not like the movies.