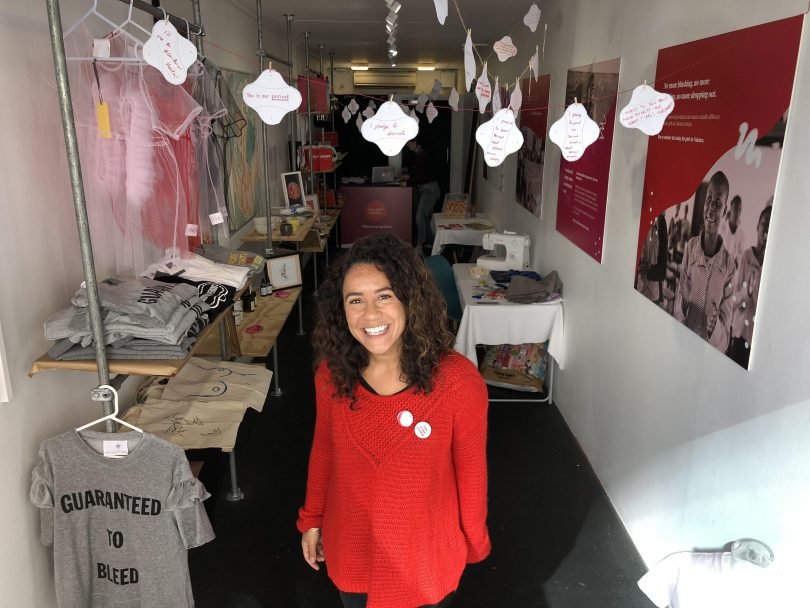 Period poverty is a global problem and one that’s not necessarily on many agendas. It is not a commonly known problem, perhaps because it is a taboo subject in some people’s eyes. But this needs to change.

Lack of awareness might also be down to the fact the full extent of suffering because of period poverty is not understood by many.

In the UK alone, one in ten teenage girls have been unable to afford sanitary products at some point, according to children’s charity Plan International UK. Girls were found to be missing school because of the shame associated with not being able to afford to manage their period properly.

The issue has come into the spotlight through movements such as #freeperiods which has pledged to end period poverty in the UK.

Around the world, it can be far worse. According to Free Periods, over 1.2 billion women and girls around the world have no access to sanitary products. This can cause severe lack of confidence and pride, impacting personal and social lives as well as mental and physical wellbeing. Dealing with monthly pain alone can be debilitating, let alone not being able to afford to manage it.

Holly Bantleman has jumped on board with tackling this worldwide problem through her new initiative, Project Period.

She initially founded an organisation called Raise the Roof Kenya after volunteering there, which provides women and girls with free sanitary products to help them manage their period.

Through her twenties, of which she spent a lot of her time in Kenya, Holly suffered with severe endometriosis.

“My endometriosis played a significant part in my decision to work on global period poverty. Whilst I’ve never experienced period poverty, it really made me think about periods as an issue for the women and girls I was working with.

“This decision was more driven by my experiences living in Kenya. Throughout my time with the school in rural Kenya we knew that girls were dropping out at a higher rate than boys, and that attendance was lower in girls, but we had failed to notice that this was about access to menstrual products.

“This was a very humbling moment for me, and something I felt very committed to challenging.”

Taking her work further, Holly then set up Project Period, backed by Raise the Roof Kenya, which was officially launched this September in London, with a pop-up shop where project partners like artists and designers could sell their work and visitors could also donate, with proceeds going towards making more sanitary products for Kenya.

Many women and girls in Kenya can’t afford sanitary pads. Juliana is changing that and so can you. Support her work by donating at: https://t.co/HO5JlyH5bZ #PeriodPoverty pic.twitter.com/yP4Iv9hVHC

The project aims to fight global period poverty by striving to put period policy on the global agenda to ensure women and girls around the world have what they need during their period.

Project Period’s hub will be run on the ground in rural Nakuru by Juliana Katini from Kenya, who came up with the original idea for the initiative.

It can be difficult to imagine what it’s like for women if period poverty is never a problem you have had to consider but Holly says we have to think about the health and social affects this has as well as the immediate feelings of shame.

“Mothers are often forced to choose between buying sanitary products for themselves and paying school fees, and girls substitute pads for crude materials, which can result in health problems.

“It also has a less tangible effect on girls’ development. Social isolation is a very real problem, with many girls embarrassed to go out in public when they’re on their period. It has a detrimental effect on confidence and can affect their aspirations if they can’t go to school.”

So what can we do to help?

As well as supporting initiatives like Project Period alongside projects like Bloody Good Period and Free Period, there are steps we can all take in our everyday lives.

Holly said: “The best thing people can do to support an end to global period poverty is talk about it. With friends, family, strangers – we want people to understand and champion the issue, so that policymakers have to listen.

“Also, in the short term, donating is having an essential real-life impact on girls in Nakuru, Kenya. It only takes £8 to give a girl access to sanitary pads for two years. How about that as an alternative present for a friend?”

Project Period has only just begun and is committed to a future of fighting to end an injustice that really should not exist in 2018.

Holly concluded: “Our focus for the upcoming months is centred around making some noise and rallying our supporters.”