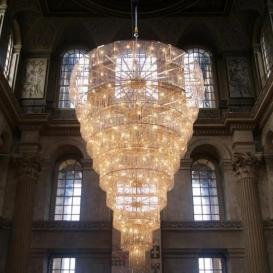 Blenheim Palace and Alcatraz Penitentiary. It’s scarcely possible to imagine two more different buildings: the opulent 17th century Baroque country house, birthplace of Winston Churchill, and the remote maximum-security prison for America’s most notorious criminals. In recent months, both buildings have hosted major exhibitions of artwork by Ai Weiwei. A ‘citizen investigator’ and social commentator, Ai Weiwei uses art as a vehicle to expose cases of government corruption and social injustice. Retribution from the Chinese authorities has included arresting the artist and confiscating his passport to prevent him leaving the country.

I haven’t been in California to see Ai Weiwei on Alcatraz first-hand, but it has been on my mind since exploring his exhibition at Blenheim Palace in Oxfordshire. What interests me about these two major exhibitions, coinciding at the same time in such polar-opposite environments, is this: how do the contexts impact our response to Ai Weiwei’s art?

There is a playful quality to the display of the artist’s works around Blenheim Palace. A pair of handcuffs sits, provocatively, on a double bed. Myriad cabinets are full of 18th century porcelain, but one has been slyly emptied and re-stocked with Ai Weiwei’s painted plates.

There are also moments of sheer beauty, such as the glittering Chandelier (2002) in the Great Hall. Intellectually, I know that the artist’s chandeliers represent collapsing governments (Descending Light) or hope for political reform (Working Progress – Fountain of Light). But when faced with Chandelier suspended from the 67ft-high baroque ceiling and surrounded by stone archways, it’s hard to think about anything except how utterly spectacular the scene is. 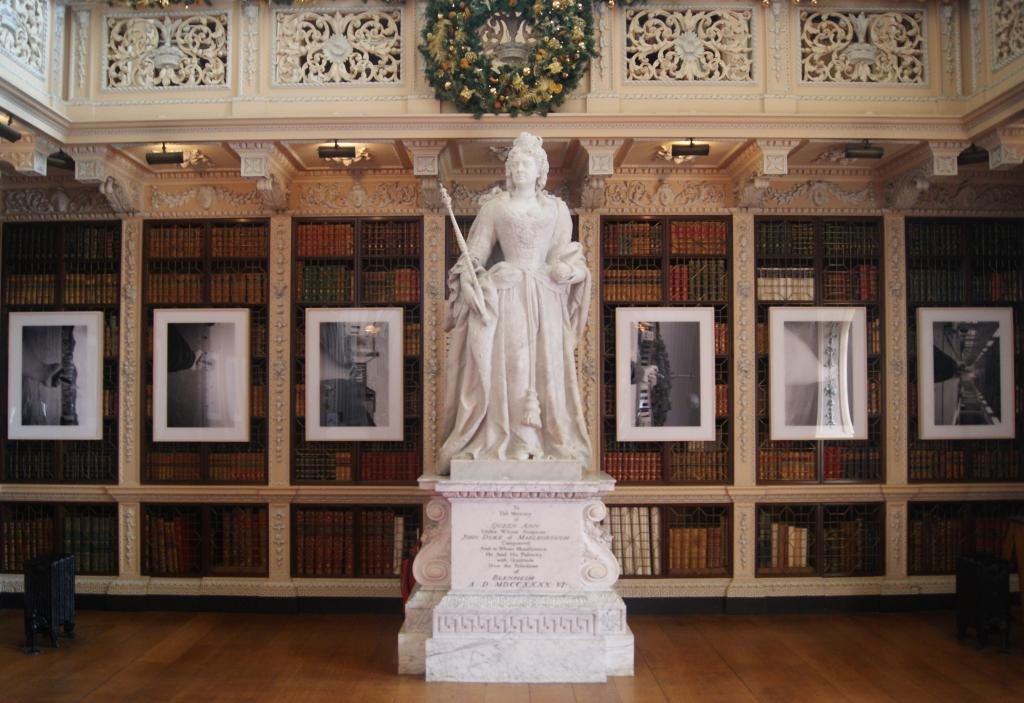 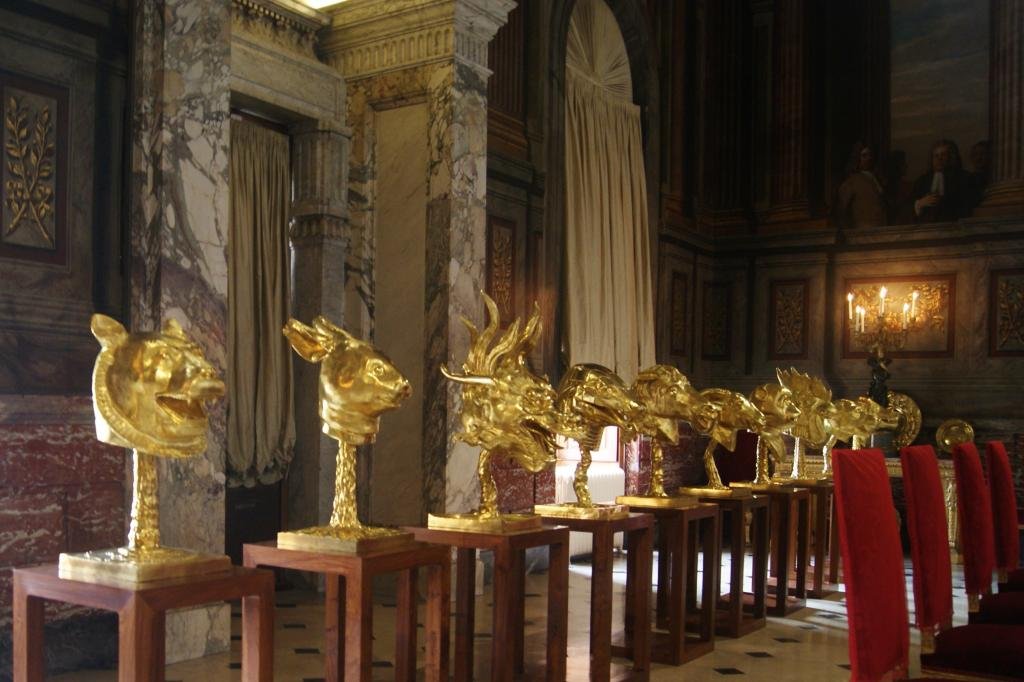 It’s easy to be swept along in the one-way system of opulent rooms, delighting in finding Ai Weiwei’s transgressive works amongst the ornate furniture and regal portraits. Yes, they are playful and aesthetically pleasing but, make no mistake, they are transgressive. This is the artist who took photos of his middle finger in front of symbols of institutional state power such as the White House. Blenheim would fit comfortably in that line-up. The politically-charged works feel very incongruous at Blenheim, and therein lays the frisson of excitement.

The first photographs from Ai Weiwei on Alcatraz that I saw were of Blossom, the artist’s installation in the hospital adjacent to the main cell house. Ai Weiwei filled up the sinks, toilets and tubs once used by hospitalized prisoners with delicate white porcelain flowers. I really admire works of art that consist of one simple, eloquent gesture like this. Similarly understated is Stay Tuned, a sound installation in a series of twelve cells. Visitors will hear music, poetry and speeches by individuals who were detained for expressing their beliefs. These include Liao Yiwu’s memorial poem for victims of the Tiananmen Square massacre, Martin Luther King’s speech opposing the war in Vietnam, and Pussy Riot’s Punk Prayer. 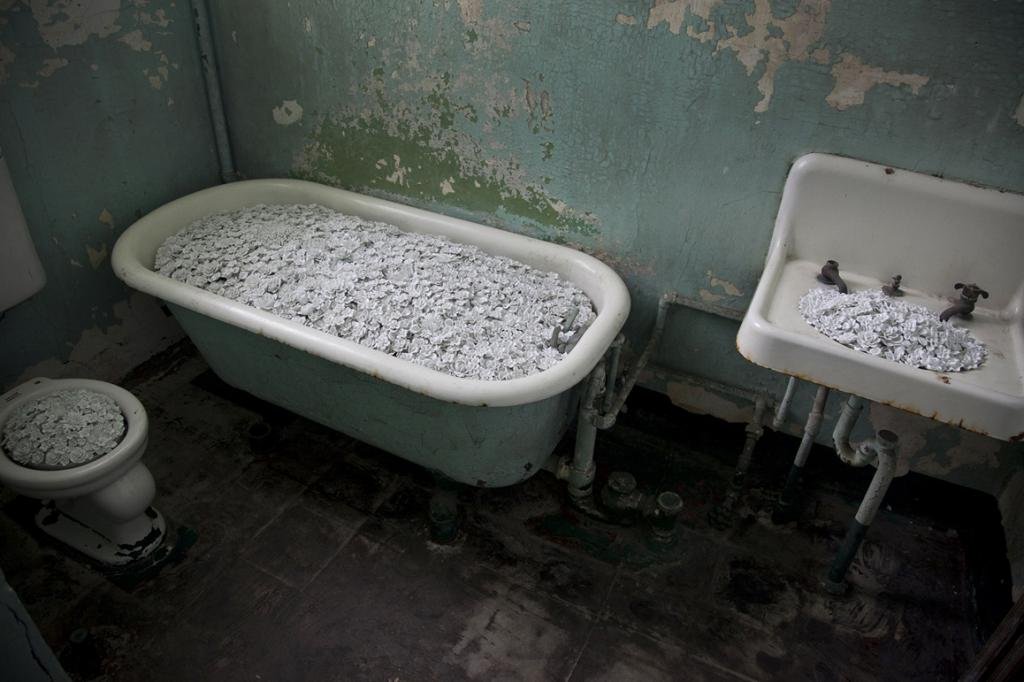 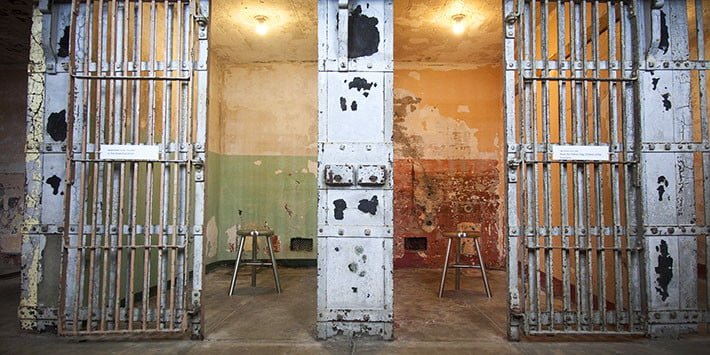 These images and sounds are haunting enough when experienced remotely via a laptop or smartphone. I can only imagine how much they resonate within the grim walls of Alcatraz, where mental illness was rife and there was a strictly-enforced rule of silence for all inmates. Such an austere environment is surely not one in which you hop, skip and jump along to the next exhibit, but one which promotes quieter reflection.  Ai Weiwei capitalises on this and invites visitors to join in the ‘fight for freedom’, by providing pre-addressed postcards to present-day prisoners of conscience, jailed for “offences” such as human rights activism.

In a palace overflowing with antique treasures, Ai Weiwei at Blenheim Palace becomes a spirited game of ‘Where’s the Weiwei.’ I imagine the bleak setting of Alcatraz gives its visitors little choice but to confront each installation, and its significance, with more gravitas.

Perhaps these two architectural structures, the palace and the penitentiary, aren’t as dissimilar as they initially appear to be. Both were financed by those in power – Queen Anne and the US government – one to house enemies, one to house friends. It is these institutions of power, that Ai Weiwei is so fond of giving the finger to, that build palaces and prisons.  What if those jailed are not violent criminals, but individuals campaigning for human rights?

Ai Weiwei at Blenheim is a chance to celebrate how much progress has been made, while Ai Weiwei on Alcatraz is a chilling reminder of how much work there is yet to be done. 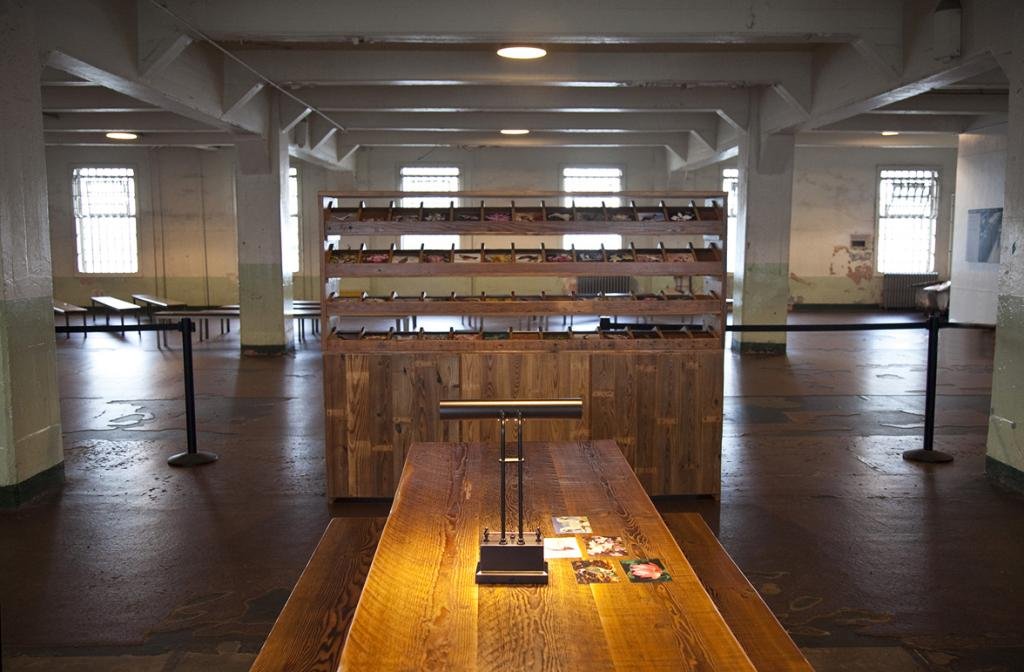