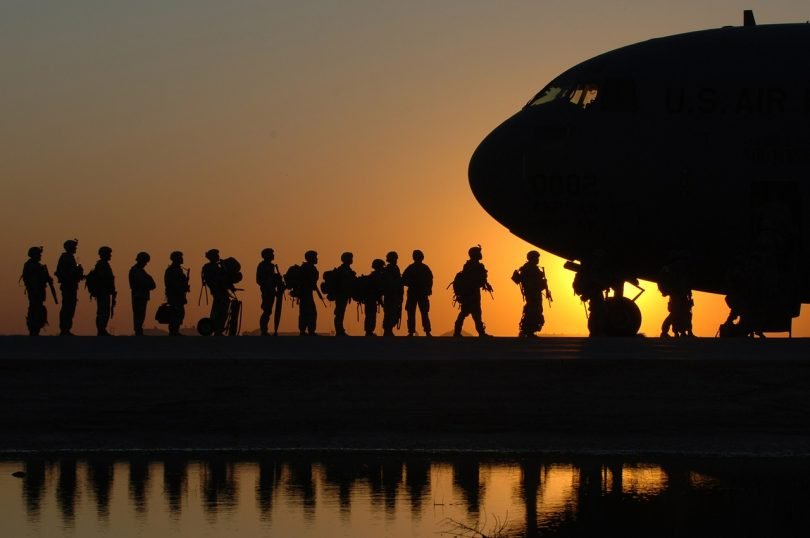 For seven years the tragic civil war in Syria has been raging, causing a humanitarian crisis, the rise of ever-deadlier terror groups, and a politically volatile situation not seen for years. For the same seven-year period the international community has discussed possible solutions to the the civil war, but to no avail.

Less than a month ago, on April 18, the CNN reported on one of the latest proposals to resolve the conflict, at least partially. Trump’s new pick for national security advisor John Bolton and current Secretary of State Mike Pompeo, are negotiating with regional counterparts in the Middle East to form a coalition ground-force for peacekeeping in Syria, with Arab partners providing the troops.

John Bolton and Mike Pompeo want to build a coalition of Arab military forces that could replace US troops in Syria, sources say https://t.co/1CHwJk1wKE

The main contributors to such a force would be Saudi-Arabia, Egypt, Jordan, and the various Gulf states such as Bahrain, Qatar, and the United Arab Emirates.

Whereas the primary purpose of such a force would be to stabilize the region once ISIS is defeated, the underlying source of motivation on the US side is more about parochial political interests. An Arab coalition force would allow the U.S. to significantly reduce troop-levels in the region, and eventually the complete withdrawal of U.S. combat troops, consistent with the Trump administration’s “America First”-policy, placing American interests above all else.

The idea of a framework to improve the security of the Middle East is not taken out of thin air. In 2015 Saudi-Arabia proclaimed a 34-state Islamic military coalition to counter the terrorism threat to the region. However, the attention of Riyadh and its Gulf allies has been fixed on their campaign against the Houthi-rebels in Yemen, which is part of a broader regional proxy war against Iran.

The conflict between Saudi-Arabia and its Gulf allies on one side, and Iran on the other would be the main obstacle to a proposed Arab peacekeeping-force in Syria. A force provided predominantly by Sunni-Arab countries would create a pretext for escalating clashes with the Iranian forces already embedded with Syrian government – and Russian forces.

The fear is that rather than a stabilizing factor, it will inadvertently destabilize the entire region further raising the stakes of an all-out conflict between Saudi-Arabia and Iran, which would most likely draw in the US, Israel, and perhaps even Russia. This is a prospect which seems even more imminent with the Trump administration’s decision to pull out of the Iran nuclear deal earlier this month.

There is also the actual military aspect to keep in mind. While the majority of Arab militaries are equipped with American materiel, their capacity to actually deploy their forces is limited, and in fundamental aspects, such as intelligence, dependent on US military assistance according to the CNN’s military analyst John Kirby. So while the US military presence would be reduced in terms of ground-forces, the burden on the US military would increase in other areas.

A change of strategy

While the proposal is neither new nor particularly feasible, it is reflective of the sentiment that changing American foreign policy to a lighter military footprint would benefit US interests. The US President Donald Trump is a vocal advocate for restraining American foreign involvement, manifested by his decision to nominate hawks like John Bolton and Mike Pompeo to his foreign policy staff.

The ongoing debate focuses on deciding what international role the US should pursue in the future. Conservative realist scholars have long argued that American interests would be better served with a grand strategy of offshore balancing, delegating the actual task of providing security to regional allies around the world, instead of deploying US military personnel in harm’s way.

At the opposite end of the spectrum, liberal internationalists argue that a strategy of preponderance, or continued US engagement throughout the world, would be the greatest guarantor of stability, with the US as the preeminent power.

Christopher Layne, professor at the Texas A&M University’s Bush school of Government and Public Service, argued in the National Interest in 2012 that “Offshore balancing is a strategy of burden shifting, not burden sharing. It is based on getting other states to do more for their security so the United States can do less.”

The current level of foreign military commitment is simply unsustainable in the post-Cold War era, due to national economic decline, and a shift in the economic fortunes of the world away from the US, or so the argument goes.

Change of America’s international posture from that of a global policeman to a more restrained role has long had a voice in academia, and whereas Trump brings the talk of scaling back America’s global commitments to a whole new level, one doesn’t need to travel further back than the Obama administration to find elements of it.

Reflecting on the 2012 Defense Strategic Guidance (DSG), Layne wrote that “The DSG reflects the reality that offshore balancing has jumped from the cloistered walls of academe to the real world of Washington policy making” referencing the Obama administration shift of military assets, away from regions like the Middle East, to East Asia in response to China’s increasing clout.

So though the “America First” message of the Trump presidency might appear as a break with doctrine, it is rather the latest in a long-running process of changing America’s international strategy. The question is whether it will be possible for the US to substitute its commitments in the Middle East, without jeopardizing regional stability in the process.