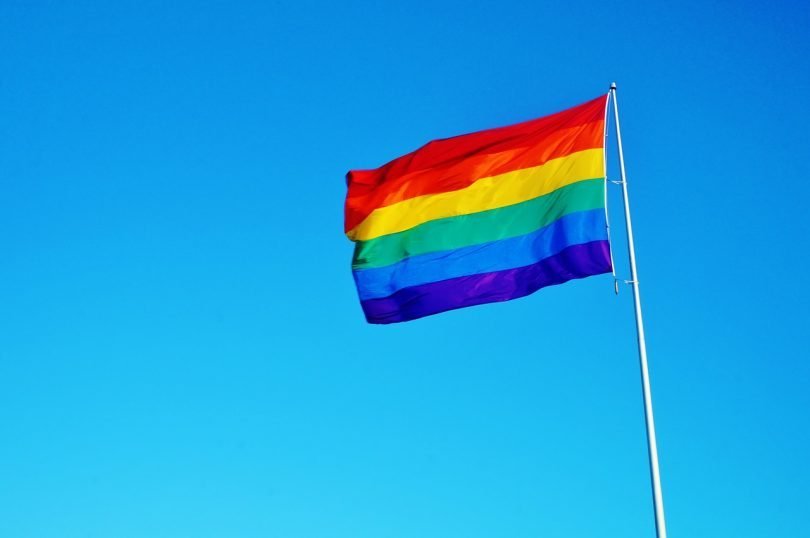 It feels like it has been a long and winding road to get to this point, and it has been. Many battles have been fought, many voices have been shouting from the rooftops, and now finally the LGBTQA+ community are getting the representation in soapland that they deserve. Many ‘ships’ have been created and fandoms have had an almighty load of favourite couples to binge watch on YouTube, but what makes these couples more engaging is their backstory.

The characters have asked many questions of themselves; why do I feel like this? Is it a phase? Are my feelings real? This is the reality of being in this community, the many questions we ask ourselves over how we feel. To to see them played out on our screens with our favourite characters makes us feel we aren’t alone. Friendships have been formed through these loves, connections which have given people a lifeline.

Over the years our soaps have been our saving grace, our escape. Characters become our world whilst we navigate ourselves around life. Couples such as Sophie & Sian, Robert & Aaron, Ste & Harry, Kate & Rana and of course the newly crowned Queens Vanessa & Charity. The Twittersphere has blown up with fan accounts, ship hashtags and adoring fans declaring their love for these fictional couples; they become real life. Many have faced criticism for losing themselves into this fictional world but how can we mock something that has such a positive impact on many lives? There are those who live and breathe Harry Potter, dress as Cosplay or read endless books as a way of living, so why do people not treat these soap characters with the same respect?

Let me take you back 12 years, the day I left school, my freedom. This was a time when, if someone came out as bisexual, it would be treated as the biggest gossip and analysed at great length. Someone would come out as gay – that one brave person – and they would be scrutinized. Fast forward over a decade, we are in a different time. Coming out is praised and hailed as a great victory. For many it is still difficult to come to terms with their own sexuality; regardless of how well others receive you, it is still an emotional battle we face. We live in a generation where God is becoming less of the leading figure and we look up to other famous faces for your guidance. If your hero is giving you the courage to stand up and be yourself, then that is something we should be hailing as a success.

These stars of our favourite soaps certainly don’t take their roles lightly. Bhavna Limbachia, who plays Coronation Street’s Rana Nazir, involved herself in extensive research for her part due to the fact her character is Muslim, a religion still yet to welcome Queer in to their culture. She worked closely with the Naz and Matt Foundation, a charity tackling homophobia, to ensure the story she portrayed was presented with great realism.

These actors also take their gay icon status very seriously. Having read many interviews over the years with actors who are in these popular gay roles, they often tell stories of people thanking them in helping them come out, explaining how important it is for them to honour the community. You can even find some of them heading to Gay Pride. The fact these often cis actors value the community just as much as us Queers means they become even more valuable to our journey. Young, old, you are welcome. Take a look at Vanessa and Charity in Emmerdale, two people who have had their fair share of men, each had children and have now found each other. Audiences who have been following their story know this is no fling, but a real and heartwarming love story currently enjoyed by not only us but the actors themselves.

Taking this Thursday to send a massive THANK YOU to @Faye_Brookes, @BhavnaLimbachia, and the entire #Kana fandom! Since I became a part of this massive following, I’ve felt more confident being myself and despite recent family issues, I’ve been more happy! Love & peace all! xx pic.twitter.com/Yz4PRwWMVt

Needless to say it is what we as a community need. Representation. Hollyoaks have had a trans actor for a number of years now, Emmerdale have just introduced a new trans character and EastEnders have also had a character in the past. And who can forget the iconic Hayley Cropper in Coronation Street. The important thing now is … Trans are playing Trans. The doors are open. Gender identity is discussed. Issues are explored. It’s not as black and white as previously made out. It’s a gorgeous ray of technicolour and audiences are loving it.

Soaps are saving lives, soaps are being our heroes, soaps are opening discussions. Let’s not undervalue their contribution to a nation accepting that we are all different in our own special way.

Who are your favourite soap ‘ships’? Let us know and join the conversation on Twitter @KettleMag