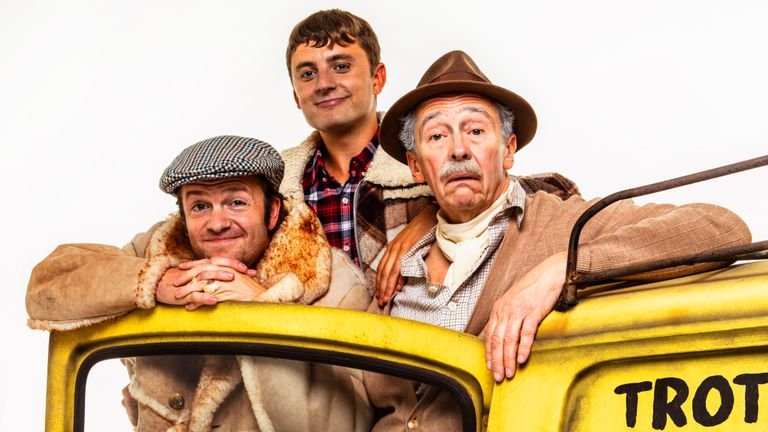 For 38 years, one wheeling and dealing Peckham family have dominated the comedy television scene, and in turn have defined British culture. Regularly topping polls for the best sitcom, Only Fools and Horses has truly engrained itself into the hearts and homes of the nation.

Whether your love for the Trotters and co stems back to the show’s original airing, the BBC repeats throughout the Noughties, or even, as is the modern way, a discovery through box sets, there is no denying the cultural impact Only Fools and Horses has had on three generations of comedy fans. The show’s classic scenes are conversation starters all on their own, and the mere sight of a crystal chandelier or an open bar counter is enough to strike basophobia into the most rational individual.

Sixteen years after the final episode of Only Fools and Horses aired on television, the award-winning situational comedy has been adapted for the stage, featuring all the laughter, heart and comfort we associate with the series. Only Fools and Horses: The Musical opened at London’s Theatre Royal Haymarket in February for a six-month run and is a real treat for OFAH fans. The reworking has been penned by Jim Sullivan – son of the show’s late creator John Sullivan – and Paul Whitehouse, who is uncanny as the lovably cranky Grandad Trotter.

Starring alongside comedy legend Paul Whitehouse as the Trotters is Tom Bennett as Del Boy and Ryan Hutton as Rodney. Their friends and Nags Head regulars are played with stunning accuracy by Dianne Pilkington as Raquel, Pippa Duffy as Cassandra, Jeff Nicholson as Boycie, Samantha Seager as Marlene, Peter Baker as Trigger and Adrian Irvine as Denzil.

Transferring a sitcom from the small screen to the stage means losing the television trickery that often makes a show a success. A theatre cannot accommodate clever camera work and a laughter track, and the live audience reaction can make or break a performance. It was joyous, then, to find that while Del Boy and Rodney are through-and-through Peckham lads, they can’t half dominate a West End stage.

A truly impressive aspect of the musical is the spot-on casting. With Tom Bennett as Del Boy and Ryan Hutton as Rodney, the script is in a safe pair of hands. The two are instantly believable as bickering brothers who would ultimately do anything for each other. Their dedication to the production is heart-warming, as they show us a love-hate relationship that any sibling will recognise.

Somewhat surprisingly, the characters and context made a seamless transition to their new platform. The cast really made the most out of their environment. As Ryan Hutton’s Rodney joins sweetheart Cassandra for a night at the opera, he hilariously clambers over members of the Theatre Haymarket’s royal boxes – offering chips to the bewildered audience who were likely expecting a low-key night at the theatre.

The show’s original songs were a perfect fit and struck a natural balance between old-school comedy and new material for a 2019 audience. Carefully-picked jokes and scenes were re-enacted by the company, with a cheeky topical twist spun on most – Del Boy referred to trading of goods and the Common Market with an aside of “we’re all just one big happy family, ‘en’we?” Interaction with the audience is such a special part of theatre and makes for a very memorable experience. Thankfully Tom Bennett was perfect as the effervescent (read: loud) cheeky chappy Derek Trotter, which he proved not least through glancing knowingly at those of us in the front few rows and chirping, “… ‘cos them theatre tickets, they ain’t cheap. Are they?”

The adaptation is a riotous treat for anyone who likes a laugh. True fans of the sitcom cannot really fail to have a good time, as your favourite characters are reimagined in front of you. In this time of confusion and uncertainty, one thing is for sure: Only Fools and Horses: The Musical is truly lovely jubbly…

On at Theatre Royal Haymarket in London’s West End until September, tickets for Only Fools and Horses: The Musical can be found here.

Have you seen the musical? Let us know your thoughts on Twitter @KettleMag