As the 2016 Olympic Games draw to an end there has been plenty to get us talking from the two weeks of action. We take a look at just a handful of the stories that have been catching our eye during the second week of competition in Brazil.

This week has seen two notable sets of siblings compete in the Olympics, with quite different reactions being drawn from their appearances.

Great Britain’s Brownlee brothers, Alistair and Jonny, stormed to a remarkable gold and silver in the men’s triathlon on Thursday.

Now two time Olympic champion, Alistair told the BBC afterwards: “This year’s been so hard. I’ve finished so many sessions basically trying to keep up with Jonny.

“I’ve hardly been able to sleep at night because my legs hurt so much.”

It was obvious the torment his brother caused him had a lucrative effect, as the Yorkshireman crossed the line waving the flag of his county adorned with the famous white rose.

In stark contrast German twins Anna and Lisa Hahner, who competed in the marathon on Sunday, caused much speculation as they crossed the line hand in hand.

Finishing the marathon hand in hand, but their country says German twins crossed a line. My piece https://t.co/qTeMlXZFdV

Some said they could not have achieved their best possible result as they finished together but Anna insisted that they had.

She told the New York Times: “Neither the time nor the position was what made us happy but to know that we did the best that was possible that day.”

Diving into track and field

To win an Olympic gold medal on the track you need to be able to able to push your body to new heights.

Well Shaunae Miller of the Bahamas took that rather literally as she dived across the line to claim victory in the women’s 400m race.

Well it was more of a stumbling swoop but it was certainly effective.

“The only thing I was thinking was the gold medal and the next thing I know I was on the ground,” Miller told the BBC.

We could speculate as to whether Tom Daley would be impressed but after crashing out of his 10 metre diving event he might just be jealous.

Aside from permitting the world’s media to publish a ready-made cliché, engaged cyclists Jason Kenny and Laura Trott had a superb Olympics claiming three and two gold medals respectively.

Trott, along with the rest of Britain, watched anxiously as Kenny had to start his keirin final three times before he could take the final title of the track cycling events but eventually the golden couple were shown to the world as they celebrated together.

And finally, the Rio crowd were not on their best behaviour as they booed Frenchman Renaud Lavillenie during the last moments of the pole vault final, which was won by his Brazilian opponent.

When it happened again during the podium presentations winner Thiago Braz da Silva attempted to whip the crowd into applause.

It was to no avail though and Lavillenie was brought to tears.

IOC President Thomas Bach said the behaviour was “shocking” and “unacceptable at the Olympics.”

IOC President Thomas Bach: ‘shocking behaviour for the crowd to boo Renaud Lavillenie on the medal podium. Unacceptable at the Olympics’

What do you think? What events at the Olympics have got you talking? Have your say in the comments section below. 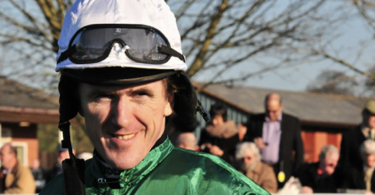