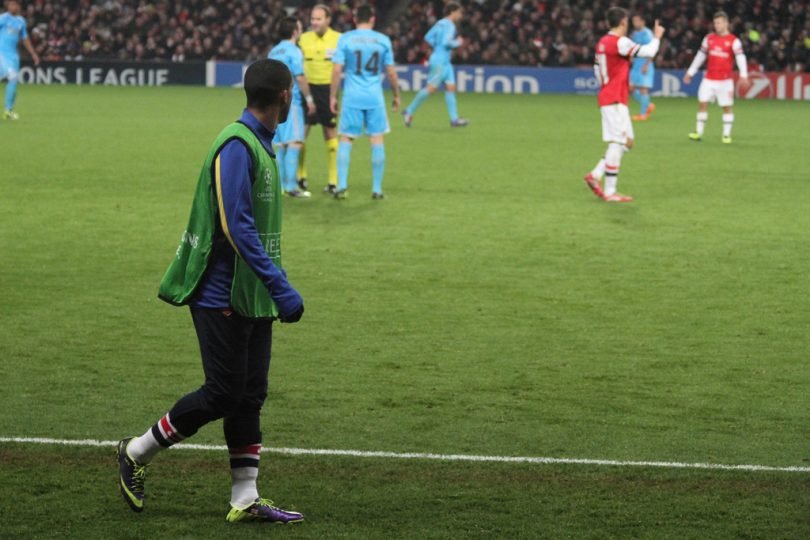 The top player from recent matches is selected from football website Squawka and their scientific player performance scoring algorithm.

Everton beat Leicester City 2-1 last night with new signing Theo Walcott inspiring the victory. The former Gunner helped the Toffees claim their first win in eight games in all competitions by scoring a brace of goals. Walcott opened the scoring by simply tapping in a pass across the face of goal to then double his tally volleying in from close range at the back post. Two good finishes from one star player never really given the chance to shine.

This was the first time Walcott had scored twice in a Premier League game since October 2016.

Everton only successfully fired 25 shots on target in their last 10 games under manager Sam Allardyce but they managed four against the Foxes, all from Walcott. However, the England international provided more than just goals, the winger was leading his sides defensive pressing and winning possession seven times giving his Squawka defence score 29. Allardyce said Walcott had begun to repay his new club, making his second appearance since joining earlier in the January transfer window for more than £20m.

Walcott has been directly involved in three goals in his first two Premier League games for Everton (two goals and one assist), as many as he had in his previous 20 league games for Arsenal.

Walcott has now opened his account at Goodison Park and Evertonians can be excited knowing he scored over 100 goals in over a decade of games for Arsenal. It’s no surprise the way he plays, we have seen flashes before we know he will score goals from his positioning and the fact he can be so sharp, quick and incisive so now’s his chance to consistently perform. In addition, the return of full-back Seamus Coleman after 10 months out with a double leg break sustained playing international duties will further boost Walcott’s chances of scoring with a blossoming partnership. As shown in this game they linked up very well on the right flank, both strive to drive forward so it can only be a clinical combination, creating chances all over and giving defences nightmares for instance Walcott’s Squawka attack score was 93.

Happy with the win, and to get my 1st Everton goal tonight, then my second! Great support from the fans – thank you ! #EFC pic.twitter.com/0CB3Oz9mHD

It’s a fresh beginning, a new lease of life for Walcott who looks to be thoroughly enjoying his new home starting exceptionally well, brimming with confidence, running at defences, popping up everywhere and ultimately unleashing his full potential. Now 28-years-old, time is running out having struggled to cement a spot in Arsene Wenger’s first team this is a big transfer for him to prove a point for club and country, so far so good.

Now top ten in the league, the much hyped about Merseyside club before the start of the season could push for a late surge into European football next season. Next up, Walcott will be reunited with his former club as Everton travel to Arsenal, another performance there would really dismiss the critics!