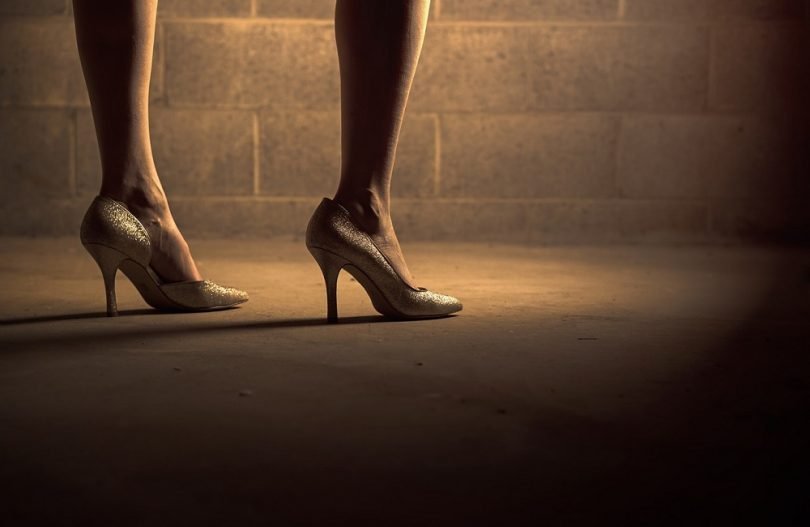 A little over two years ago, a woman walked into a job in the city to begin temporary work as a receptionist. Her temporary supervisor objected to the flats she was wearing, and she was told to get shoes with heels 2 inches high. She refused, and was sent home without pay.

For Nicola Thorp, that day was not the end of it, and soon after, she began a petition on Parliament’s website calling for such an instance never to happen again. Along the way came support on Twitter, through the hashtag #fawcettflatsfriday, started by the Fawcett Society, as well as media attention, from morning programmes to becoming a lead story in global media outlets including, The New York Times.

“I always wear flats – it wasn't an intentional thing,” Thorp said in a telephone interview. “When they said it was unacceptable, I asked, ‘What was stopping me from doing my job in these shoes?’”

Group shot at @PwC_UK today. Could be any day of the week though. #fawcettflatsFriday pic.twitter.com/3kpNBNrVvf

Because heels don't make you better at your job #fawcettflatsFriday pic.twitter.com/VwPkn0NRvr

It's #fawcettflatsFriday – just getting ready for work. So glad I'll be judged on my ideas not height of my heels! pic.twitter.com/YFiwnhgGvX

This also led to an inquiry by Parliament’s Petitions Committee and the Women and Equalities Committee, who ruled that Portico, the firm that outsourced the job with the tax business PwC, broke the law. Portico had changed its rules and removed the requirement of wearing heels prior to the release of the report.

“I never thought being a woman as being any different than being a human,” Thorp said. “It was only when people put limitations on me because of my gender, I started to question what it was about me that made me female.”

Yet, in the report by MPs, it went beyond Thorp’s story, and detailed other instances regarding dress codes – from the issue of makeup and dying of hair to wearing revealing outfits.

MPs said the Equality Act 2010 must be reviewed and be amended to be more effective.

“The Government has said that the dress code imposed on Nicola Thorp was unlawful—but requirements to wear high heels remain widespread,” MPs wrote in the report, released on 25 January. “It is clear that the Equality Act 2010 is not yet fully effective in protecting workers from discrimination.”

MPs added that it was now time for the government to take action, and “continue the work that the petitioners have started.”

Not just about shoes

Although she did not expect this to receive so much attention, Thorp said the conversation about the issue was just as beneficial as any change in legislation.

“This was never just about a pair of shoes,” Thorp said. “It was about the discrepancy on women in the workplace.”

Thorp wanted to know the truth, and educated herself on the issue because she wanted to get it right and make an impact.

“You can’t change decades of behaviour in a day,” Thorp said. “You need to speak up in order to talk about it.”

Thorp also plans to launch a web site in a couple of weeks called Who Are You Wearing, the name derived from the question asked by reporters at various award ceremonies. It began with a friend based on a love of radio and podcasts, and though plans to do this were set up before this event happened, Thorp hopes to make conversation and discussions on the identity of women accessible.

In spite of that issue at that day in the city, Thorp is optimistic about her ability to make a difference, considering events in the UK and around the world.

“I choose not to see it as we’re screwed,” Thorp said. “I see this as the next part of the challenge.  I think that now is a wonderful time to be alive and be aware of global situations, and know that one person's voice can have a big impact – it can make a difference.”