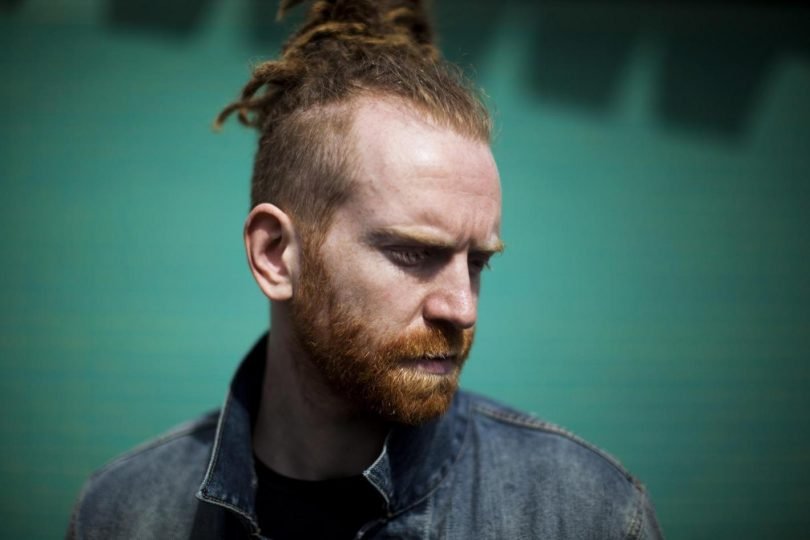 ‘Hit The Ground Running’ is released not long after the best-selling singer songwriter celebrated the 10 year anniversary of his debut album ‘Hand Built By Robots’. The celebration featured a visually spectacular play through of the album from Faulkner’s studio and home, really connecting with the audience that has stood strong beside him for the last decade.

Released back in 2007 (how times flies!), ‘Hand Built By Robots’ saw Faulkner reinvent the man-with-guitar style of acoustic pop and folk music. Faulkner’s unique take on this style came long before the likes of fellow ginger Ed Sheeran, who has ultimately (and not necessarily correctly) stolen the limelight in this area of music in my opinion. With emotive lyrics and a certain degree of quirkiness, Faulkner was always destined to go places and many of us hoped that with the production of each album, his fan base would continue to grow.

Although he may not be a universal household name yet, he certainly deserves to be. Whilst remaining under the radar, Faulkner has created 5 stunning studio albums, 4 of which have climbed within the top 10 of the UK charts and continues to tour to sold out crowds across the UK and Europe. 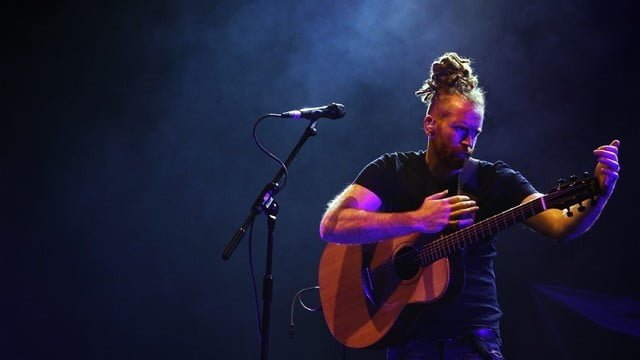 But back to the music! Hit The Ground Running sees Faulkner return with his sixth studio album, the first to be released on his own record label, ‘Battenberg Records’. The first song on the album ‘Smoked Ice Cream’ sees Faulkner take us back to his classic percussive style. With a catchy hook and upbeat tempo, this makes for a perfect summer hit that will linger in your head all day.

The title track and second song on the album is more atmospheric and combines Faulkner’s folk core with a more mainstream feel. Keep your ears open for a vocal surprise in the chorus too! This carries through to a classic sway-and-sing from Faulkner, with All She Needs’. The balance of rough guitar and vocals in this is stunning and the chorus is uplifting, powerful and inspiring.

‘Been Here Before’ has a quirky repetitive beat to its intro, which carries into a harmony that allows Faulkner’s vocals to shine. This is similar to the next track, ‘Finger Tips’, where Falkner’s raw and punchy vocals excel towards the end of the song. With a blues feel and a taste of Faulkner’s edgier, rocky side, this is one of my favourites.

The inclusion of ‘Guitar-y Thing’ really makes me happy, as I can’t help but think that this is a nod back to album one, where ‘Sitar-y Thing’ made a huge impact for me. This is a short snippet of how talented Faulkner can be without any vocals at all. Stunning. 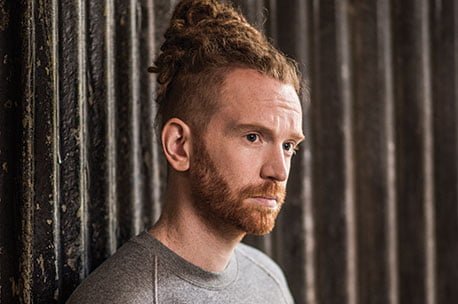 The second half of the album seems slower and more emotion driven to me. ‘There Is Still Time’ contains raw and emotive lyrics to a simple background of Faulkner’s beloved acoustic guitar. This is followed by ‘Alright’, which steps up the ace a little whilst remaining reflective and sensitive.

Another one of my personal favourites is ‘The Good Fight’. I was brought to tears the first time I heard this track. A slightly different style for Faulkner as it is piano based, but I find this only helps the lyrics translate better and creates a certain eerie-ness that send shivers. This track is unbelievably emotive and just emphasises Faulkner’s ability to connect with an audience as though he was stood next to them.

‘This Kind Of Love’ is a bouncy number, with an interesting lyrical story and an almost familiar-ness to it. Followed by ‘Never Alone’ and ‘So Long’, featuring the stunning vocals of Tessa Rose Jackson, these three tracks together really sum up Faulkner’s style for me. Raw, strong, punchy vocal layered over pretty and quirky guitar. Love it.

As we near the end of the album, Faulkner continues to surprise as we hit ‘Carry You’, a gospel inspired, almost cinematic feeling track with lyrics that touch the soul. This piece is stunning and carries you into another world, and Faulkner’s skill-set and style into another dimension. ‘Don’t Understand’ brings us back to familiarity and reminds us why Faulkner is as popular as he is; that well-known guitar picking style. With a soft, whispering vocal, this track feels haunting.

By the end of the album, I’m simply mesmerised that Faulkner can continue to produce album after album that stuns me. With beautiful, emotional lyrics and enough instruments to fill an orchestra, this album has blown me away. Faulkner is well and truly on top form; merging his folk roots with many mainstream and abstract styles. Who knows what comes next, but the next album has a lot to live up to!