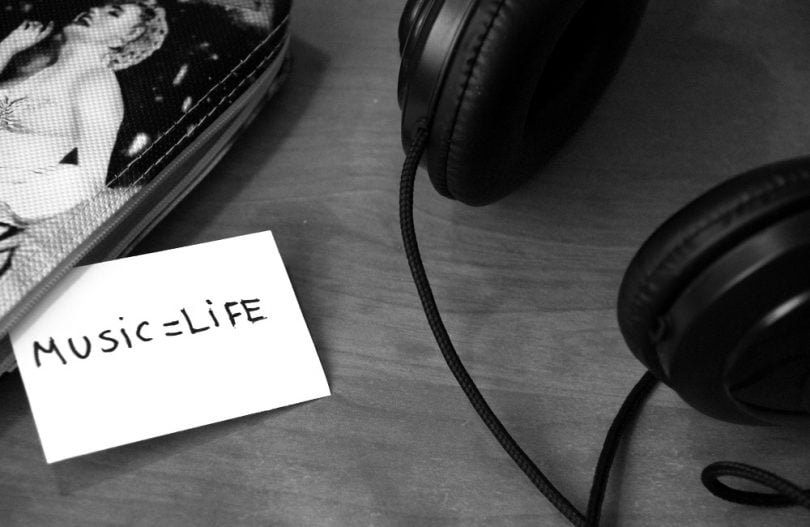 For most people, music is one of the most important things in life. It can inspire you, fill you with joy or even make you cry. But different music affects us all in different ways. Each week, I interview one of our writers or editors about the impact music has had on their life. This week, I talk to sports editor Matthew Drew about his life in music.

Describe your taste in music in three words.

Probably folk music, but that's such a wide category. Folk with a bit of something about it. Billy Bragg is one of my all-time favourites.

Your favourite song of all time?

What was the first album you ever bought?

A classic NOW album. I had a mainstream musical childhood.

First gig you went to?

Busted! I say that with pride.

What was the last song you listened to?

It was whatever the last song is on Lou Reed's album Transformer.

Which musicians do you admire?

I admire those who make something with their music. Billy Bragg is certainly a role model because he bloody believes in what he is singing. And it helps if you happen to agree with him too. I really admire that and try to do the same whenever I dabble in throwing some chords together.

What’s your opinion on music videos?

I love music videos because without them we wouldn't have the YouTube classic of Noel Gallagher commentating over Oasis videos. Worth a watch. Worth a million watches.

In your opinion, what’s the most annoying song of all time?

The Crazy Frog ringtone. Hands down. That scarred my childhood. Even hearing where it came from in Beverly Hills Cop didn't help me tolerate it. I'm shuddering as I type this.

Who do you think is the most overrated artist out there?

Anybody who makes a killing out of singing heavily-produced versions of songs written by a poor person with music in their heart and mind. There's a lot of them out there though so I can't really pick just one.

Where do you find new music?

I go to quite a lot of gigs and always turn up for the support band. That has thrown up a few gems. I went to one gig recently in Norway, where I lived for a short time, to see a singer/songwriter called Nora Konstanse. She was the main act but we just went because it was free and discovered this incredible artist. I thoroughly recommend giving the few songs that are on YouTube a listen. 'Return' makes me wilt.

Do you play any instruments?

I try to play guitar but if someone asks me if I 'want to have a jam' I immediately cower in my cave. Every song I've ever written revolves around a few chords. Maybe Oasis are my role models then.

Rock. I don't hate pop as a rule but there's certainly a correlation of complete tripe in that genre.

Oooh. Very hard one. I'd love to see performers from both genres covering each other's songs. There's a very non-committal answer for you.

What song will always cheer you up?

Anything I associate with a happy memory. 'Peach Plum Pear' by Joanna Newsom has that effect right now.

What song always makes you cry?

'Smother' by Daughter. Actually, almost anything from that album, If You Leave, but that is probably the winner.

I don't feel guilty about it, but I imagine some would scoff at how much I like Coldplay. Scrooges.

What does music mean to you?

Music is sort of the soundtrack to our lives in a way. So I always end up associating it with memories. So to me, it means that great night out we had, that song we listened to at the top of a mountain, that one I played after we first kissed. That sort of thing.

What do you love most about music?

I love that there is something for every mood and emotion. And if you know how you want to feel but aren't quite there yet then music is often a way to get there. But I also love how you can write a song about a Rubiks Cube (see Beans on Toast) and it still be brilliant.

If you could sit down for a chat with any musician (dead or alive) – who would it be?

Frank Turner. That man has had some adventures and I could learn a thing or two about drinking from him as well.

Tell us your best musical memory.

One day we hiked a mountain with a Bluetooth speaker tucked into someone's rucksack playing music from the Lord of the Rings. We went on an adventure that day mildly hungover and very lazy, but we didn't struggle for a second.

What's your best musical memory? Tell us about your life in music in the comments below!