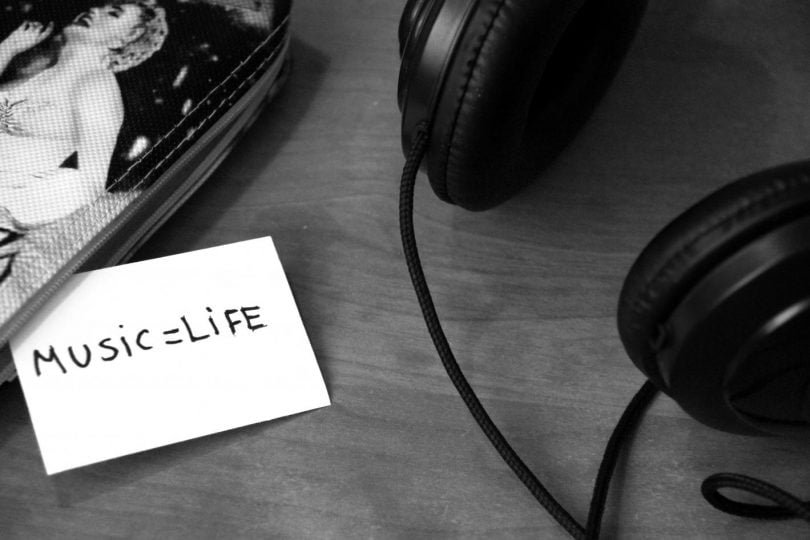 For most people, music is one of the most important things in life. It can inspire you, fill you with joy or even make you cry. But different music affects us all in different ways. Each week, I interview one of our writers or editors about the impact music has had on their life. This week, I talk to culture editor Gemma Hirst about her life in music.

Describe your taste in music in three words.

At the moment it is has to be the North East’s answer to Mumford & Sons – Cattle & Cane.

Your favourite song of all time?

‘Dancing Queen’ by ABBA – I swear that song is written about me. Whenever it’s played on the radio or at a disco, I am up on the dance floor having a boogie.

What was the first album you ever bought?

Oh god, now you’re asking! Back when it was open I remember going to Woolworths when I was little and using my pocket money to buy an album from Steps. I don’t remember which album it was, but I remember being so excited that I had it.

First gig you went to?

Well it depends on what you mean by gig. The first one I went to was Barney the Purple Dinosaur, but if we’re talking proper music, then it was Steps. When I was younger, I was (and still am) obsessed with them. I even remember where I was when they announced their split.

What was the last song you listened to?

Let me just get my iPod… Apparently it was ‘7 Years’ by Lukas Graham, so there you go.

Which musicians do you admire?

I love Sam Smith, he’s so down to earth and really takes time to create and think about his music. I love how he doesn’t get too caught up in the limelight, he appears to be very focused on his art and his fans.

What’s your opinion on music videos?

Well I have actually appeared in two music videos for the band Vinyl Jacket – ‘Painting Stations‘ and ‘Red Light‘ –  so it would be rude to talk badly of them. I think they add another dimension to a song, sometimes they can tell a story ot put another perspective on a song. If it’s a particular video that’s quite out there, then they can make a song more memorable.

In your opinion, what’s the most annoying song of all time?

‘What Does The Fox Say?’ does my nut in, it makes Crazy Frog sound like the best song ever. Seriously, I can’t cope when I hear it being played, the song makes no sense and those silly noises. Ahh, I just can’t deal with it! It isn’t music.

Who do you think is the most overrated band out there?

One Direction, they just need to go. Let’s be real, they’re just a group of ladies… sorry, lads, that Simon Cowell thought looked good, sorry, could sing well together. That’s the thing, poor Simon didn’t realise they can’t sing. They’re just another band for girls to fangirl over. Zayn, you did the right thing by leaving when you could.

Where do you find new music?

Usually I listen to BBC Radio 1 Introducing, or when I’m on Spotify I see what other people are listening to and I tend to check those artists out too.

Do you play any instruments?

Funny story, I used to play the clarinet and saxophone but when my teacher kept on cancelling lessons I gave up and never made it to take a grade.

Classical, I love a bit of Andrea Bocelli. It chills me out after a hard day at uni.

What song will always cheer you up?

Oh, it has to be ‘Cheerleader’ by OMI, it reminds me of summer and drinking cocktails. Although I used to think that the lyrics were, “Oh I think that I’ve found myself a cherryade it was always right there in my freezer….”

What song always makes you cry?

‘When We Were Children’ by Cattle & Cane – the story behind that song is really sad and I can easily relate to it so whenever I hear it, it brings back some memoires that are very emotional and thus brings a tear to my eye.

What is your musical guilty pleasure?

‘Karma Chameleon’ by Boy George. I swear I was born in the 80s – if you play any song from that era I can tell you the song, the artist and the year it was out. I love anything 80s, it’s so cheesy and upbeat. Being a 90s kid I shouldn’t like it, but I do.