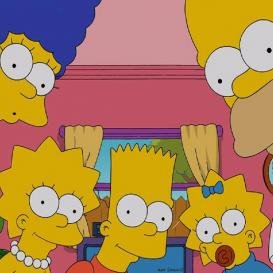 Our favourite family from Springfield—Homer, Marge, Bart, Lisa and Maggie Simpson, have been on television 25 years this week. There are a lot of memorable episodes that its millions of fans come back to see time and again, amid criticism that the programme has declined in quality in recent years, from Homer’s new snow removal business with the catchy song in “Mr Plow” to Bart’s clever way to spoil Sideshow Bob’s plans of killing him in “Cape Feare.”

Indeed, I have my favourite episodes of the longest running cartoon series in American prime time television, and all its depictions of culture and mockery of the Fox network thrown in. There are more than the four listed below, but these four are ones I can never get tired of.

As NASA (the US space agency) looks to regain interest in the general public in space, Homer is selected to go into space on its next mission. However, things go a bit wrong as the ship heads into outer space, and Homer attempts to fix it in one of the most hilarious moments.

Long after The Simpsons launched, the anthology of Halloween shorts known as Treehouse of Horror came alive. The selection from 1994 is my favourite of all of the ones created, long before the finale of the game known as America’s pastime, baseball’s World Series, forced its airing in November.

In order to keep his job at the nuclear power plant, Homer must return to university to pass a course in physics. However, the sphere of a traditional university experience may raise questions on if he can do it.

Homer goes to Capital City with his new female colleague, Mindy Simmons, who has similarities to his personality and traits. They grow attracted to each other, but will Homer stay faithful to Marge?

What is your favourite episode of The Simpsons? Have your say in the comments section below.