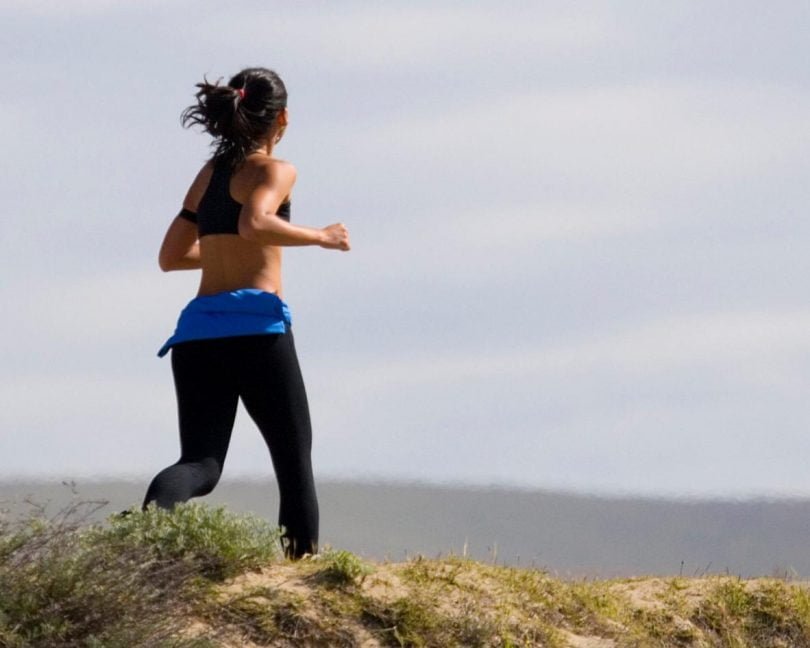 Back in May, on my morning run (yes, I know that sounds like it is an everyday occurrence but sadly it's more like a four times a week experience) I was chased around the park by a dog. A ginger Pomeroy I believe. Not a huge specimen but fast, strong and obsessed with my ankles.

The first time I encountered the ginger fireball I jumped around it and laughed it off. It ran at me, I had time to see it and moved out of its way. On my second encounter I was not so lucky. Having just reached my 2K mark I was approaching a bend on the path when out of nowhere this flash of ginger arrived from my left and knocked me off my feet sending me flat out on the floor. His job done he continued into the trees followed by two of his rather lazier companions, while I was stunned into wondering what the hell just happened.

I sat up with a painful wrist. I had tried to break my fall right at the end as to be honest I hadn’t seen it coming. I was too shocked to get up for a moment and began to have a teeny bit of sympathy for footballers who stay down after a particularly violent challenge. After a moment I began to look around and saw the lady who had been walking the dog come jogging over. She was mortified and asked if I was alright. “Yes, I’m okay, just rather shocked and a sore hand, but otherwise okay.” I began to get up and felt there would be a few bruises coming my way later on.

“I’m so sorry. He came right at you. And the thing is I’m not the owner. I’m walking it for my terminally ill father.”

“I’m fine, I’m okay, please don’t worry,” I replied. I’m so British. He could have broken my ankle, wrist and shoulder and I’d still be telling her not to worry! I dusted myself down- there were leaves and dried twigs on the path- and carried on my way. Picking up on my King Lear that I was listening to on my phone, drama indeed, I checked my eyes – I could still see and off I went.

There is running in the rain and there is the risk of drowning. Run not happening today.Tea,editing, reading & writing instead!

How far should I take this?

I ran 12.2K that morning. The most kilometres I’d covered at that particular time. Two firsts in one day…and there was to be a third.

So what could be the third first I hear you ask? And you’re right, it isn’t easy to say that, is it?

Built for comfort, not speed

Around forty years ago I was at school in Boscombe. Every so often – and far too often I thought at the time – we had to partake in a cross country run during double PE. For a chubby 11 year old, through to 15 this was the nightmare of nightmare PE lessons. I was not built for speed, but comfort. I hated the thought of running especially as I hadn’t a hope of coming anywhere but behind the other red faced stragglers at the end. I didn’t even have the guts to cheat like a few did. It was humiliating and exhausting. So what better reason, now that I’ve found I enjoy running and all the benefits it brings, than to enter the half marathon. I still don’t run to win, I’m still not built for speed but I’ve grown within myself, found confidence and want to prove to my 11 year old self there was nothing to be afraid of. I’m going to relish it, enjoy it and knock myself out. That is if a ginger Pomeroy doesn’t get there first.