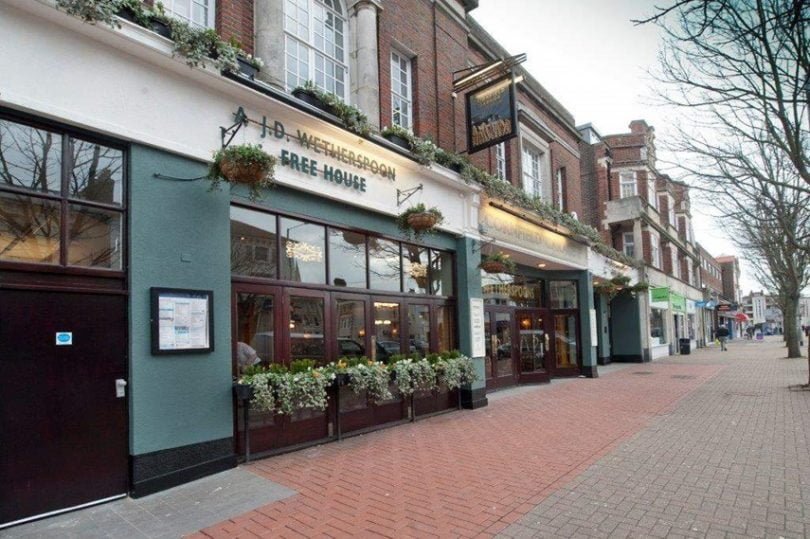 Who isn’t partial to a cheeky ‘Spoons? It suits all occasions- meeting up with friends and family, your mate’s birthday pre drinks, or any pre drinks, a decent, cheap breakfast. Craft beer and ale, cheap pitchers of cocktails and wine, and endless amounts of deals (you cannot beat a Thursday curry club night!) the list goes on and on and on.

There are just fewer than 1000 branches of Wetherspoons in the UK, an increasingly growing figure. It even introduced a smartphone app in which you can actually order your food and drink to your table. I’ve visited several Wetherspoons in the UK- all of the Brighton branches, several in London, Gatwick Airport, Chichester, Bognor Regis, Tunbridge Wells and even Cardiff. However none of these have stood out to me like my local Wetherspoons in Eastbourne- The Cornfield Garage. 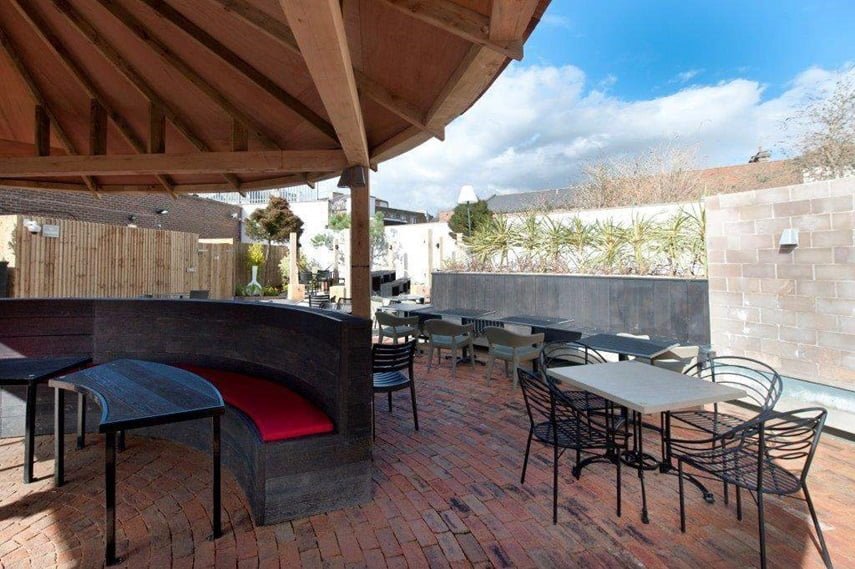 The Cornfield Garage was renovated in January 2015- it was previously incredibly cramped and impossible to get seated, and just generally chaotic. The garden was average- nothing special and once again not always possible to get seated. However, after only being closed for a few days (although the garden had been closed for at least a couple of months for landscaping) they managed to transform it into this amazing and spacious bar, pretty much doubling its capacity.

The previously average garden now has a proper smoking area shelter which is well lit with fairy lights and lamps, so smokers don’t have to stand outside getting drenched during the miserable months. When it isn’t raining, there is extended seating, a comfortable gazebo, an electric fireplace (although misleading as it doesn’t give off any heat!) and two separate areas for smoking and non-smoking. 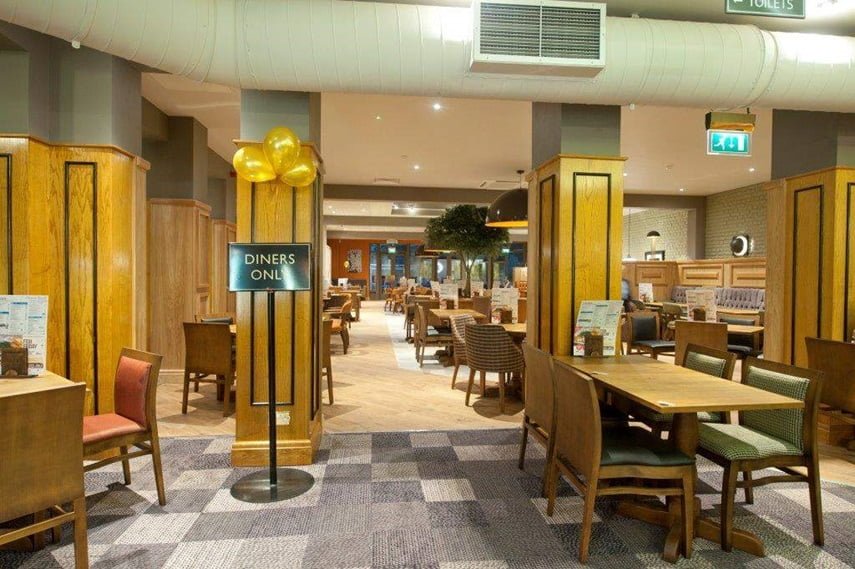 The extended area for diners only has a real fireplace, making it feel homely and you often feel like having a nice nap having consumed several glasses of prosecco. It reopened just in time for the night out I had to celebrate my 19th birthday, hugely convenient as on my actual birthday we had a “quiet one” in Eastbourne’s other Wetherspoons: The London and County, which is in need of a refurbishment, in my opinion. They are both located slap bang in the middle of the town centre and receive a lot of passing trade for shoppers in need of refreshments, elderly people having a catch up and youngsters meeting there before they hit the bars and clubs. 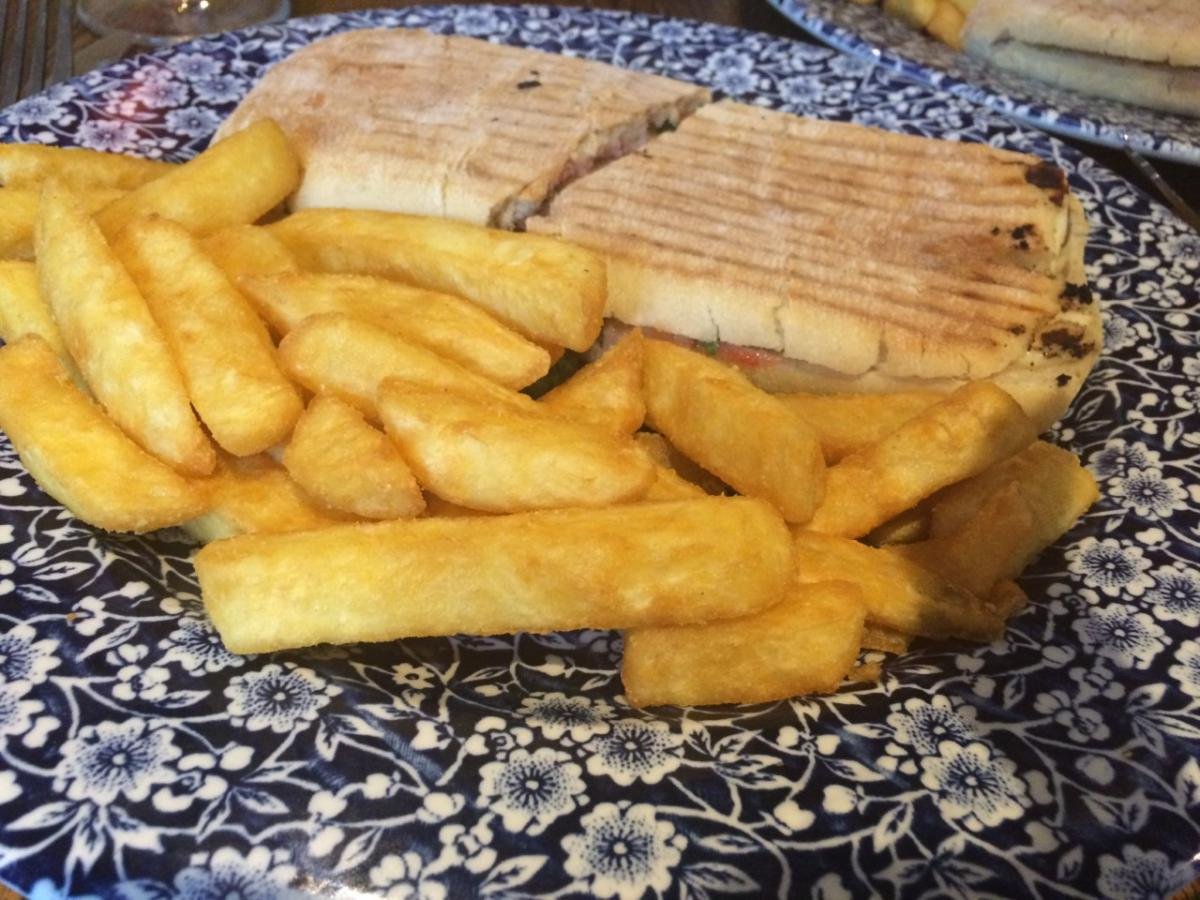 Even though I come here in at least a fortnightly basis, I decided to do a review of one of my visits. After a stressful morning of having an appointment at the bank, I headed to The Cornfield Garage before I went on to complete my shopping. Arriving at around 11.40am on a rainy, miserable Saturday in November, I was surprised at how busy it was. I managed to get a table in the dining area, and surprisingly it even had the correct amount of menus, a bit of a luxury for any Wetherspoons! (I recently visited the Bright Helm, Brighton, and not even the staff had a single food menu!). The Christmas menu had just come out this week, so I opted for a halloumi and cranberry panini accompanied by chips and a large glass of rosé. The other Christmas meals included a chicken, stuffing and cranberry panini, a brie and cranberry burger, a chicken and stuffing burger, stuffed turkey and winter vegetables or a creamy mushroom risotto.  The cost of the meal? £6.09! You really cannot knock their prices, and it was hardly a surprise that it’s always so busy. In most upmarket restaurants, you cannot get a glass of wine alone for that price.

Anyway, even though the bar was fairly busy, they had four (incredibly efficient) staff working, so the queue quickly dwindled. When it came out, it was presented rather averagely. The chips were absolutely gorgeous- light and fluffy in the middle, and a deliciously crispy batter on the outside. I wasn’t sure how I would feel about the combination of cranberry with halloumi in Panini, although once I tried it, I’m glad that I did. The cranberry sauce, although very sweet, went well with the saltiness of the halloumi. The texture was lovely; the rubbery feel of the halloumi with the soft bread complimented the crispy chips perfectly. My one complaint is that the Panini could have been warmer, although the waiting staff were absolutely rushed off their feet, so it’s likely my meal may have been waiting for a few minutes before I received it. On the whole, I left as a very satisfied customer. 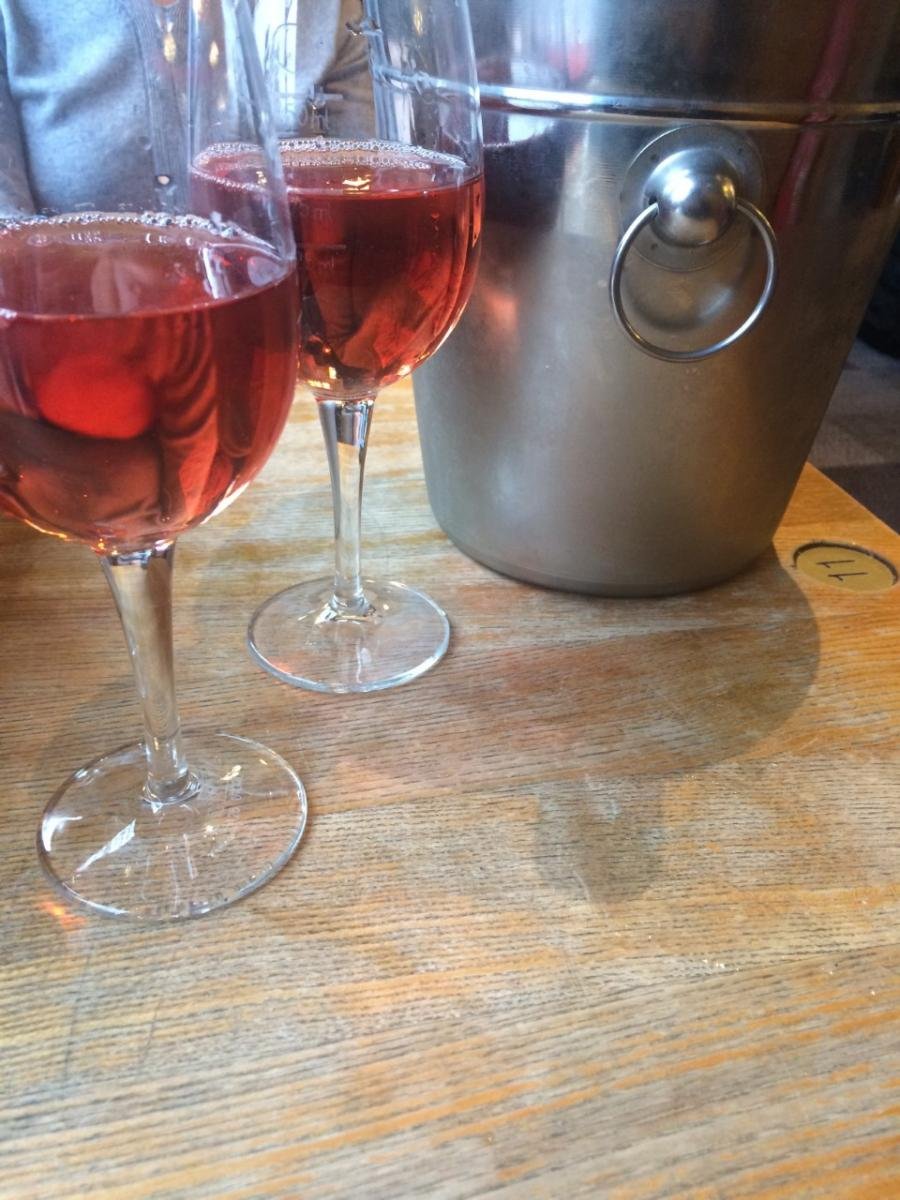 I visited again once I had finished shopping for another lovely glass of rosé (or two!). I wanted to order online, however the ordering app was unavailable on my phone. This was my fault though, as I hadn’t updated it for a while. I was a little disappointed that they didn’t have the mulled cider which was my absolute favourite drink to exist this time last year. I went for one of my favourites- the Hardy’s Private Bin 2016 rosé. It was incredibly refreshing and quite sweet, with notes of strawberries. At a reasonable 11.5% I felt fine to walk home in the cold and rain afterwards, although a little mellow!