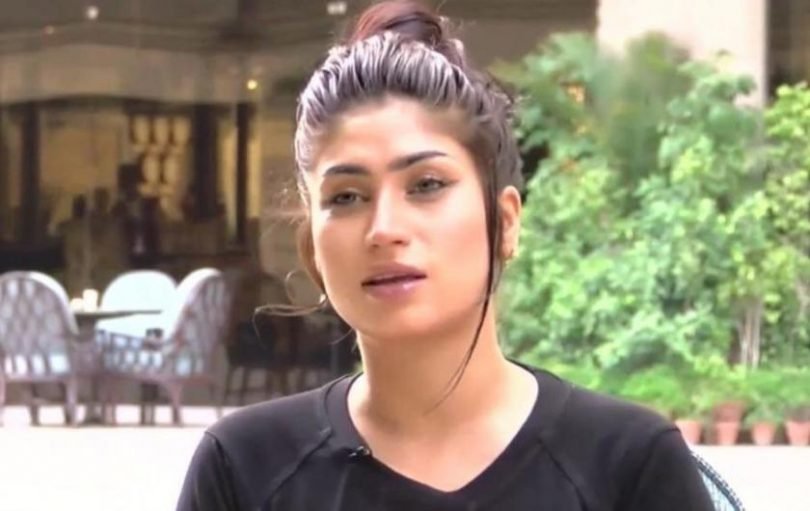 JULY 19th marked the first national memorial day for ‘honour killing’ victims. The National day of Memory for Victims of Honour Killings, was created to raise awareness, tackle the scale of the issue within the UK, and honour those abused.

If you’re wondering what an ‘honour killing’ is, I can tell you whole heartedly that it is murder, plain and simple. Honour cannot justify taking someone’s life, and the UK criminal justice system cannot either hence we no longer have the death penalty. It is not acceptable to allow murder for the sake of another cultures opinion or tradition, murder is murder, whatever the context, justifiable, or in this case, definitely not.

The murder of Quandeel Baloch has been ‘justified’ by some due to her actions bringing ‘shame’ on her family’s reputation. However, the only shame lies within the warped logic of the holders. Qandeel was failed by society in both life and death.

She was forced into an arranged marriage at 17, to a man whom she referred to as an, “animal,” much older than her. This is so commonplace that Unicef estimated 21% of girls are married off before the age of 18 in Pakistan. She made allegations of abuse against him, but risked losing her family’s support if she left him and brought dishonour on the family. Regardless, the working class girl fled to a women’s refuge, and put herself through education by working several jobs.

Life has taught me lessons in a early age…My Journey from a girl to a SELF DEPENDENT WOMEN was not easy.#Qandeel pic.twitter.com/Mwyn4UC32z

She financially supported her family after gaining a strong online presence after posting provocative photos and videos. She bought them the house in Multan, where her brother later strangled her because, he said: “Girls are born only to stay at home.” That attitude alone is shocking, but even more shocking is how a privileged male strangling a ‘subordinate’ female sibling can be construed as honourable?

Luckily, her father has not forgiven his son for the violent murder, and therefore the legal system loophole that allows murders to go free if the families deem it so has been avoided. It is unfortunate that women have been dehumanised to the extent that their murders can be pardoned, and their families can be the ones to allow it. How can Quandeel’s brother have a guilt free conscience, and be allowed to do so by a patriarchal Pakistan society?

This problem is bigger than just the East, where approximately a thousand women are killed yearly for the sake of ‘honour’. According to a report by The Henry Jackson Society, 18 cases of ‘honour killings’ were committed in the UK alone between 2010 – 2014, but campaigners fear this figure is actually much higher. Whilst UK police forces recorded more than 11,000 cases of ‘honour’ crime between 2010 and 2014, with many more victims potentially being too fearful to come forward and report the abuse.

The issue was discussed in the House of Commons, and Theresa May said there is, “No honour,” in the killings and they are looking at tackling the extremism root causes within the communities that believe otherwise.

.@Theresa_May says there is "no 'honour'" in Qandeel Baloch's killing #PMQs https://t.co/Wwa1QYffnI

Women should be free to live their own lives in both public and private spheres, without the fear of getting killed for their actions, potentially by those who are supposed to care for them. Quandeel called herself a #OneWomanArmy, but with ever growing awareness being raised, hopefully more will join forces to tackle the misogynistic murders being called anything other than what they are, and fight to fix the warped perception of what it means to be honourable.